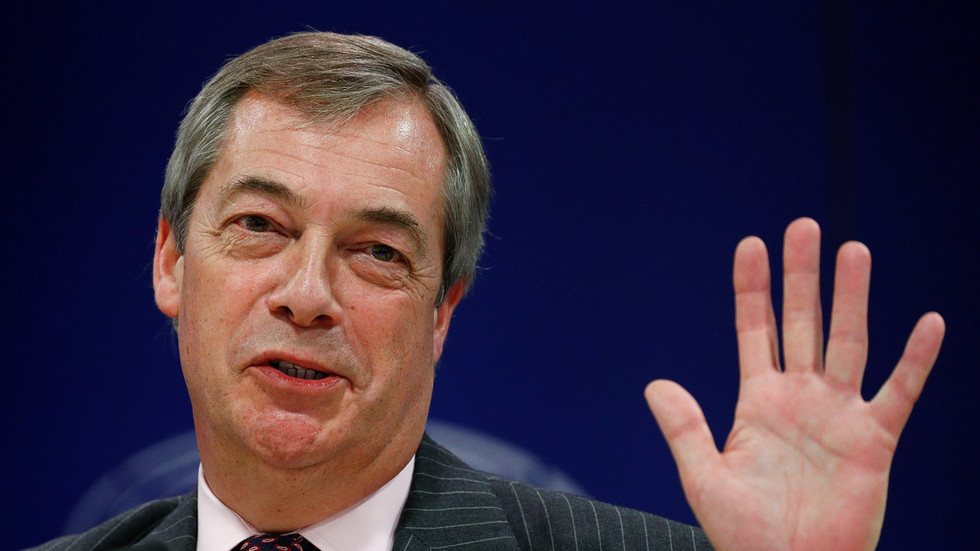 Brexit Party leader Nigel Farage marked the UK finally leaving the EU, some three and a half years after the country voted to do so, by unveiling a portrait of himself as ‘Mr Brexit’. The artwork has not been well received online.

The portrait by artist Dan Llywelyn Hall was unveiled by Farage and British comedian Jim Davidson at L'Escargot Restaurant in London on Thursday, a day before the UK officially withdraws from the EU.

As social media swiftly proved, everyone’s a critic, and Twitter commenters were quick to pile in with their jibes at the “distasteful” painting. “Twitter *really* needs to add a dislike button,”one person tweeted, as another remarked: “It's monumentally terrible.”

It looks like one of those Paintings by Numbers kits

A few people questioned if this was all some kind of stunt for a parody television show, while several posted their own photoshopped versions of the portrait, including depicting Farage in the style of Edvard Munch’s iconic artwork, The Scream.

I want someone who looks at me the way The Picture Of Nigel Farage looks at Jim Davidson. pic.twitter.com/JxNhrNvslM

It’s not the first time the Leave campaigner has been immortalized on canvas: a portrait of Farage painted by artist David Griffiths and priced at £25,000 was featured at Britain’s prestigious Royal Academy of Art summer exhibition in 2018. The artwork failed to attract any buyers.