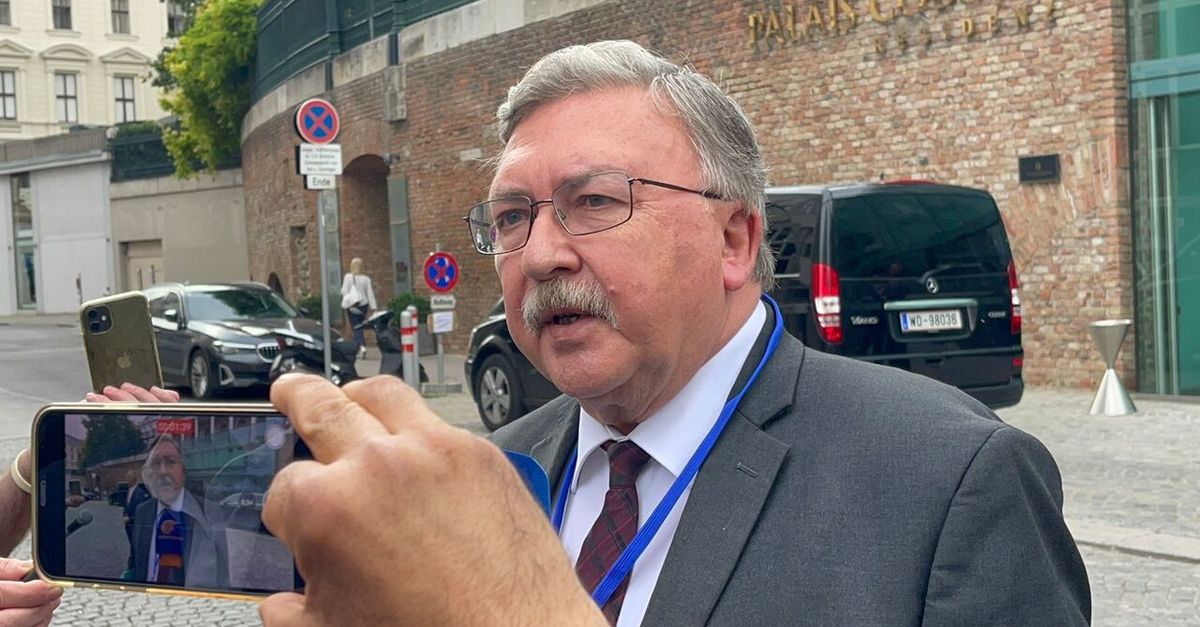 Listen to the article
0:00
0:00
Diplomats engaged in Iran nuclear talks in Vienna sent conflicting messages on Sunday regarding possible progress to reach an agreement over reviving the 2015 deal.
While Russia’s ambassador Mikahil Ulyanov expressed optimism, the US envoy Rob Malley was quoted as voicing disappointment, and Tehran urging Washington to be flexible.

Indirect talks between Iran and the United States to save the 2015 pact resumed in Vienna on Thursday after 16 months of negotiations without reaching a deal.

During a Sunday phone call with UN Secretary General António Guterres, Iranian Foreign Minister Hossein Amir-Abdollahian said that Supreme Leader Ali Khamenei's fatwa (religious decree) on prohibition of using nuclear weapons makes it clear to everyone that nuclear arms have no place in Iran's doctrine and are against its policy and beliefs.

Amir-Abdollahian also called on the UN nuclear watchdog, the IAEA to technically resolve the remaining issues regarding Iran's nuclear activities before 2003, and "distance itself from non-constructive political issues".

IAEA has discovered unexplained traces of uranium at three sites in Iran used for secret research and development prior to the discovery of the country’s nuclear program. The watchdog says that so far Tehran has not convincingly explained why there was uranium in these sites.

Amir-Abdollahian went on to repeat Iran’s public posture that the success of indirect talks between Tehran and the United States depended on flexibility from the American side. “We are serious about clenching a strong and durable agreement and the negotiations are now going on in Vienna with seriousness. Of course, the outcome of this issue depends on whether the United States wants an agreement to be reached [and] whether the US shows necessary resilience and realism in practice.”

Washington and its European allies say that they have made a reasonable offer and the onus is on Tehran to make a decision.

Also on Sunday, Russia’s chief negotiator Mikhail Ulyanov expressed hope about agreement in the Vienna talks, saying that there has been “progress” on resolving safeguards-related issues but “it has not been fully settled.”

“They are sensitive, especially for Iranians and Americans. I cannot guarantee, but the impression is that we are moving in the right direction, and the number of unresolved issues is minimal. Just three or four and some of them are almost settled… We’re talking about days, not weeks… I will not be surprised if we finish our exercise successfully very soon,” he told reporters outside Vienna’s Palais Coburg.

“We stand 5 minutes or 5 seconds from the finish line,” Ulyanov said, repeating the exact wording that he had used in February.

Enrique Mora, the European Union’s top negotiator, also said he is “absolutely” optimistic about the talks’ progress so far. “We are advancing, and I expect we will close the negotiations soon,” he added.

According to Iran International’s correspondent Ahmad Samadi at the venue of the talks in Vienna, US Special Envoy for Iran, Robert Malley, has reportedly told one of the participating diplomats at the talks that he is not hopeful about this round of the negotiations. Malley, however, has not made any comments to reporters during the ongoing round.

"Unlike what certain Western media reported, none of the previous outstanding issues of Vienna Talks has been removed from Iran delegation's agenda, and the ideas presented by Iranian officials have been raised in the talks," said Nour News, a website affiliated with the secretary of Iran's Supreme National Security Council (SNSC), Ali Shamkhani.

An adviser to Iran’s nuclear negotiating team said on Saturday, August 6, that some progress was made in Vienna, but issues remain and chances for an agreement is 50-50. Mohammad Marandi told the Arabic Al Mayadeen television, “I don’t know if we will reach an agreement, but the chance is 50 percent.” He stressed that the remaining issues are between Iran and the United States and “there are no differences with Europe or Russia.”
#ANT
Add Comment