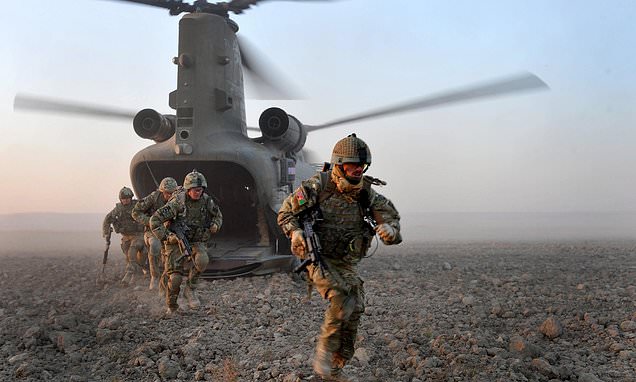 Some 1,500 officials are now working in the UK and in Afghanistan to assess claims of former UK staff living under a Taliban death sentence. The United States began its airlift of interpreters.

Ministers are to take personal charge of Britain's Afghan interpreters rescue programme in a desperate bid to speed up the relocation process.

After fierce criticism, they have ordered a 'doubling of the pace' at which the scheme is administered, with a wide review of rejected cases.

Some 1,500 officials are now working here and in Afghanistan to assess claims of former UK staff living under a Taliban death sentence.

It comes as the United States began its airlift of interpreters and militants continued their relentless advance across the war-ravaged country.

A 'mercy flight' of 221 Afghans, including children and babies, touched down in the US state of Virginia yesterday.

Up to 50,000 former US workers and their families are set to follow as part of Operation Allies Refuge.

Today the Daily Mail reveals the shocking story of Farid, a translator whose bid to relocate to Britain under the Afghan Relocation and Assistance Programme (ARAP) was rejected – even after he was shot by suspected Taliban gunmen.

The US is willing to airlift interpreters and families, whose applications are pending, while generally UK interpreters must wait in Afghanistan for their applications to be accepted. Only then are they permitted to travel to Britain.

On numbers rescued, however, the UK is ahead of the US with more than 2,000 Afghans already relocated to Britain, with around 400 to arrive this week. 'We are light years ahead of the Americans', said a senior British official.

But Sir Keir said: 'The interpreters in Afghanistan have been hugely important to us and we owe them a moral duty to look after them. I would like to see our Government matching the US's commitment and the sooner we are able to do this, the better.' 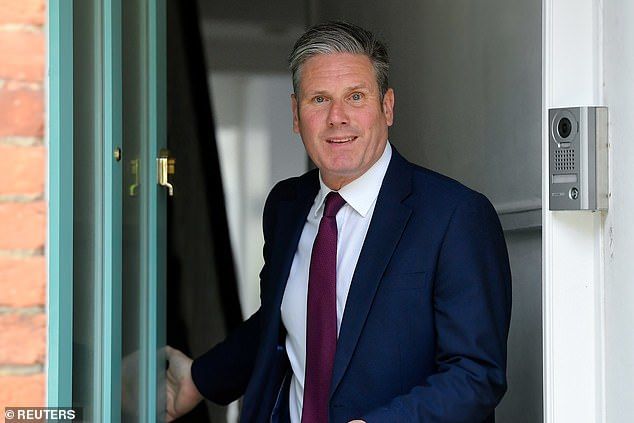 Since British troops and Western allies withdrew, the Taliban has expanded territory, controlling at least half the country. Experts fear the national government could fall in six months.

In response, 40 former senior military officers warned the Prime Minister that Britain faced 'dishonour' if any UK interpreters were murdered.

Just hours later sources indicated Britain might be willing to bring interpreters over 'on spec', to wait here while their cases are considered. But there has been no official confirmation this will be implemented.

The Daily Mail has highlighted the plight of the translators with our award-winning Betrayal of the Brave campaign.

Yesterday Conservative MP Tom Tugendhat, who served in Afghanistan, said: 'We need the bureaucracy and the system to catch up. Some interpreters had their service terminated for disciplinary reasons [preventing relocation]. But are issues worth a death sentence? Anyone found by the Taliban will be killed and so will their families.'

Last night a Ministry of Defence spokesman said: 'Nobody's life should be put at risk because they supported the UK Government in Afghanistan.

'Our Afghan relocation policy is one of the most generous in the world and has already supported over 2,300 former Afghan staff and their families to start new lives in the UK, with 1,000 of them arriving over the last few weeks alone.

'As we continue to significantly accelerate the pace of relocations, hundreds more will follow.'