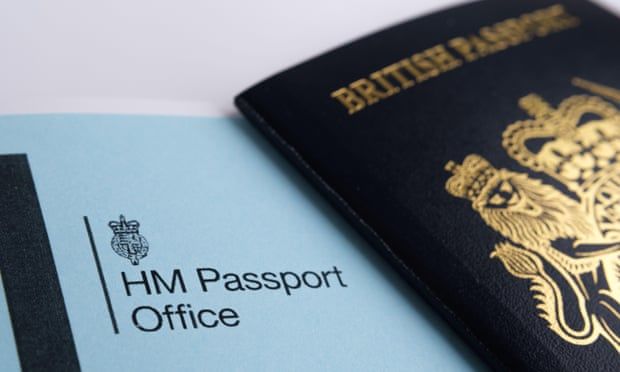 French multinational was missing targets for calls and emails as far back as May 2021, documents show
Warnings about the “unsatisfactory” performance of the private firm running the beleaguered Passport Office advice line were made to government ministers more than a year ago, it can be revealed.

Teleperformance, a French-owned multinational, failed to meet targets for responding to calls and emails as early as May 2021, according to official documents seen by the Observer.

They show that a review of its performance last summer concluded that it needed improvement. But instead it worsened over the following months, prompting officials to pledge that they would work with the firm to improve standards.

The revelation comes amid a mounting crisis at the Passport Office, with thousands of people unable to travel for holidays, weddings, funerals and family emergencies due to application delays.

MPs were told last Wednesday that around 50,000 Britons had been waiting more than 10 weeks for their passports, with 550,000 applications in the system in June.

The department is said to have too few staff to deal with post-pandemic demand and has failed to attract new recruits quickly enough.

Teleperformance, which does not process passports but is the first point of contact for people seeking advice on their applications, is accused of worsening the backlog by providing unhelpful and sometimes even inaccurate advice.

Customer service agents, who are paid just above minimum wage and work from home, in many cases do not have the security clearance needed to access details from the secure Home office system.

A whistleblower said people were turning up at passport offices “in their droves” after getting a “bad service” from the helpline, leaving other staff working for the service to pick up the pieces. “By the time customers come to us they’re saying they’ve been cut off, had the phone put down on them, been told they’ll just have to wait for someone to get in touch and then no one gets in touch. They’re really angry,” she said.

She added that the “sheer volume” of applications combined with staffing pressures meant workers processing the documents “just can’t get through them all”.

On Friday, Dame Diana Johnson MP, chair of the home affairs committee, urged the Home Office, which runs the Passport Office, to review its five-year, £22.8m contract with Teleperformance, whose helpline she said was “one of the biggest frustrations cited by applications”.

In a letter to the home secretary Priti Patel, she said the department must focus on “upskilling call operators” so they could access secure systems and “provide meaningful, timely and useful advice”. She said she was “extremely disappointed” by “the refusal” of Teleperformance to appear before the committee, which she said raised questions about the accountability of Home Office contractors.

Ministers first knew that Teleperformance was not hitting targets last summer after an official report found that its running of Home Office contact centre services “did not meet threshold levels and was unsatisfactory” by several measures.

By October its performance rating on answering calls and emails promptly had fallen further to “inadequate”, according to a subsequent audit. It said the supplier and Passport Office were “working closely” to improve the service by “increasing the number of security-cleared staff required to undertake the work” – yet the same problems were being raised by MPs last week.

Stephen Kinnock, Labour’s shadow minister for immigration, said the “meltdown at the Passport Office” was having a “catastrophic impact” on people across the UK.

“Priti Patel was warned by officials last year that the Passport Office was underperforming and was not going to be able to cope with the entirely predictable post-lockdown surge, but she didn’t lift a finger,” he said.

The Public and Commercial Services Union said: “This situation is not a failure of staff, who work tirelessly to meet demand, but a failure of the government.”

The Passport Office said that since last April it had told people to allow up to 10 weeks for passport applications as a result of increased demand. A spokeswoman said 97.7% of applications were processed within that time in the first half of 2022, but that people should “apply with plenty of time prior to travelling” because the Office could not “compromise security checks”.

​Teleperformance UK said: “Over the past months, Teleperformance has worked with its client to handle an unprecedented surge in volumes and our current service levels have significantly improved.”
#Priti Patel  #Johnson
Add Comment