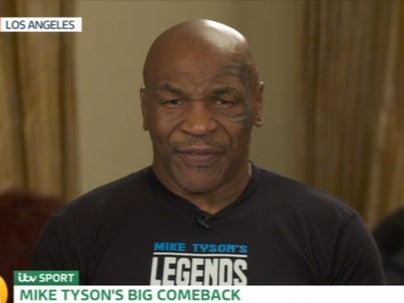 Mike Tyson has responded to his “uncomfortable” appearance on Good Morning Britain, following concern from viewers.

The heavyweight legend appeared to be slurring his words and breathing heavily in the live TV appearance this morning (13 October). He could also be seen repeatedly touching his head, closing his eyes and dropping his head.

On Twitter, Tyson directly addressed Piers Morgan, one of his interviewers, and explained that he was barely awake due to the time difference between London and Los Angeles, where he is based.

“Hey mate @piersmorgan and UK,” Tyson tweeted. “I tried to stay up late for interview but fell asleep and like a lion I’m hard to wake once sleep [sic].

“Training hard and going to bed early. I had no monitor so I couldn’t see you guys and forgot to look into camera.”

During the interview, Morgan and co-presenter Susanna Reid attempted to continue the conversation with Tyson despite long pauses and short answers.

Tyson, 54, was being interviewed about his decision to come out of retirement to fight Roy Jones Junior.

“How do you feel, are you in the kind of nick you were in 15 years ago?” asked Morgan, to which Tyson replied: “Pretty much, I am just ready to do this, I feel really good, I am ready to do this.”

Many viewers tweeted their concern for Tyson, for whom it was late in the evening in Los Angeles at the time of the TV appearance.

"That was awkward viewing. Mike Tyson did not sound a well man. #GMB,” tweeted one person. 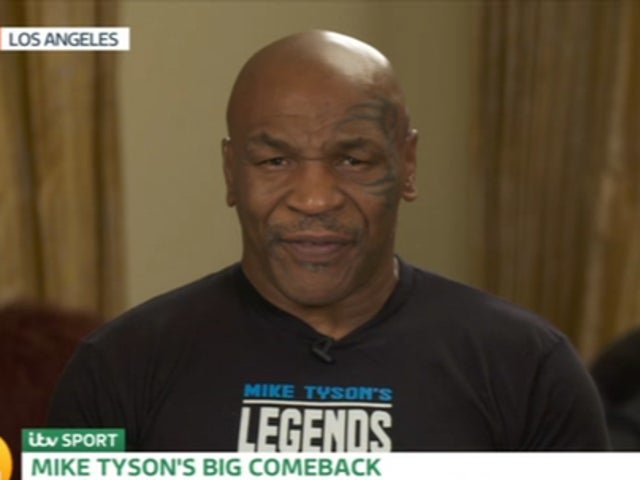 “Oh dear,” added another, “Mike’s not all there. He must have forgotten he was coming on TV! They need to wrap up this interview ASAP."

Tyson and Jones Jr have been told that their planned return to the boxing ring is “plain dangerous and wrong” due to their ages and health by the brain injury association Headway.