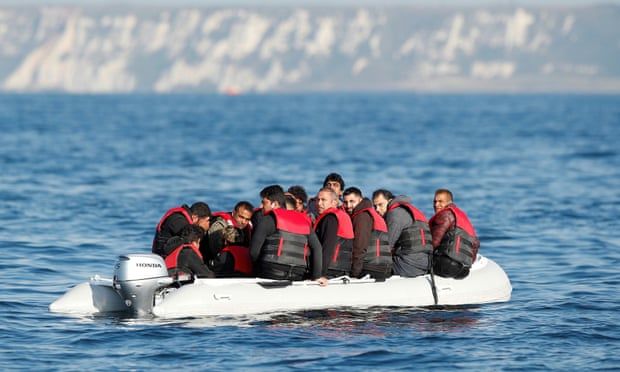 Migrant website set up by Home Office decried as ‘unethical’

Site offering supposedly independent advice is part of a £23,000 government social media campaign
The Home Office has been censured for setting up a website that purports to provide independent advice to migrants considering travelling to the UK – but without making it clear that her department is behind it.

It has been reported that the Chartered Institute of Public Relations (CIPR) condemned the Home Office for producing an “unethical” website aimed at deterring people from attempting to seek refuge in the UK.

This comes as it has emerged that the Information Commissioner’s Office (ICO) has received a complaint about the Home Office’s campaign to deter migrants from coming to the UK without making clear that the information comes from the department. The ICO is considering whether to launch an investigation.

The migrantsonthemove.org website, created by the Home Office, states: “The UK asylum process does not offer any advantages. It is safer and easier to apply for asylum in the country you’re in now.”

The front organisation, On the Move, has been promoted to asylum-seekers in France and Belgium as part of a £23,000 social media campaign by the Home Office.

The CIPR has accused the Home Office of “a lack of transparency” in creating a website that claims to be a reliable and objective source of information but does not disclose its publisher.

Despite this reprimand, there was no visible correction or clarification on the website on Saturday stating that it is a Home Office website. It states that the contact details and IP address of anyone who contacts it will be logged, that the website’s privacy policy may change and that sometimes other (unspecified) organisations are used to support the website’s services.

It contains various photos including one of two women wearing hijabs and another which appears to be of thousands of migrants crossing a sun-dappled park.

There is also no indication that the Home Office PR campaign has deterred migrants from coming to the UK. So far this year, more than 10,000 migrants have crossed the Channel in small boats, a higher number than in any previous year.

Mandy Pearse, the CIPR president, said: “Transparency in PR practice is critical to maintaining public trust and confidence in our institutions. That is why it is so important that those working in the public sector adhere to the highest standards of ethical practice. In this case the Home Office has not done that.”

She added: “The intention of deterring people from risking their lives with people smugglers is laudable, but the execution of this campaign has fallen short of the standards we would expect.”

An ICO spokesperson said: “Organisations must use people’s data transparently. This means organisations must be clear, open and honest with people from the start about who they are, and how and why they use their personal data. We have received a complaint on this matter and we will be assessing the information provided.”

Clare Moseley, the founder of the charity Care4Calais, expressed concern about the inability to stop such websites operating. “I’m shocked that our government is determined to spend time and money misleading vulnerable people.”

A Home Office spokesperson said: “We are seeing an unacceptable rise in dangerous and unnecessary small boat crossings. While lives are at risk, we make no apology for providing potentially lifesaving information to migrants and highlighting the risk of these deadly journeys.

“The migrants communications campaign ran to deter migrants located in France and Belgium who were intending to make dangerous attempts to enter the UK by small boat or hidden in lorries over the winter months. The campaign’s website was promoted through the social media posts, which had clear Home Office branding on them.”
Add Comment