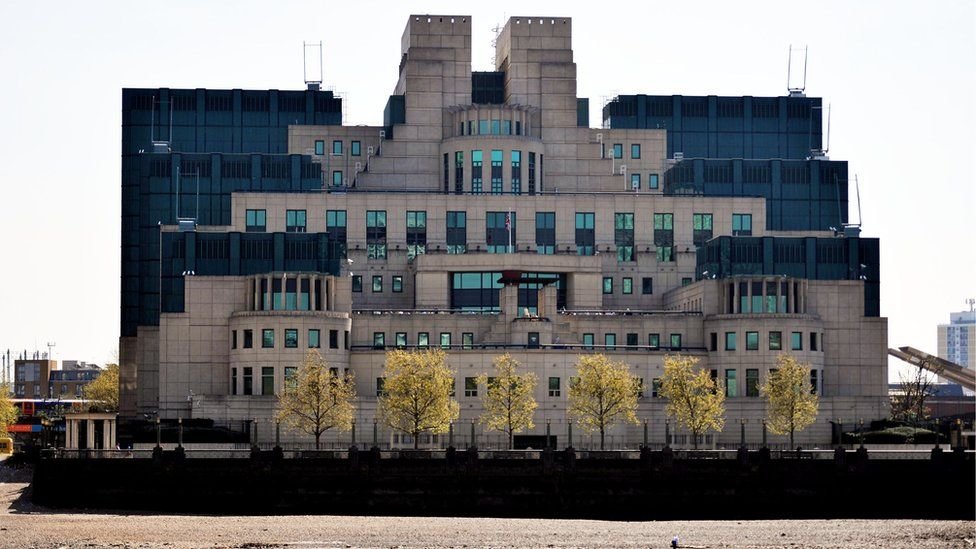 MI6 'may be committing crimes in UK'

MI6 agents and informants may be committing crimes in the UK, a watchdog has revealed.

The Investigatory Powers Tribunal disclosed the ruling despite government attempts to keep the matter secret.

It also said questions raised should be disclosed to campaigners, who have been asking for greater legal clarity over what the intelligence agencies can do.

It comes a day after the intelligence services watchdog raised its own questions about some MI6 activities.

Since 1994, MI6 - the UK's foreign intelligence service - has been able to authorise people that it recruits to help the UK overseas to commit crimes as part of its targeting of threats to the UK.

That power has long-been dubbed the "James Bond clause" - but it does not explicitly permit criminal operations in the UK.

Unprecedented legislation that clarifies how agencies recruiting undercover informants can authorise them to commit crimes is reaching its final stages in Parliament.

The disclosure of crimes potentially committed by people supplying MI6 with intelligence has come amid a long-running court battle over whether such secret undercover activity can ever be legal.

While the legal battle has revealed details of how MI5, the domestic security service, authorises crimes by its informants, Wednesday's disclosure by the Investigatory Powers Tribunal (IPT) is the first indication that MI6 may be doing the same.

In the ruling, the IPT rejected secret submissions from the government to keep the entire matter behind closed doors.

The disclosure came the day after the annual report of the Investigatory Powers Commissioner, the watchdog that overseas the secret agencies, revealed that one of MI6's agents overseas may have gone rogue and committed serious crimes.

The report says that in 2019 the secret agency had recruited a potential agent overseas and had sought a standard authorisation from the foreign secretary for the individual to potentially commit crimes as part of their work for the UK.

The report does not state which foreign secretary it was.

"The Secret Intelligence Service [MI6] identified a risk that the agent may be involved in serious criminality overseas," said the report. "SIS did not encourage, condone or approve any such criminality on the part of their agent.

"In their submission, SIS set out that they had secured the agent's cooperation on terms of full transparency about the activities in which the agent was involved.

"It included some clear 'red lines', setting out conduct that was not authorised and would result in the termination of SIS's relationship with the agent."

Six months later, when the authorisation had to be reviewed, it appeared that MI6 had concluded the asset had probably crossed those red lines - but they did not tell the foreign secretary, who had to sign off the continuing operation.

"We concluded that the renewal did not provide a comprehensive overview of available information which we believe would have provided the Secretary of State with a fuller and more balanced picture," said the watchdog. "SIS immediately responded to these concerns by updating the FCO."

Campaigners behind the legal action say both revelations prove the public are being kept in the dark.

But ministers say legislation going through Parliament will provide clear safeguards for agents to commit crimes while undercover.