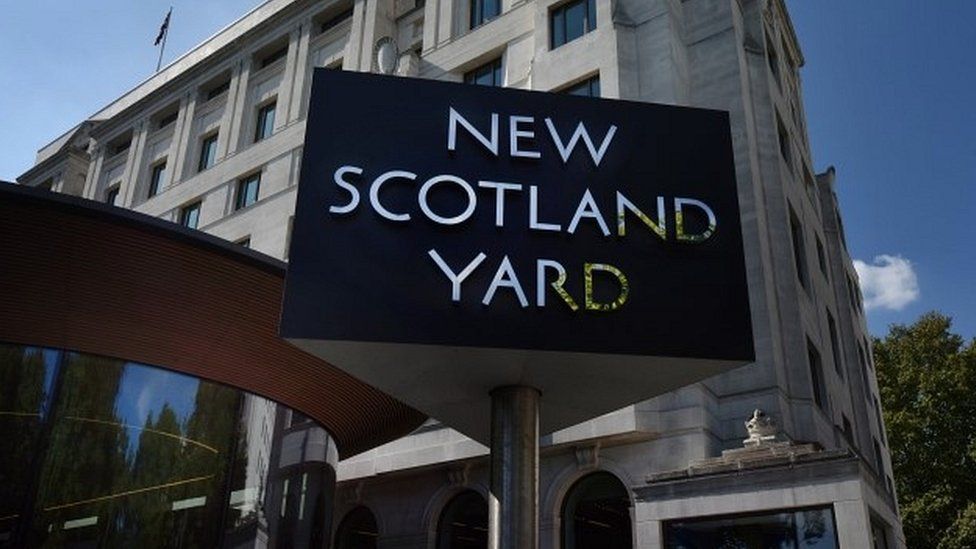 "Disgraceful" misogyny, discrimination, bullying and sexual harassment have been discovered within the ranks of the Met Police by the police watchdog.

Officers were found to have joked about rape and exchanged offensive social media messages, leading to the Independent Office for Police Conduct (IOPC) to make 15 recommendations.

Most officers investigated were police constables and based at Charing Cross Police Station, the IOPC said.

The Met said it was "deeply sorry".

In its report, the IOPC said: "We believe these incidents are not isolated or simply the behaviour of a few 'bad apples'."

The inquiry was launched in March 2018 into nine linked independent investigations concerning serving police officers from the Met.

Investigations began after an officer allegedly had sex with a vulnerable woman in a room inside a London police station, the IOPC said - although this allegation was never proven.

Of the 14 officers investigated, two were dismissed for gross misconduct and put on the barred list, preventing future employment with the police.

Another two resigned and several others faced disciplinary action, the IOPC said.

Nine are still serving with the force, while another is working as a contractor in a staff role. 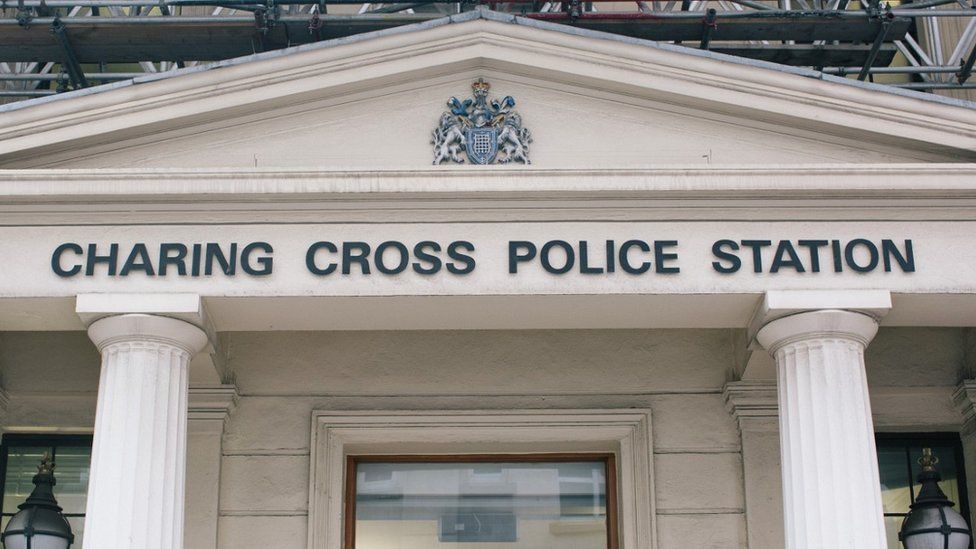 The inquiry found evidence of messages exchanged between officers that were often highly sexualise, violent and discriminatory, and which were defended as "banter" by police officers.

The IOPC said the messages included:

*  Numerous messages about rape within WhatsApp and Facebook chat groups

*  Use of words that could be considered misogynist, racist, or constituting disability discrimination

IOPC Director Sal Naseem described the behaviour as "disgraceful" and that it fell below the standards of the force, but he said the Met was working to change its cultural issues.

"The learning report we are publishing today is shocking and contains language which is offensive," Mr Naseem said.

"Some may find it upsetting.

"However, we felt it was important to provide the context for the public, the Met and other forces for why such hard-hitting recommendations are necessary.

"While these officers predominantly worked in teams in Westminster, which have since been disbanded, we know from other recent cases that these issues are not isolated or historic." 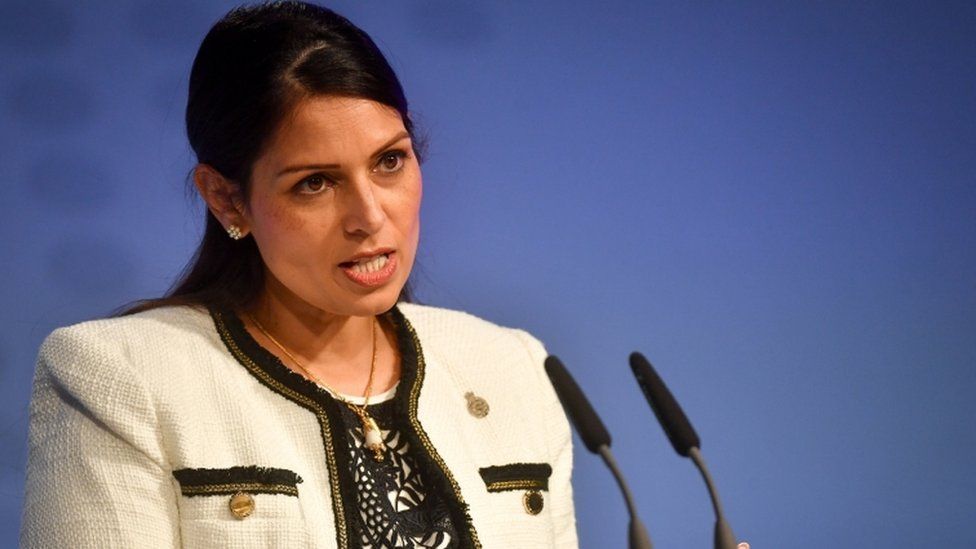 Home Secretary Priti Patel described the officers as "sickening", adding: "The public rightly expects the behaviour of the police to be beyond reproach - standards must be raised."

Mayor of London Sadiq Khan said he was "utterly disgusted" by the findings.

Deputy Assistant Commissioner Bas Javid said the officers' actions happened between 2016 and 2018 and since then every Met Police employee had been spoken to about responsible use of social media.

"I am angry and disappointed to see officers involved in sharing sexist, racist and discriminatory messages," he said.

"It's clear we have a lot of work to do to ensure bullying and discrimination does not exist in any part of the Met.

"We recognise that there is need for real change in the Met and we are committed to creating an environment that is even more intolerant to those who do not uphold the high values and standards expected of us," he added. 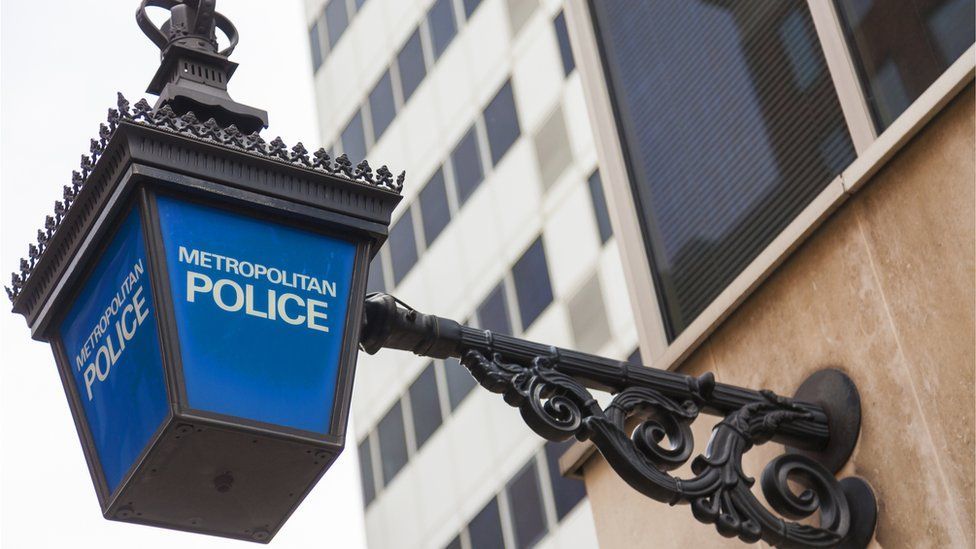 Of all the shocking things about this IOPC report, perhaps the most shocking is the breadth of the disgraceful conduct.

The officers were bullying and sexist. They were misogynistic and used the word "gay" as an insult.

They made jokes about the Black Lives Matter movement and mosques, and used derogatory words to describe disabled people.

It just went on and on.

The unit has been disbanded, but the IOPC has warned that the incidents were not isolated.

It has seen evidence of similar behaviour in more recent investigations.

A Met Police statement said: "The conduct of a team of officers at Charing Cross police station in central London does not represent the values of the Metropolitan Police Service.

"We are deeply sorry to Londoners and everyone they have failed with their appalling conduct and acknowledge how this will damage the trust and confidence of many in the Met.

"Since this reprehensible behaviour was uncovered in 2017 we have taken a series of measures to hold those responsible to account and stamp out unacceptable behaviour."

Separately, an independent review of culture and standards within the Met Police is currently being carried out by Baroness Louise Casey, in the wake of the rape and murder of Sarah Everard by serving police officer Wayne Couzens. It will examine the force's vetting, recruitment and training procedures.

A two-part independent inquiry chaired by Dame Elish Angiolini QC will also look at Couzens' conduct during his career, and whether any red flags were missed as well as whether allegations made against him were properly handled.

*  Bullying, sexual harassment and harassment of a female officer by one officer who was dismissed and placed on barred list

*  The failure to report, challenge, or appropriately deal with the allegation of bullying, sexual harassment and harassment claimed in the first allegation. Misconduct proven and one officer received a written warning

*  An allegation an officer had sex in a police station with a drunk person and another allegation that officers failed to report or challenge this. The first allegation was not proven; the second saw misconduct proven with "management action"

*  One officer faced allegations of assaulting his partner, misogynist behaviour/actions and drug use. Gross misconduct proven and two officers placed on barred list

*  Allegations of the use of steroids by officers, and the failure by officers to challenge or report this. Gross misconduct and misconduct proven with one officer placed on a barred list and another receiving management action

*  One investigation was discontinued; Due to its sensitive nature, details were not included in the IOPC report

*  An allegation officers deliberately deleted material relevant to an ongoing criminal investigation. Gross misconduct proven and an officer placed on a barred list