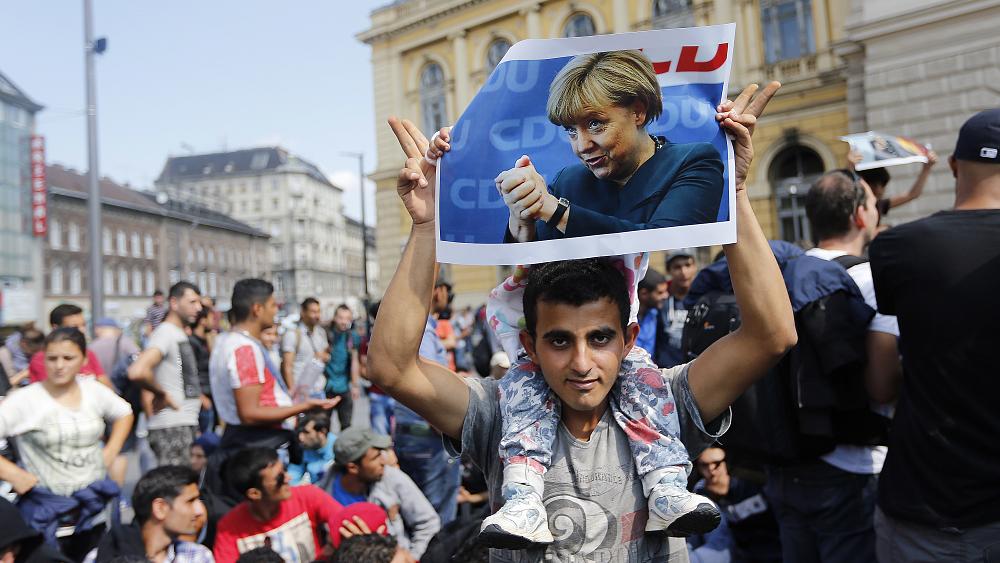 Looking back on her legacy, Merkel said the 2015 migrant crisis was one of the most challenging events during her time as German chancellor.
German Chancellor Angela Merkel has offered a positive view of her handling of Europe's 2015 migrant crisis, an event that will likely remain part of her legacy, as she prepares to step down next month.

In an interview with Deutsche Welle published on Sunday night, Merkel admitted that "not everything went exactly as it should" but considered Germany's taking in of migrants a success.

The outgoing German chancellor is known for welcoming migrants to Germany as more than one million asylum seekers showed up at Europe's doorstep in 2015, many of them fleeing conflict in Syria.

At that time, she became known for her phrase "Wir schaffen das" or "We can do this."

"Yes, we did it. But by 'we', I mean a truly large number of people in Germany who helped get it done: many mayors, many volunteers," Merkel told Deutsche Welle during an interview that looked back on the chancellor's legacy.

But Merkel said the EU still needed to find a common system for addressing migration.

She called the 2015 crisis one of the two events that she found "most challenging" during her time as Germany's leader.

The other crisis she has found challenging is the COVID-19 pandemic. Record high cases of the virus are currently being reported in Germany.

Merkel is completing many of her last foreign trips and duties as chancellor after the country's September election.