German Chancellor Angela Merkel has called for 'fundamental rethink' to protect the environment at the annual CDP Europe Awards 2021.

The CDP event celebrates the companies and cities which are working to achieve greater sustainability, and is hosted this year by the European Investment Bank and broadcast on Euronews.

In her keynote message, Merkel welcomed the European Commission's Green Deal pledge to make Europe climate neutral by 2050, but said that states also needed to act to create change.

We need "suitable incentives...to bring about the transformation towards climate neutrality," she said. The German leader added that CDP's system of disclosure of environmental impact allowed companies, and municipalities to gain a 'competitive advantage'.

The leader of the French capital placed a strong focus on cycling in her discussion with the event host, Euronews' Chris Burns. "In 15-year we have cut greenhouse gases by a third. Bicycles symbolise this success, thanks to the 1,000 km of cycle paths we have," she said.

"Our goal is to make Paris a 100% cycling city, that's to say you can cycle safely anywhere," Hidalgo told Euronews.

Minna Arve, who heads the 800-year-old Finnish city of Turku, said the efforts to engage citizens in the sustainability choices being made was essential for success. "In the end it's about everyday choices of everyone in the city, so we have to encourage our citizens and companies as well," she stressed.

Athens mayor Bakoyannis discussed the efforts to 'green' the public spaces of the Greek capital. "It's up to us to build bottom-up solutions," he said. "That will liberate 'quality' public space, adopt a new model of sustainable mobility, and make sure we change while retaining our soul." 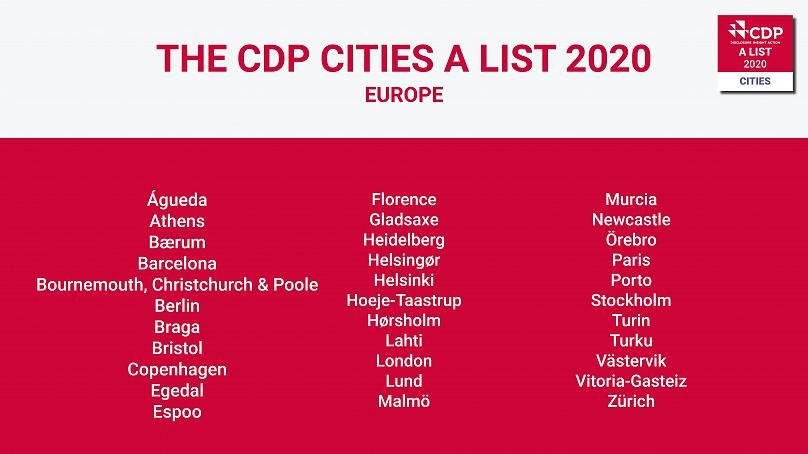 The CDP event united leaders from some of the charity's top-ranked companies and organisations, all of whom are betting on the success of the European Green Deal, the effort to link pandemic recovery fund packages from the European Commission to sustainable and low-carbon growth.

One of the companies which has already overhauled its operations is the Danish power company Ørsted. Its CFO Marianne Wiinholt told Euronews that change was now much easier to achieve: "We have the solutions for green energy because we now can build green energy cheaper than we can build fossil fuels in most parts of the world. But we also need to mature technologies to decarbonize the hard-to-abate sectors." 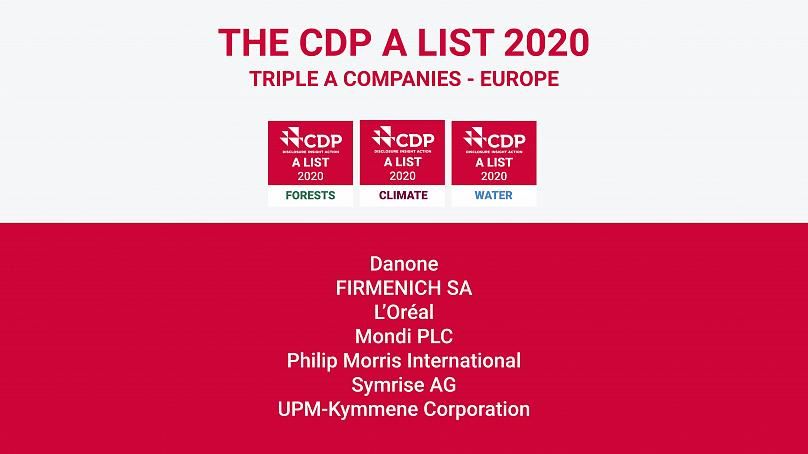 CFO at Italian oil and gas company, Eni, Francesco Gattei, said that his firm was investing in renewables and biofuels. He laid out his vision of how to achieve carbon neutrality goals. "We have to be pragmatic. We have to be economically driven, efficiency-driven, and we have to be innovative in the way to play, and not ideological," he said.

Cement production is one of the most difficult sectors to decarbonize because the production process emits CO2. However, the CEO of Franco-Swiss building materials company LafargeHolcim, Jan Jenisch, said his company was strongly focused on emissions reduction by introducing higher percentages of recycled building materials into their products. "Honestly, as a company, we are excited that from society to politics to the consumer, they all want this to happen," Jenisch told the panelists. 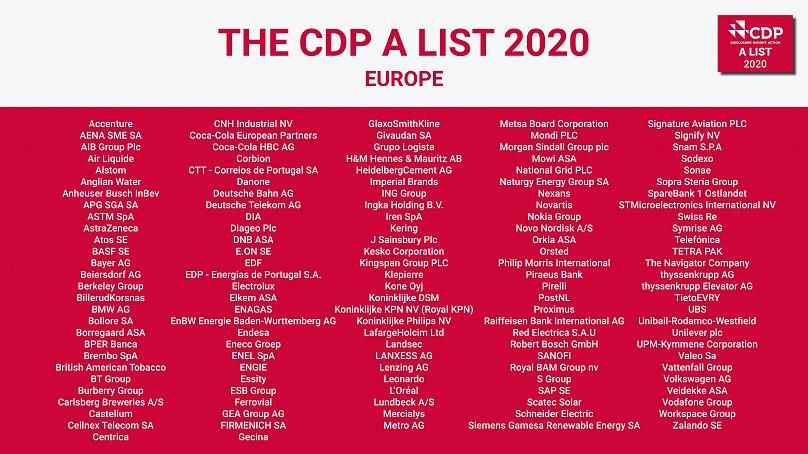 Ambroise Fayolle, from the European Investment Bank, which is now marketing itself as 'Europe's climate bank', took part in another panel about the European-level efforts towards climate neutrality. He said that by 2025 half of its activity would have to be in the field of climate action. Fayolle cited projects to boost solar power and offshore wind as the kinds of initiatives most likely to attract financing.

The EIB Vice-President also said that projects which would likely lead to more CO2 emissions would not be offered financial help. "That means that there are things that we were financing before and that we will not do anymore. One example is we used to finance airport expansions. We will not do that anymore," he said.

Through the Green Deal, the EU is aiming to set the course ahead to reach net zero emissions by 2050. The question is how to encourage firms to make the commitment to get there? European Commissioner for Financial Stability, Financial Services and the Capital Markets Union, Mairead McGuinness, told Euronews that at least now, 'we know the destination'.

"We need companies to understand their impact on the environment, and indeed the impact of climate and environmental degradation on their accounts. That's key. And investors need quality information," she stressed. 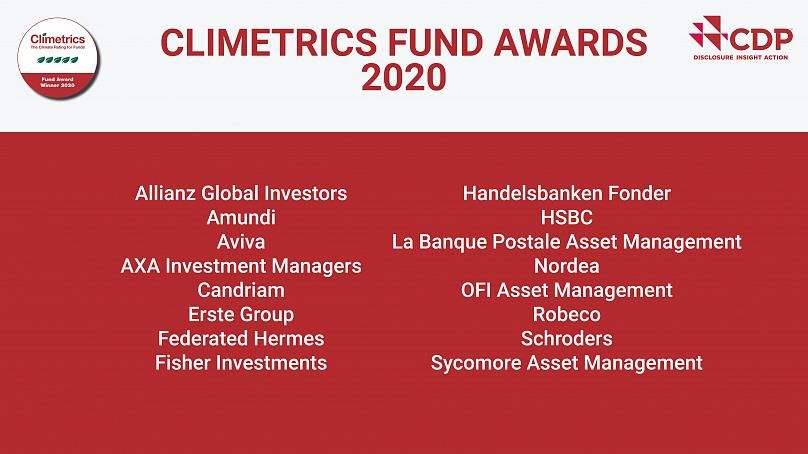 CDP is a global non-profit that runs the world’s environmental disclosure system for companies, cities, states and regions. Founded in 2000 and working with over 590 investors with $110 trillion in assets, CDP pioneered using capital markets and corporate procurement to motivate companies to disclose their environmental impacts, and to reduce greenhouse gas emissions, safeguard water resources and protect forests. Over 10,000 organizations around the world disclosed data through CDP in 2020, including more than 9,600 companies worth over 50% of global market capitalization, and over 940 cities, states and regions, representing a combined population of over 2.6 billion. Fully TCFD aligned, CDP holds the largest environmental database in the world, and CDP scores are widely used to drive investment and procurement decisions towards a zero carbon, sustainable and resilient economy. CDP is a founding member of the Science Based Targets initiative, We Mean Business Coalition, The Investor Agenda and the Net Zero Asset Managers initiative. Visit cdp.net or follow us @CDP and on LinkedIn to find out more.