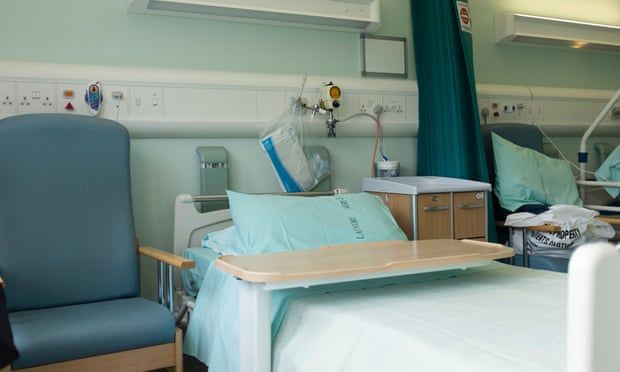 Concerns raised after minister says there are more than 1,100 beds still in dormitory settings in England
People with serious mental health problems are being forced to share wards with distressed fellow patients, 20 years after the NHS was told to give them all their own rooms.

There are still more than 1,100 beds in dormitory wards in mental health units in England, despite sustained criticism of their potentially damaging effects on patients, the government has said.

The NHS watchdog and mental health experts have voiced serious concern for years about how sharing bedrooms denies patients privacy, disturbs their sleep and exposes them to potential danger.

There were still “1,135 beds in dormitory settings, in shared rooms within otherwise single-bedded wards and wholly dormitory-based wards” at the end of May, Nadine Dorries, the mental health minister, has said. She disclosed the figure in a reply to a parliamentary question asked by the shadow health secretary, Jonathan Ashworth. It equates to about one in 16 of all mental health beds.

“Tory ministers continue to fail some of the most vulnerable patients with continued use of these old dormitory wards that the Care Quality Commission (CQC) have said deprive people of their privacy and dignity,” said Ashworth.

“Ministers promised patients they would be phased out yet not only are they still in use we still haven’t seen the necessary capital investment to modernise facilities.”

The CQC has warned that “patients and carers have an overwhelmingly negative opinion of shared sleeping arrangements. They are concerned about disturbed sleep, lack of privacy, risk to personal safety and of theft of possessions.”

The care regulator made clear in a report in 2018 that “in the 21st century, patients, many of whom have not agreed to admission, should not be expected to share sleeping accommodation with strangers, some of whom may be agitated.”

The Department of Health and Social Care (DHSC) believes that single rooms would improve care, help patients to reduce how long they spend in residential treatment and their risk of picking up an infection from their roommate or staff.

Its figures show that the number of beds in dormitory wards has barely changed since June 2019, when the Health Service Journal revealed that 1,176 such beds were in use, including 763 on adult mental health wards and psychiatric intensive care units.

Andy Bell, deputy chief executive of the Centre for Mental Health thinktank, said: “Dormitory wards are outdated and unacceptable environments for mental health treatment. Too often mental health wards are in the poorest facilities in the NHS, putting people at greater risk of trauma when they are already at crisis point.”

A DHSC spokesperson said: “Every person receiving treatment in a mental health facility deserves to be treated with dignity, respect and privacy, in an appropriate setting. Last year we announced over £400m would be committed over the next four years to eradicate dormitory accommodation from mental health facilities across the country.”
Add Comment