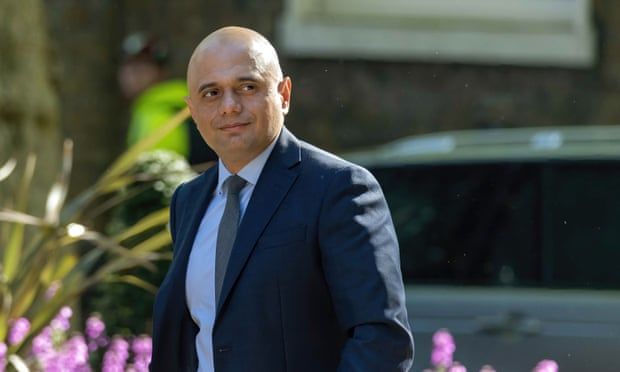 Members of vaccine taskforce to be reassigned to HRT crisis

The UK health secretary has promised to deploy more members of the vaccine taskforce to a new group set up to fix the acute shortage of hormone replacement therapy products for menopausal women, after holding crisis talks with HRT manufacturers and pharmacies.

At a meeting with drugmakers such as Aspen Pharmacare, Novartis, Novo Nordisk Pfizer, Theramex and representatives from community pharmacies, Sajid Javid said the government would “leave no stone unturned in our national mission to boost supply of HRT”.

She described Thursday’s discussions as “collaborative and constructive”, as manufacturers outlined the steps they were taking to boost supply, and shared their thoughts on wider solutions including improved communications.

Javid tweeted after the meeting:

The women’s health minister, Maria Caulfield, said: “I know HRT can be a lifeline for women suffering from severe menopause symptoms. We are doing everything in our power to make sure women can continue to access the HRT they need to continue living their life, unrestricted by the menopause.”

The National Pharmacy Association said it was looking forward to “working closely with government to help find a long-term solution to ensure good supply is available for our patients”.

Its director of corporate affairs, Gareth Jones, said: “It’s good that something is being done to grip the matter. The overarching issue is one of supply failing to keep up with the rapidly rising demand in this country.

“As experts in medicines, pharmacists should be given greater flexibility to take decisions at the point of care to manage supplies. This includes the authority to amend prescriptions or share stock among pharmacies when to do so could help maintain supplies.”

Soaring demand for HRT products among British women going through menopause has led to months of supply shortages and stories of women struggling to sleep or work effectively after being unable to obtain their prescriptions.

Some describe the surge in demand as the “Davina effect” after a documentary fronted by the TV presenter – Davina McCall: Sex, Myths and the Menopause – that was broadcast on Channel 4 in May last year prompted thousands to seek prescriptions.

Javid has rationed supply, imposing “serious shortage protocols” on 29 April to limit the dispensing of Oestrogel, Ovestin cream and Premique Low Dose to three months’ supply per person to “even out” the distribution.

The government knew about the supply shortages as far back as October, according to Tina Backhouse, the UK manager for women’s health at Theramex, but ministers were focused on dealing with the Covid pandemic.

Prescriptions for HRT have more than doubled in England over the past five years, according to NHS data.