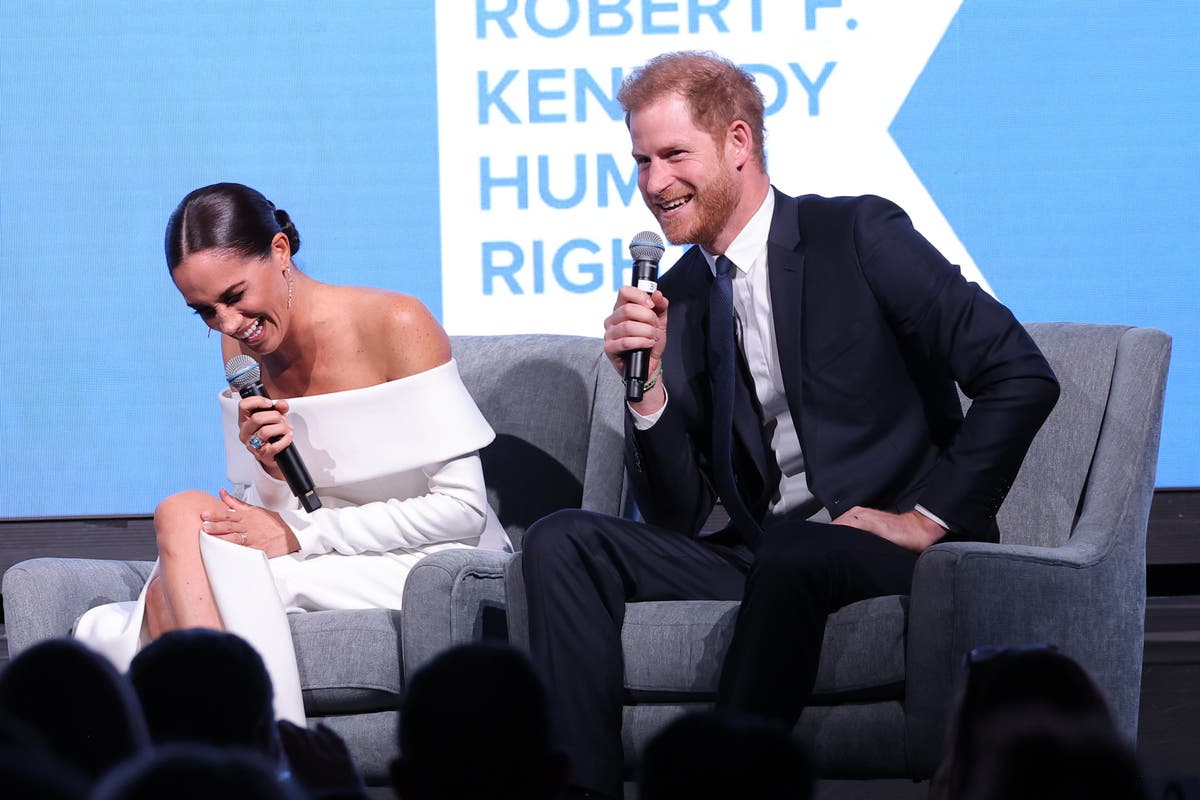 It has been a while since we’ve seen Harry and Meghan all dolled up. Since the two excused themselves from royal duties in early 2020 they have, understandably, been present at less public engagements and ribbon-cuttings than when they first debuted as a couple, and we’re starting to miss them - or, more specifically, miss their outfits.

Sure, the Princess of Wales has always been a reliable source for regal style, most recently trotting about Boston in a host of McQueen, Burberry and Chanel looks, but it’s nice to have a bit of variation.

We were recently treated to a selection of “behind the scenes”-esque images of Harry and Meghan in the trailer for their upcoming Netflix documentary, where the pair could be seen relaxing in their home, looking casual in selfies together, and chilling in safari gear during one of their holidays. This was all great, but we’ve been missing a little bit of that royal sparkle.

Then, just when we needed it most, Meghan turned up to an awards ceremony in an all-white custom gown by Nicolas Ghesquière for Louis Vuitton.

The Ripple of Hope awards ceremony, hosted by the Robert F Kennedy Human Rights organisation, is held to honour individuals who have made great strides in advancing human rights, with Meghan and Harry both in attendance last night to receive a Ripple of Hope award for their efforts in “promoting racial justice and mental health”.

The Montecito couple arrived on the red carpet smiling and crouching under an umbrella, shielding themselves from the New York elements. Markle was dressed to the nines in a pristine white custom Louis Vuitton off-the-shoulder dress, which she paired with diamond bar-drop earrings and a ring that used to belong to Princess Diana. White symbolises peace and, accordding to Vogue, it’s why Ghesquière chose the colour. 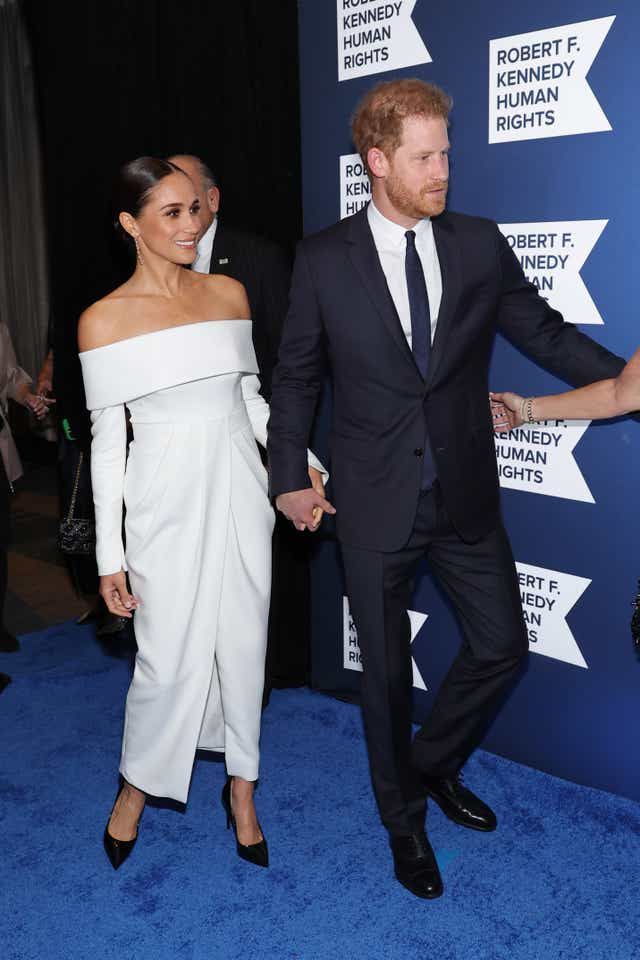 Duke and Duchess of Sussex
The duke and duchess accepted the award last night in return for their charitable efforts at the Archewell foundation, such as providing support for Afghan refugees, partnering with the NAACP (National Association for the Advancement of Colored People), championing access to vaccines amid the pandemic, and helping families in need of paid parental leave. 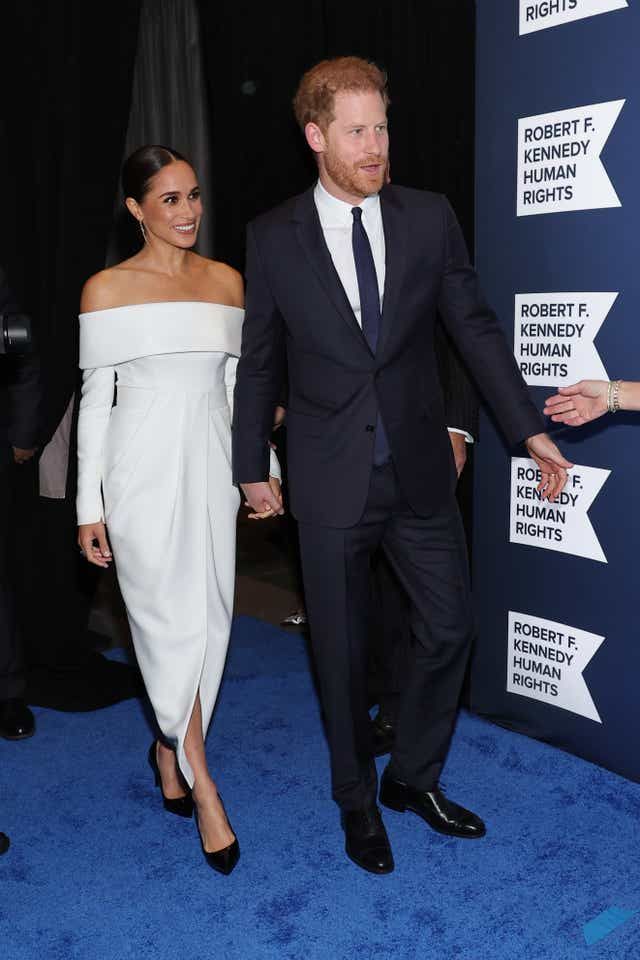 The couple at the Ripple of Hope awards

Kerry Kennedy, the lawyer and daughter of Robert F Kennedy who runs the awards ceremony, said of the couples’ achievement: “When the duke and duchess accepted our award laureate invitation back in March, we were thrilled. The couple has always stood out for their willingness to speak up and change the narrative on racial justice and mental health around the world.

“They embody the type of moral courage that my father once called the ‘one essential, vital quality for those who seek to change a world that yields most painfully to change.’”