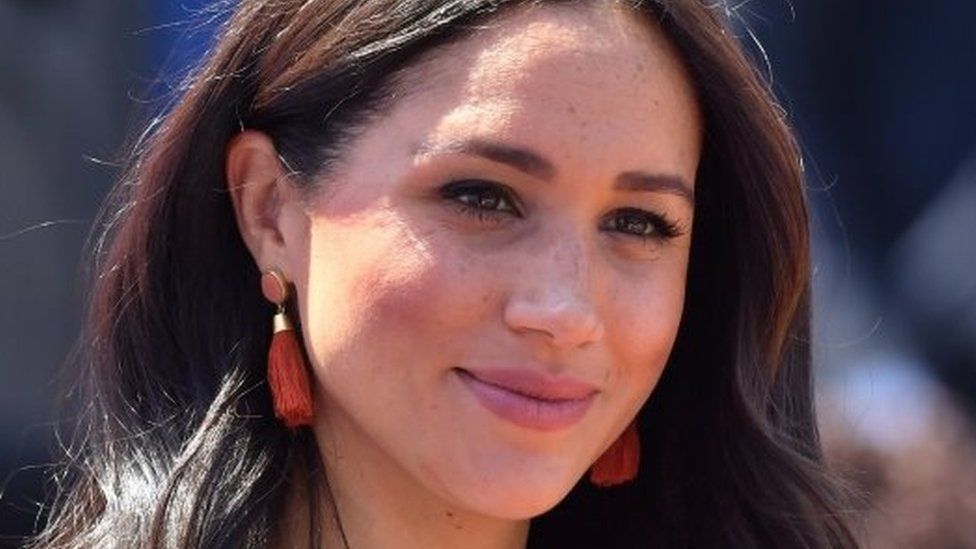 The Duchess of Sussex has welcomed her High Court privacy victory over the Mail on Sunday, saying the damage the publisher has done "runs deep".

Meghan brought the claim against Associated Newspapers (ANL) over the publication of extracts from a letter to her father.

The judge said Meghan had a "reasonable expectation that the contents of the letter would remain private".

ANL said it was surprised and disappointed by the judgment.

Mr Justice Warby granted Meghan "summary judgment" in her claim for misuse of private information against the publisher of the Mail on Sunday and MailOnline, meaning that part of the case is resolved without a trial.

He said there would be a further hearing in March to decide "the next steps" in the legal action.

Meghan, 39, sent the handwritten letter to her father, Thomas Markle, in August 2018, following her marriage to Prince Harry in May that year, which Mr Markle did not attend. The couple are now living in the US with their son Archie, after having stepped back from their roles in the Royal Family.

In a judgment on Thursday, Mr Justice Warby ruled that the publication of the letter - which he described as "a long-form telling-off" - was "manifestly excessive and hence unlawful".

"It was, in short, a personal and private letter," he said.

"The majority of what was published was about the claimant's own behaviour, her feelings of anguish about her father's behaviour - as she saw it - and the resulting rift between them.

"These are inherently private and personal matters."

He added: "There is no prospect that a different judgment would be reached after a trial."

Extracts from the letter appeared in a double-page page spread in the Mail on Sunday, alongside the headline: "Revealed: the letter showing true tragedy of Meghan's rift with a father she says has 'broken her heart into a million pieces'".

'We have all won'

In a statement, the Duchess of Sussex said she was grateful to the courts for holding Associated Newspapers to account "for their illegal and dehumanising practices".

"For these outlets, it's a game. For me and so many others, it's real life, real relationships, and very real sadness," she said.

"The damage they have done and continue to do runs deep."

Meghan said her "comprehensive win" means "we have all won", adding: "We now know, and hope it creates legal precedent, that you cannot take somebody's privacy and exploit it in a privacy case, as the defendant has blatantly done over the past two years."

A spokesman for ANL said: "We are very surprised by today's summary judgment and disappointed at being denied the chance to have all the evidence heard and tested in open court at a full trial.

"We are carefully considering the judgment's contents and will decide in due course whether to lodge an appeal."

Lawyers for ANL had claimed Meghan wrote the letter "with a view to it being disclosed publicly at some future point" in order to "defend her against charges of being an uncaring or unloving daughter".

During a remote hearing in January, Mr Markle said in a witness statement he had wanted the letter published to "set the record straight" about his relationship with his daughter - a claim one of Meghan's lawyers described as "ridiculous".

This is a thumping victory for Meghan.

The court dismissed Associated Newspapers' defence on privacy and copyright; the only ongoing dispute is about whose copyright has been breached, as there is some argument over whether it was just the duchess that wrote the letter or whether she had some assistance.

So is Meghan and Harry's long struggle with sections of the British media now finished? Harry has settled his case against the Mail on Sunday; Meghan has won hers.

It seems unlikely. The couple have instructed their UK spokespeople not to talk to the country's most popular newspapers. They clearly think they simply can't get a fair hearing.

And the coverage they receive is pretty critical; baiting the couple over their new lives in California is now something of a routine.

To the couple it may well be immaterial. Their lives are elsewhere now.

But their relationship with the British public is still, largely, mediated by newspapers they will not deal with and which take delight in doing them down.

The couple have won - but they have also lost.

Media lawyer Mark Stephens said he envisages the newspaper publisher will seek to go to the Court of Appeal "to have a more definitive ruling on what the law is going forward".

"If you can't effectively report on leaked letters then in those circumstances the media holding people to account is going to be hampered," he said.

"Essentially this judgement in its widest context puts manacles on the media."

Meghan is seeking damages for alleged misuse of private information, copyright infringement and breach of the Data Protection Act over five articles published in February 2019, which included extracts from the letter.

The judge made two rulings on the case for copyright infringement.

He found the publication of the letter infringed the duchess's copyright. But he said the issue of whether Meghan was "the sole author" of the letter or Jason Knauf, former communications secretary to the Duke and Duchess of Sussex, was a "co-author" should be determined at a trial.

The data protection claim was not considered at the hearing in January and is still outstanding.

However, Mr Stephens said that by winning her privacy claim Meghan could say she had been "vindicated" and he expected she would drop the other parts of the case "as soon as she can".

The full trial of the duchess's claim had been due to be heard at the High Court in January, but last year the case was adjourned until autumn 2021 for a "confidential" reason.

When his wife first began her legal action against the Mail on Sunday, the Duke of Sussex spoke about the "painful" impact of the "ruthless" press campaign against her.

"I lost my mother and now I watch my wife falling victim to the same powerful forces," he said in a statement at the time.

Referring to his late mother Diana, Princess of Wales, Prince Harry said his "deepest fear is history repeating itself".