The Duke and Duchess of Sussex have quit social media, it is reported. Harry and Meghan, are rejecting platforms such as Twitter and Facebook after becoming disillusioned by the “hate” they have encountered online, according to The Times.

A source close to the couple told the paper that they have “no plans” to use social media for their new Archewell Foundation.

The insider added that they are “very unlikely” to return to social networking platforms in a personal capacity.

The duchess has previously spoken about the “almost unsurvivable” impact of internet trolling. 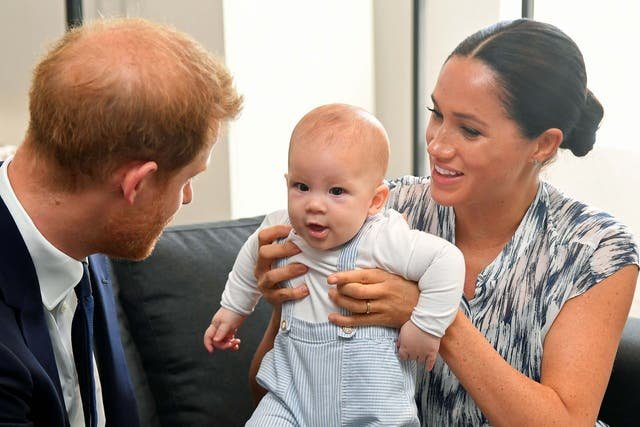 Their alleged rejection of social media is said to be part of the new “progressive role” they are forging for themselves in the US.

The couple now live in an £11 million forever home in Montecito, California, with their 20-month-old son Archie Mountbatten-Windsor.

They have set out their goal to “build a better world” through their non-profit organisation, recently announcing partnerships with several tech and research-focused organisations, and launching their own Spotify podcast.

Last month it was announced that the pair’s new production company Archewell Audio had gone into partnership with the audio streaming service for an undisclosed sum.

It came after the couple signed a Netflix deal in the summer rumoured to be worth more than £100 million.

In December it also emerged that Meghan had invested in a start-up business which makes instant oat milk lattes.

Chat show queen Oprah Winfrey promoted the products Instagram after being sent a Christmas basket of samples by Meghan.

Introducing their new Spotify venture, the duke and duchess said: “What we love about podcasting is that it reminds all of us to take a moment and to really listen, to connect to one another without distraction.

“With the challenges of 2020, there has never been a more important time to do so, because when we hear each other, and hear each other’s stories, we are reminded of how interconnected we all are.”

On January 8 last year, fresh from a six-week break in Canada and the day after their first royal engagement of the decade, Harry and Meghan declared they had chosen to “carve out a progressive new role” within the monarchy.

They said: “We intend to step back as ‘senior’ members of the Royal Family and work to become financially independent, while continuing to fully support Her Majesty The Queen.

“It is with your encouragement, particularly over the last few years, that we feel prepared to make this adjustment.”

But, in the end, the couple were faced with a hard “Megxit”. And on March 31, less than two years after Meghan became a member of the royal family, they stepped down as working royals completely and stopped using their HRH styles

Their latest bombshell decision marks another step away from the royal family.

The Queen, Duke and Duchess of Cambridge and other senior royals often use social media platforms to promote their official and charitable work.

Harry and Meghan broke Instagram records with their SussexRoyal account by ammassing one million followers in just five hours and 45 minutes in April 2019.

The following March, one day before Megxit, they were forced to bid goodbye to their 11 million followers as they shut the account.

Harry and Meghan's year in review

In an emotional final post they wrote: "As we can all feel, the world at this moment seems extraordinarily fragile. Yet we are confident that every human being has the potential and opportunity to make a difference—as seen now across the globe, in our families, our communities and those on the front line—together we can lift each other up to realise the fullness of that promise.

"What’s most important right now is the health and wellbeing of everyone across the globe and finding solutions for the many issues that have presented themselves as a result of this pandemic."

They continued: "As we all find the part we are to play in this global shift and changing of habits, we are focusing this new chapter to understand how we can best contribute."

Finally, they promised their international community of followers: "While you may not see us here, the work continues,” before thanking their loyal fanbase for "the support, the inspiration and the shared commitment to the good in the world."​