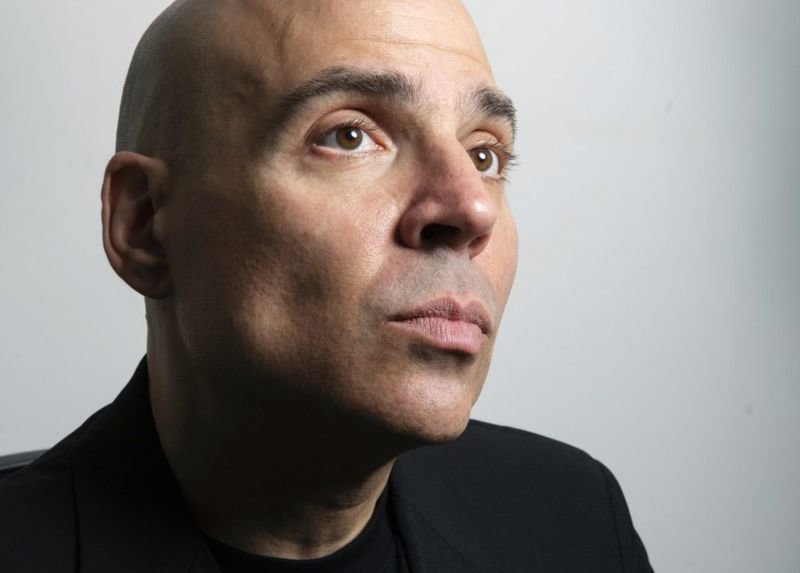 Meet Merck Mercuriadis, the man who has spent $1bn on old hits

Did you know that the Church of England is a co-owner of Beyoncé's Single Ladies, Rihanna's Umbrella and Justin Timberlake's SexyBack?

It sounds bizarre - but the church is one of hundreds of investors in a company called Hipgnosis, which, for the past three years, has been hungrily snapping up the rights to thousands of hit songs.

So far, it has spent more than $1bn (£776m) on music by Mark Ronson, Chic, Barry Manilow and Blondie. Its latest acquisition is the song catalogue of LA Reid, meaning it has a share in tracks like Boyz II Men's End Of The Road, Whitney Houston's I'm Your Baby Tonight and Bobby Brown's Don't Be Cruel.

When those songs get played on the radio or placed in a film or TV show, Hipgnosis makes money. And so, by association, does the Church of England, along with other investors like Aviva, Investec and Axa.

According to Hipgnosis founder Merck Mercuriadis, the music he's bought is "more valuable than gold or oil".

"These great, proven songs are very predictable and reliable in their income streams," he explains.

"If you take a song like the Eurythmics' Sweet Dreams or Bon Jovi's Livin' On A Prayer, you're talking three to four decades of reliable income."

He says hit songs are a stable investment because their revenue isn't affected by fluctuations in the economy.

"If people are living their best lives, they're doing it to a soundtrack of songs," he explains. "But equally, if they're experiencing the sort of challenges we've experienced over the last six months, they're taking comfort and escaping in great songs.

"So music is always being consumed and it's always generating income." 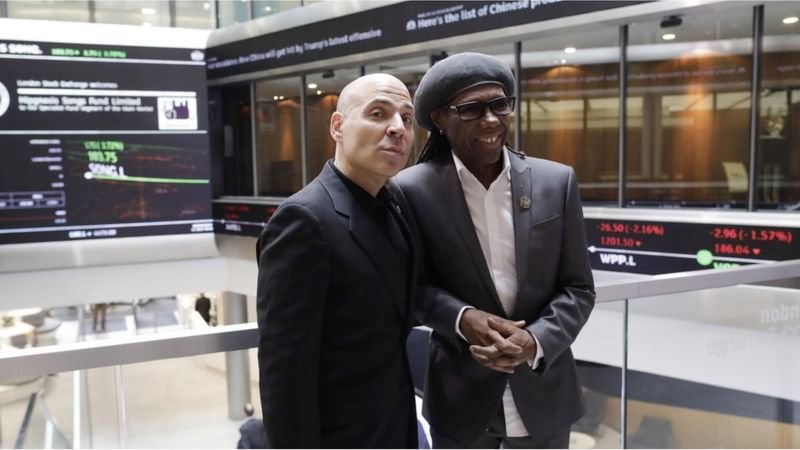 In fact, with Spotify users increasing by a monthly average of 22% between March and July, streaming royalties have increased during the Covid-19 pandemic. As a result, Hipgnosis' share price has largely withstood the turmoil that has affected much of the business world.

Mercuriadis, from Quebec, Canada, got into the music industry after calling the Toronto office of Virgin Records every day for months until they gave him a job in the marketing department, where he worked with acts like UB40, The Human League and XTC.

In 1986, he joined the Sanctuary Group, ultimately becoming its CEO, where he managed the careers of Elton John, Iron Maiden, Guns N' Roses, Destiny's Child and Beyoncé, as well as working on the relaunch of Morrissey's career in 2004.

Kanye West recently called him one "of the most powerful and knowledgeable people in music".

'Fired for telling the truth'

"I've been very lucky to work with everyone I've ever wanted to work with," says Mercuriadis.

He says the key to managing any successful artist is to "fight hard for them" and "tell the truth", even when it's uncomfortable.

"Real life is saying, 'This is where we currently are, this is where we want to be, and this is what we have to do to get there. So let's roll our sleeves up and get our hands dirty and get stuck in.'"

He admits he's been "fired for telling the truth" in the past - although he won't name names.

"It happens all the time," is all he will say. "The truth is something few people want to tell. It's arguable that even fewer want to hear it." 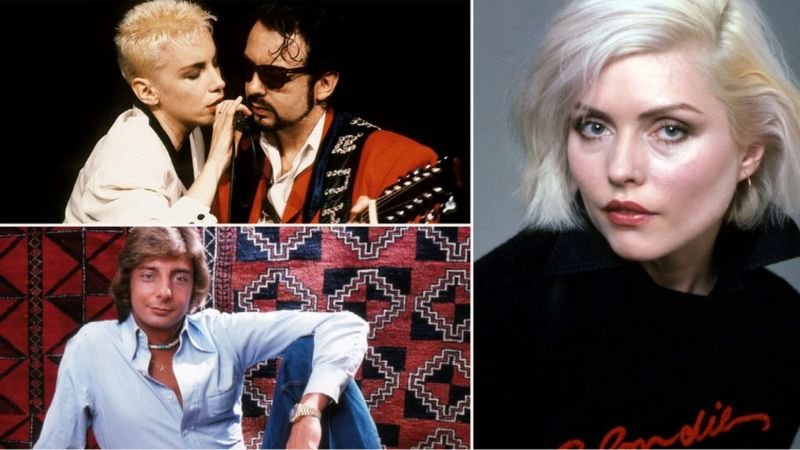 Hipgnosis has acquired the rights to hits by Dave Stewart, Blondie and Barry Manilow, among others

The idea for Hipgnosis came to Mercuriadis in 2009, around the time Spotify launched in the UK.

"I could see that streaming was going to change the landscape, and was going to make the music industry very successful all over again," he says.

He points out that the industry's traditional benchmark for success is the platinum record - which, in the US, represents a million sales. It sounds impressive, he says, until you realise that a hit film like Toy Story 4 sold 43 million tickets.

"So that immediately tells you that, while the vast majority of the population may enjoy music, very few of them put their hand in their pocket and pull out a tenner and pay for it."

Streaming changed that, he says, because previously passive consumers were willing to pay a monthly subscription. "Instead of the focus being that one in 350 people would actually pay for music, the focus is on all of them."

An estimated 88 million people subscribe to streaming services in the US, more than a quarter of the population.

Unlike most music companies, Hipgnosis isn't focused on finding the "next big thing". A third of the songs it owns are more than 10 years old, and 59% are between three and 10 years old. Fewer than 10% are newer releases.

"The one thing that they all have in common is that they are culturally important," says Mercuriadis.

'Each song is a mini brand'

The idea of investing in an artist's future earnings isn't new. In 1997, David Bowie sold asset-backed securities, dubbed "Bowie bonds", which awarded investors a share in the royalties of songs like Life On Mars and Heroes.

The down side was that it was essentially a loan. If Bowie didn't make as much money as predicted, he'd have had to surrender the rights to his songs.

Mercuriadis says his deals are "more sophisticated", with artists paid 15 years of royalties up front. Taking tax relief into account, many walk away with "about 25 years worth of money in one fell swoop", he says. In return, Hipgnosis owns the songs in perpetuity.

For artists, the attraction isn't just the money, but that Hipgnosis acts as a "song management company" rather than simply exploiting a hit to underwrite new music (which is how most labels and publishers work).

"It's about looking at each song as a mini brand in itself," said the Eurythmics' Dave Stewart after selling his catalogue to the company last year.

"People around the world singing 'Sweet dreams are made of this' might not know who I am, or the Eurythmics, but they'll sing the next line. [Merck's] whole approach is take these classic songs and keep them alive and build little worlds around them.

"Well, that is fine by me because... when I go out and play those songs, I want people to know them. He's very proactive." 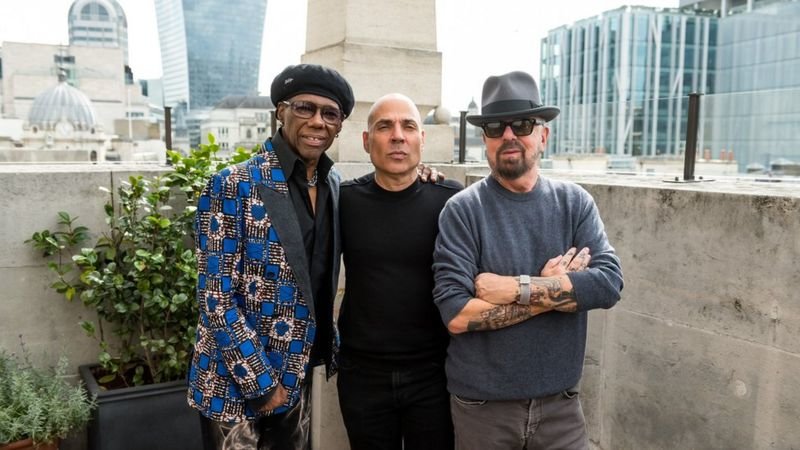 For a company that has based its strategy on future earnings, Mercuriadis must be aware of the criticism of royalty rates paid to artists by streaming services. Does he support the current #BrokenRecord and #FixStreaming campaigns, which argue for a more equitable rate of return?

"Yes, streaming services need to pay songwriters more money," he says. But he adds: "Where I think the #BrokenRecord campaign is imperfect is that their focus is on the streaming services [when] the real villains are the major record companies that are taking the lion's share of the money.

"The way the economic model works is that Apple, Amazon and Spotify keep 30% of the money for themselves and they pay 70% to the rights holders. As it currently stands, 58.5p out of that remaining 70p is going to the record company. The artist is getting, at best, one sixth of that [meaning] 11.5p is going to the song.

In fact, the campaign has been equally critical of both streaming providers and record labels - but Mercuriadis says people should focus first on increasing the global subscriber base of streaming services from 450 million to two billion by the end of the decade.

"Because if that becomes reality then the earnings of the songwriters will be very significant".

By then, he hopes Hipgnosis will have a catalogue of around 60,000 songs, at which point they'll get out of the acquisition business and focus on placing their hits in video games or TV shows, getting new artists to cover them, and making sure they're featured on prominent playlists.

"These great songs are the energy that makes the world go round," he says.

Before then, though, is there a song catalogue he'd love to get his hands on?

"Everybody wants The Beatles," he smiles. "It's the greatest set of songs ever written.

"I don't think I'd want to live if The Beatles weren't part of this world."