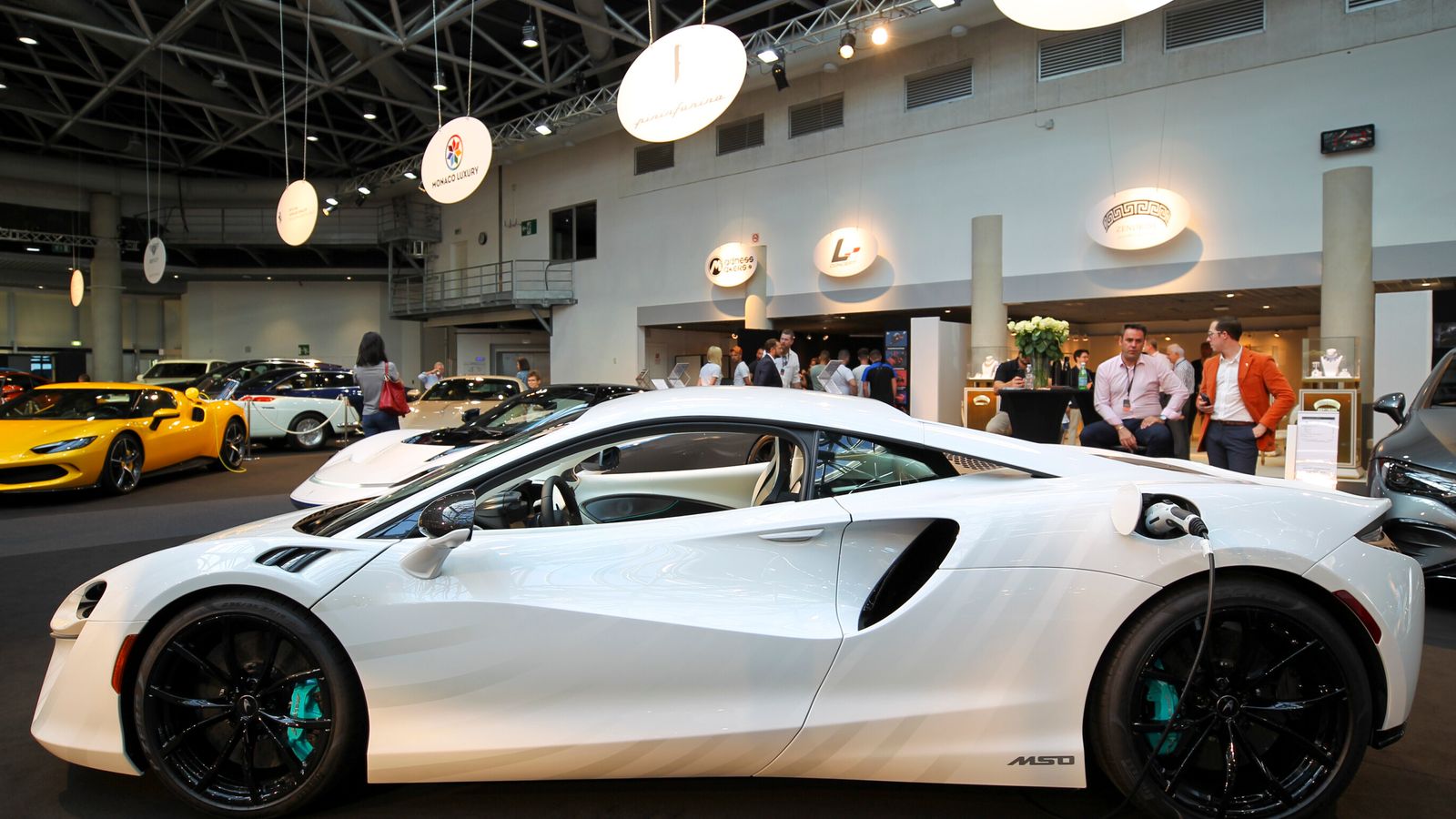 McLaren gets £100m+ capital injection in drive towards new road-cars

The Woking-based supercar maker and F1 team-owner is finalising a cash call worth more than £100m to accelerate the delivery of new models.

McLaren Group is close to securing a new funding injection worth more than £100m as it races to bring its latest supercar models into full production.

Sky News has learnt that the British automotive manufacturer is on the brink of finalising a new equity-raise that would give it access to at least £80m of additional capital in what insiders said amounted to a show of confidence from existing investors.

McLaren shareholders including Saudi Arabia's Public Investment Fund (PIF) sovereign wealth vehicle and its Bahrain-based counterpart Mumtalakat, are expected to be among those supporting the latest cash-call.

A person close to one investor said it could be finalised as soon as Wednesday evening.

The new funding is being raised to help deliver new McLaren road cars at a time when the global automotive industry is under pressure from supply chain challenges and economic headwinds.

The Artura, a McLaren hybrid supercar, has received a string of positive reviews and is expected to be followed in the coming years by a series of other new models reflecting the sector's shift towards electrification.

News of the latest cash call comes just days after Saudi's PIF became a significant minority shareholder in Aston Martin as part of a broader strengthening of its balance sheet.

It means the Saudi state investment fund holds powerful positions as a shareholder in the UK's two most globally renowned luxury automotive names.

Financial performance recovers from height of the pandemic

The British group's financial performance has recovered from the height of the pandemic, when it was forced into a far-reaching restructuring that saw hundreds of jobs axed and substantial sums raised in equity and debt to repair its balance sheet.

McLaren has reported strong demand for its limited production cars, including the 765LT Coupe and Spider, both of which have sold out.

It has also signalled a robust order book for its new hybrid super-car, the Artura, with the first vehicles scheduled to be delivered in June.

In its racing division, which includes the Formula One cars driven by Lando Norris and Daniel Ricciardo, McLaren has also seen a turnaround under Zak Brown, who runs that arm of the company.

It has also announced its entry into Extreme-E and has signed sponsors including Google, the internet search division of technology behemoth Alphabet, and Neom, the Saudi desert city being built at astronomical cost.

There has been persistent industry speculation this year that McLaren might be the subject of a takeover bid from Audi, the German manufacturer, although no such discussions are thought to be taking place.

McLaren has undertaken a series of corporate transactions since the start of the pandemic, when it sought a government loan - a request which was rebuffed by ministers.

Paul Walsh, the former Diageo chief who joined in 2020 as executive chairman, has overseen the sale of a stake in McLaren Racing to a separate group of investors, as well as a £170m sale-and-leaseback of its spectacular Surrey headquarters.

Founded in 1963 by Bruce McLaren, his is one of the most famous names in British motorsport.

During half a century of competing in F1, it has won the constructors' championship eight times, while its drivers have included the likes of Mika Hakkinen, Lewis Hamilton, Alain Prost and Ayrton Senna.

In total, the team has won 180 Grands Prix, three Indianopolis 500s and the Le Mans 24 Hours on its debut.

The company saw its separate divisions reunited following the departure in 2017 of Ron Dennis, the veteran McLaren boss who had steered its F1 team through the most successful period in its history.

He became one of Britain's best-known businessmen, expanding McLaren's technology ventures into a wide range of other industries through lucrative commercial partnerships.

Mr Dennis offloaded his stake in a £275m deal following a bitter dispute with fellow shareholders.