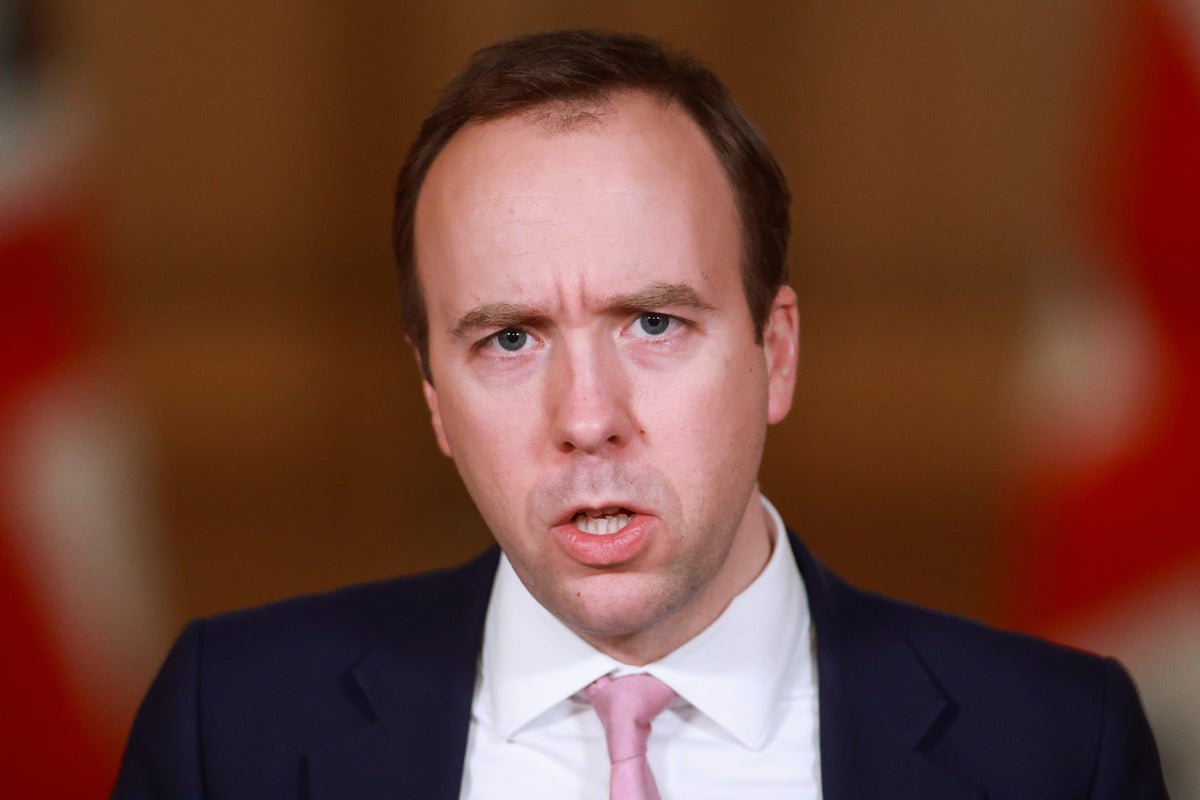 Matt Hancock has warned there is potential evidence a mutated strain of coronavirus that was detected in South Africa could reduce the effectiveness of vaccines by 50 per cent.
The Health Secretary said “there is evidence in the public domain, although we are not sure of this data” and said the variant is being tested at the Government’s Porton Down research facility as well as in a clinical trial in South Africa to check the efficacy of the Oxford/AstraZeneca vaccine.

He told a Downing Street press conference on Friday that while there is “a cause for concern”, it is too early to know whether that particular variant is more resistant to vaccines.

Mr Hancock’s comments came from what is reportedly a recording of an online webinar with travel agents this week, obtained by MailOnline.

He said: “There is evidence in the public domain, although we are not sure of this data so I wouldn’t say this in public, but that the South African variant reduces by about 50 per cent the vaccine efficacy.”

He added: “We’re testing that and we’ve got some of the South African variant in Porton Down, and we’re testing it.

“We’ve got a clinical trial in South Africa to check that the AstraZeneca vaccine works.

“Nevertheless, if we vaccinated the population, and then you got in a new variant that evaded the vaccine, then we’d be back to square one.”

Sir Patrick said 44 people in the UK have the South African variant, according to figures from Public Health England, with a maximum estimate of 71 having it.

He added that there is “no evidence that the South African or Brazilian variants” are more transmissible than what is already in the UK and therefore “they won’t be expected to spread more quickly or take over”.

“We will find out how effective the vaccines are against this,” said Sir Patrick.

“It is the case that both the South African and Brazilian identified variants have more differences in shape which might mean they are recognised differently by antibodies.

“I think it is too early to know the effect that will have on the vaccination in people and it is worth remembering that the response of the vaccine is very, very high antibody levels, so they may overcome some of this.

“We don’t know but there’s obviously a cause for concern.”

During the press conference, Boris Johnson revealed there is now “some evidence” that another Covid variant detected in the UK may be more deadly.

But while the UK variant has been associated with a higher mortality, Sir Patrick said evidence is growing from multiple sources that vaccines will work against the UK coronavirus strain.

Professor Chris Whitty explained that it is possible that even if the current vaccines had reduced efficacy they could still be able to protect against severe disease.

He told the press conference: “It is possible, we don’t know this, that what we could end up with is that the current vaccines still protect to a large degree against severe disease and dying, even if they are less effective against infection.”
#vaccine  #AstraZeneca  #Covid  #Coronavirus  #Boris Johnson  #Vaccines
Add Comment