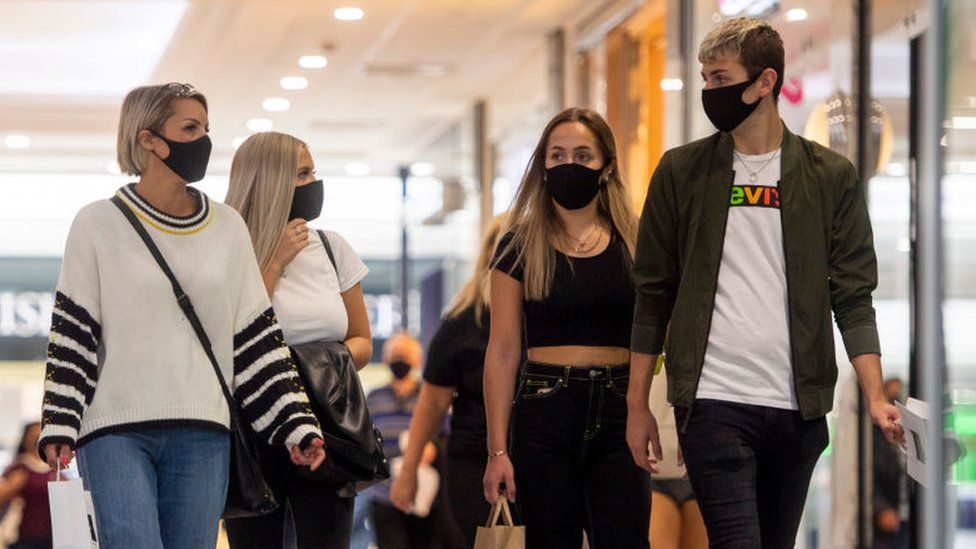 Masks 'expected' to be worn in shops after 19 July

The government has said it "expects and recommends" shoppers to wear face masks from Monday, but they will not be required by law.

Social distancing will also not be a requirement and people working from home can start to return to work.

The new guidance leaves firms to decide what their safety policies will be from 19 July when Covid rules are lifted.

But it was attacked by employers and unions, with the TUC calling it "a recipe for rising infections".

General Secretary of the shop workers' union Usdaw, Paddy Lillis, told the BBC he is "very disappointed that the government has not consulted broadly with unions and employers".

"Instead of having the force of law behind them, [it] will create confusion and put more shop workers at risk," Mr Lillis added.

It said this would apply to offices, factories, shops, construction sites, and close-contact services such as hairdressers and beauticians.

It said it expected any return to work to be "gradual" and asked employers to continue to use measures to reduce potential Covid spread, such as risk assessments, thorough cleaning and ensuring adequate ventilation.

However, much of the language in the guidance involves "encouraging" employers, staff and customers to "consider" measures which are already widespread, such as hand-washing, sanitiser use and contactless payments.

The TUC's general secretary, Frances O'Grady, said the guidelines "have been published without proper consultation with unions or employers, just two full working days before restrictions end on Monday". 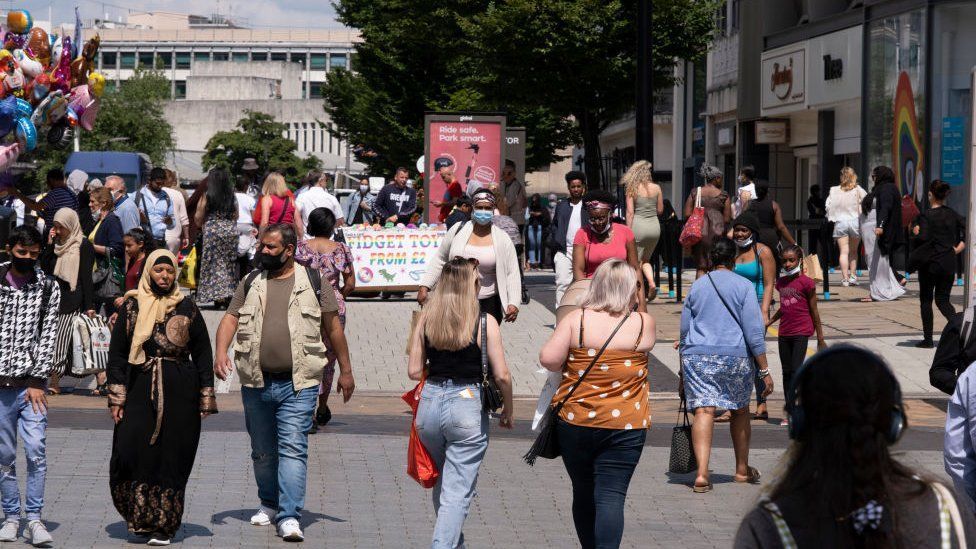 "Instead of providing clear and consistent guidance on how to keep staff safe at work, the government is abandoning workers and employers," she said.

Employers body the Institute of Directors said the guidance "fails to inspire confidence in the return to work".

Dr Roger Barker, policy director at the Institute of Directors, said: "Like everybody else, businesses across the country having been awaiting 'freedom day' with bated breath.

"But instead we have had a series of mixed messages and patchwork requirements from government that have dampened that enthusiasm," he said. 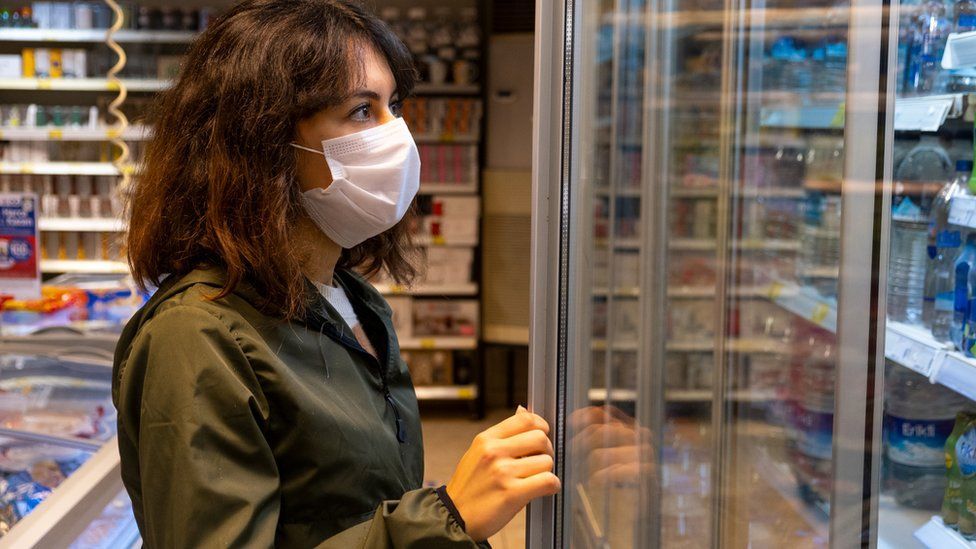 The British Retail Consortium, which represents big chains, said violence and abuse against shop workers had been on the rise during the pandemic, adding that "colleagues cannot be put in the firing line because of this change in policy".

Chief executive of the trade body Helen Dickenson said retailers will be asking customers to be "considerate to those around them" when choosing whether to wear a face covering.

Waterstones is one of the first major chains to state a firm policy on mask wearing and will encourage customers to wear them after 19 July.

The beauty industry trade body Babtac said that they will be working with members to provide more clarity.

Head of Babtac, Lesley Blair, told the BBC that while it may no longer be law, the group "would certainly encourage" their members to continue to wear masks for the time being, especially when working in close proximity to customers.