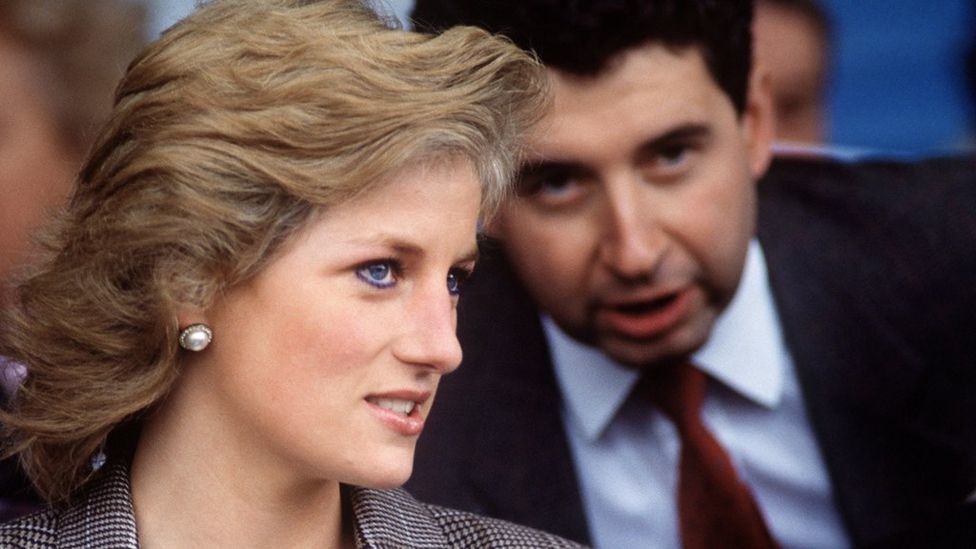 The BBC has paid damages to the former private secretary of Diana, Princess of Wales, for the "harm caused to him" over Martin Bashir's Panorama interview.
The corporation said it had apologised unreservedly to Patrick Jephson and had paid his legal costs.

The 1995 interview was subject to an investigation that found Mr Bashir used fake documents to gain access to Diana.

Mr Jephson intends to donate the money to UK charities, the BBC said.

Lord Dyson, a former master of the rolls and head of civil justice, was appointed to look into the circumstances surrounding the Panorama programme, which featured Diana saying: "Well, there were three of us in this marriage, so it was a bit crowded."

The investigation was launched after Earl Spencer, Diana's brother, alleged that Bashir showed him fake financial documents relating to Diana's former private secretary and another former royal household member, and told outlandish and untrue stories about the Royal Family to gain access to the princess.

In a statement, the BBC said: "The BBC accepts and acknowledges that serious harm was caused to Commander Jephson as a result of the circumstances in which the 1995 interview with Diana, Princess of Wales, was obtained, which have become apparent as a result of the Dyson Report.

"The BBC apologises unreservedly to Commander Jephson for the harm caused to him and has paid his legal costs.

"The BBC has also paid Commander Jephson a substantial sum in damages, which he intends to donate in full to British charities nominated by him."

The Dyson Inquiry found that the BBC covered up "deceitful behaviour" used by Mr Bashir to secure his headline-making world exclusive interview with Diana, and "fell short of high standards of integrity and transparency".

The journalist, who went on to become the BBC's religion editor before leaving the corporation last year, was in "serious breach" of the BBC's producer guidelines when he faked bank statements and showed them to Earl Spencer to gain access to the princess in 1995, Lord Dyson's report said.

It comes after a designer who said he was "made a scapegoat" after Mr Bashir asked him to forge documents reached a settlement with the BBC.

Mr Bashir has previously said mocking up the documents "was a stupid thing to do" and he regretted it, but said they had had no bearing on Diana's decision to be interviewed.
Add Comment