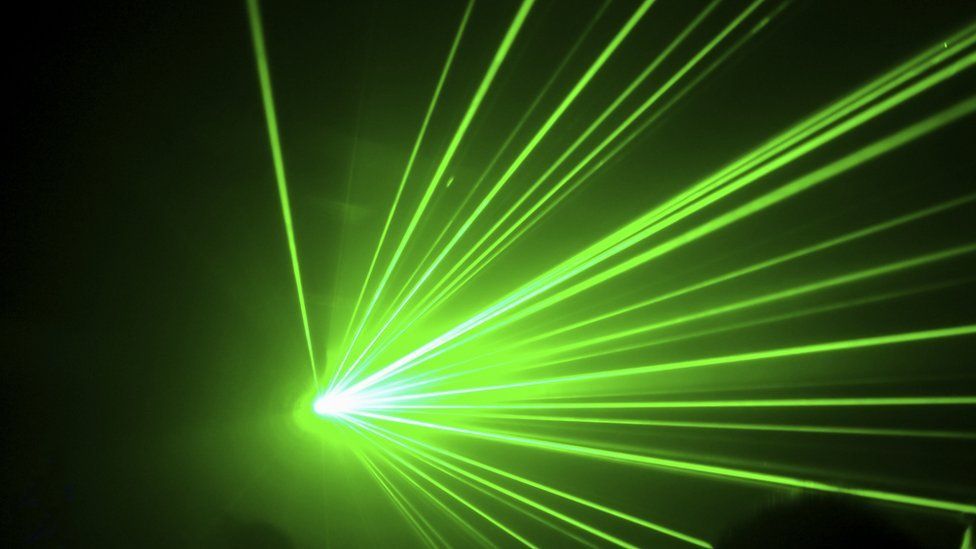 A man who shone a laser into the eyes of a police helicopter pilot has been described as an "idiot" and a "liar" by a judge.

Benjamin Fort told police he thought the aircraft above Keighley in West Yorkshire was a UFO in an attempt to explain his actions.

The helicopter was taking part in a search for a missing woman at the time.

Judge Jonathan Rose jailed Fort for six months and told him he would have sent him to prison for longer if he could.

Prosecutor Paul Canfield told Bradford Crown Court how the pilot had closed his eyes as a reflex to the light and then manoeuvred the aircraft to protect himself and his colleague.

A police officer in the helicopter, which had flown from Manchester to Keighley in August 2020, was able to direct colleagues to the location of the device resulting in Fort's arrest.

Fort, 39, of Parkwood Rise in Keighley, had apologised and initially claimed he had been looking for rabbits.

He then said he thought the helicopter was a UFO before eventually admitting he had shone the laser at the aircraft crew.

The judge said Fort's explanation of "hunting rabbits" was a complete and utter lie .

"You changed it on the last occasion to you thought that what was flying overhead was a UFO," he said.

"That was a lie too and the reality is there was no, and never could be, any justification for what you did."

Judge Rose noted that the witnesses reported repeated "strikes" from the laser and it had not been a case of Fort just doing it once.

"It isn't only those who are in the aircraft. It is those in the houses below peaceably living their lives and potentially losing their lives because an idiot like you points a laser beam into the eyes of a pilot."

The judge said while he would have liked to have passed a sentence measured in years for the danger created by Fort's actions, it was likely another court would intervene.