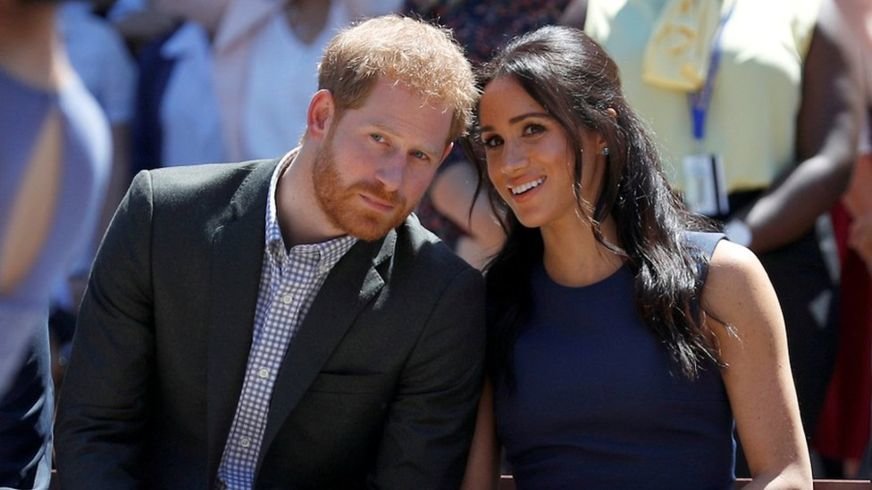 Mail on Sunday defends publishing Meghan's letter to her father

The Mail on Sunday has argued there is a "huge and legitimate public interest" in the Royal Family and its "personal and family relationships", as it published its defence to a legal claim made by the Duchess of Sussex.

Meghan is suing the newspaper and its parent group for publishing a letter she wrote to her father in 2018.

Her claims include misuse of her private information, selective editing of the letter and breach of copyright.

The Mail on Sunday rejects all claims.

Evidence from the duchess's father, Thomas Markle, forms part of the paper's defence.

In what BBC royal correspondent Jonny Dymond described as a "very robust" response from the paper, it argued in a court document that members of the Royal Family, including Meghan, "rely on publicity about themselves and their lives in order to maintain the privileged positions they hold and promote themselves".

It said the duchess "did not have a reasonable expectation of privacy that the contents of the letter were private and would remain so".

"There is a huge and legitimate public interest in the Royal Family and the activities, conduct and standards of behaviour of its members," it said.

"This extends not merely to their public conduct, but to their personal and family relationships because those are integral to the proper functioning of the monarchy."

The 44-page legal filing by the Mail on Sunday aims to tackle the duchess' claims one by one:

Meghan claimed she had not courted publicity for her relationship with her father, but the paper says she has not denied authorising her friends to speak about it for an article in a US magazine
The duchess said publishing the letter breached her copyright, but the Mail on Sunday says it was not a protected "original literary work" but a recounting of existing facts
Meghan said it infringed her data rights, but the newspaper says the data was not sensitive and concerned topics she had put in the public domain
Accused of selective editing, the Mail on Sunday says the extracts it released accurately conveyed the tone, content and meaning of the letter
As evidence that it did not infringe her privacy, the paper says the letter was "immaculately copied" in Meghan's "elaborate handwriting", arguing that this care in its presentation meant she anticipated it would be seen and read by a wider audience.

It comes as the Royal Family seek to redefine the Duke and Duchess of Sussex's role after the pair issued a surprise statement last week expressing their wish to "step back as 'senior' members of the Royal Family".

The Queen, the Prince of Wales, the Duke of Cambridge, and Prince Harry met at Sandringham on Monday to discuss the couple's future, but Meghan did not take part.

A palace official said "in the end it was decided by the Sussexes that it wasn't necessary for the duchess to join".

In October, law firm Schillings, acting for the duchess, filed a High Court claim against the Mail on Sunday and its parent company Associated Newspapers over the alleged misuse of private information, infringement of copyright and breach of the Data Protection Act 2018.

At the time, Harry said he and his wife were forced to take action against "relentless propaganda".

Referring to his late mother Diana, Princess of Wales, he said: "I lost my mother and now I watch my wife falling victim to the same powerful forces."

The legal proceedings are being funded privately by the couple and any proceeds will be donated to an anti-bullying charity.

It is not the first time the royals have taken legal action against the press. In 2017, the Duke and Duchess of Cambridge were awarded £92,000 (100,000 euros) in damages after French magazine Closer printed topless pictures of the duchess in 2012.
Add Comment