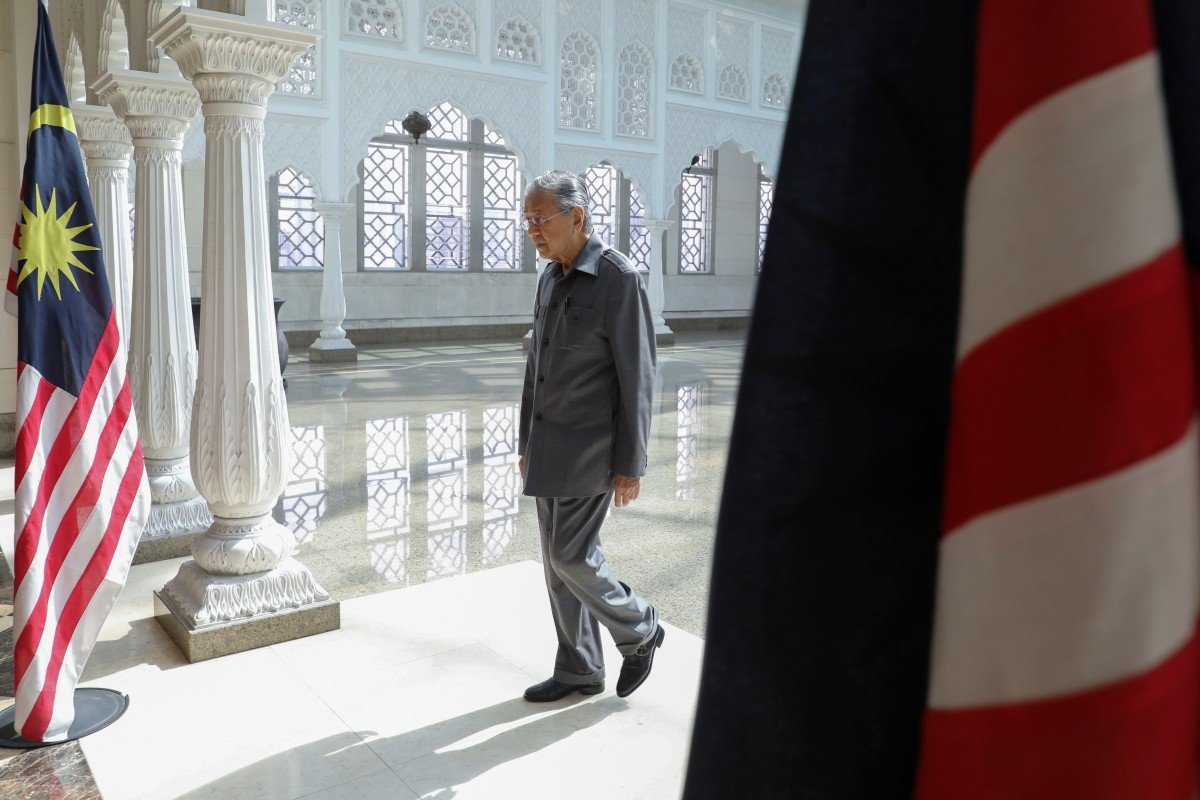 The 95-year-old had written that ‘Muslims have a right … to kill millions of French people’, but says reports omitted a crucial subsequent sentence. He also blamed Twitter and Facebook, accusing them of double standards over matters concerning Islam.

Mahathir Mohamad , the former prime minister of Malaysia , on Friday blasted critics whom he says misrepresented a blog post in which he wrote that “Muslims have a right to kill French people for the massacres of the past” by deliberately omitting crucial context for his remarks.

The 95-year-old politician also blamed social media giants Twitter and Facebook for the fiasco, and suggested they employed double standards when it came to matters concerning Islam.

His controversial blog post went viral around the world after it was serialised as a thread on Twitter, with the social media platform hours later removing one of the tweets that was deemed to be objectionable. Mahathir said Facebook had taken such action as well.

“I am indeed disgusted with attempts to misrepresent and take out of context what I wrote on my blog yesterday,” he wrote on Friday.

The original post, posted on his popular blog chedet.cc on Thursday, was a response to calls across the Muslim world for a boycott of products from France following French president Emmanuel Macron’s remarks earlier in October describing Islam as a “religion in crisis”.

Mahathir had suggested it was egregious for Macron to tar all Muslims with a broad brush following the murder of a teacher in Paris who had showed his class cartoons depicting the Prophet Mohammed.

“Muslims have a right to be angry and to kill millions of French people for the massacres of the past. But by and large the Muslims have not applied the ‘eye for an eye’ law. Muslims don’t. The French shouldn’t,” Mahathir wrote yesterday, pointing out on Friday that the first sentence had been taken out of context without the accompaniment of the rest.

In his response, titled “Misrepresented Context”, the Malaysian elder statesman lamented that critics had come to the conclusion that he was “promoting the massacre of the French”.

“Because of the spin and out-of-context presentation by those that picked up my posting, reports were made against me and I am accused of promoting violence,” he wrote.

Mahathir questioned why his post had been removed without allowing him to explain his remarks.

“There is nothing I can do with [Facebook] and Twitter’s decision to remove my posting,” he wrote. “To my mind, since they are the purveyor of freedom of speech, they must at least allow me to explain and defend my position.”

Cedric O, the French junior minister for digital affairs, on Thursday responded to Mahathir’s original post on Twitter by saying he had contacted the social media platform and wanted the two-time Malaysian prime minister’s account to be suspended. “If not, @twitter would be an accomplice to a formal call for murder,” he wrote.

Mahathir – currently engaged in a messy power struggle with the administration of his successor, Prime Minister Muhyiddin Yassin – on Friday questioned how the social media platforms defined free speech.

“On the one hand, they defended those who chose to display offending caricatures of Prophet Muhammad S.A.W. and expect all Muslims to swallow it in the name of freedom of speech and expression,” he wrote. “On the other, they deleted deliberately that Muslims had never sought revenge for the injustice against them in the past.”

Mahathir’s Thursday post drew reactions from across the world. While detractors were plentiful, the acerbic-tongued politician also had some admirers who concurred with his views, saying that he was merely exercising his freedom of speech.

Najib wrote on Twitter: “The world should calm down and read [Mahathir’s] statement in its full context. I’m sure he didn’t mean exactly what he said. And even if he did, it’s his personal opinion not Malaysia’s.” But in the meantime, Najib wrote, someone should “take away all his social media accounts before he does more damage”. 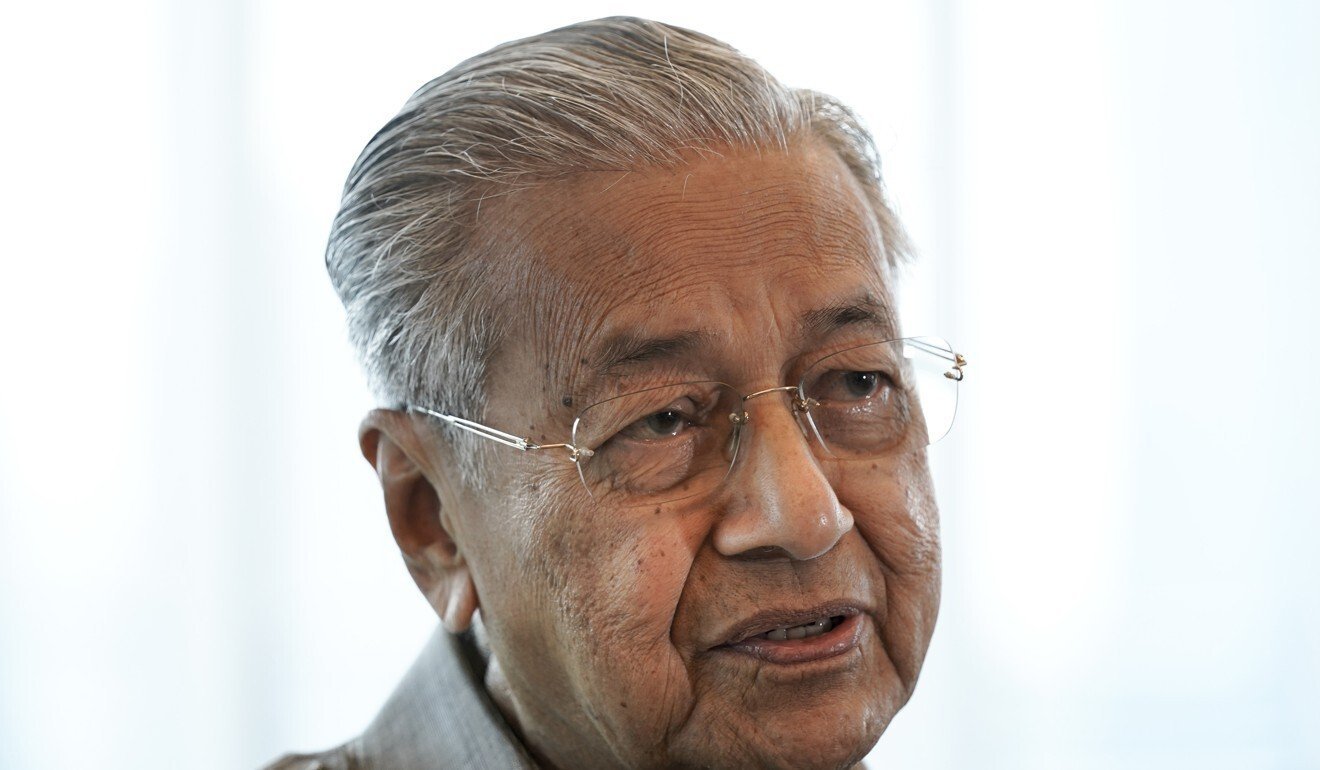 Mahathir, who has been in politics for seven decades, is no stranger to controversy for his thoughts on certain world affairs.

He has revelled in his status among parts of the Muslim world as an anti-West champion of those who profess the religion, and for decades has been criticised for hardline views about Israel that are deemed anti-Semitic.

In his 1970 book The Malay Dilemma, he described Jews as “hook-nosed”, later defending this by saying that Malays were often called “fat-nosed” but had not responded negatively.

In his original post on Thursday, he also called into question the concept of gender equality and claimed that the dress code for European women had degraded over the years to a state “where a little string covers the most secret place, that’s all”.