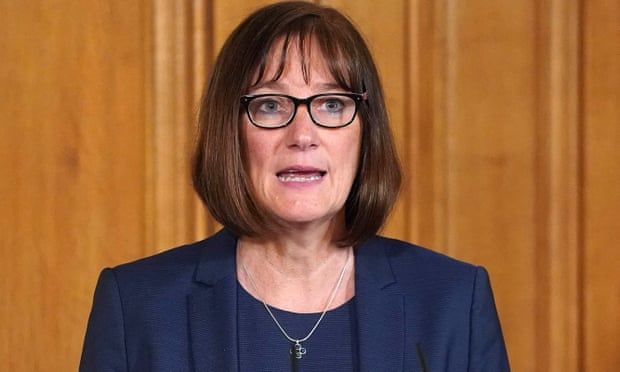 After five years at the agency tackling organised crime, she is leaving to focus on treatment for breast cancer
The head of the UK’s National Crime Agency (NCA), sometimes described as Britain’s FBI, is stepping down to focus on her treatment for cancer.

Dame Lynne Owens announced her intention to retire as NCA director general on Friday, after 32 years of service to law enforcement.

The former chief constable of Surrey police, who has overseen considerable change at the NCA, which tackles organised crime gangs, was diagnosed with breast cancer in the summer and recently received treatment.

In a statement, she said: “Following the treatment I received for breast cancer in the summer, the prognosis remains entirely positive and I have recovered from the initial surgery well. However results indicate, and the medical team advise, that I now require more extensive surgery (a mastectomy).

“While back at work I am mindful that I have recently been away from the agency for almost four weeks, and the next stage will require a more extended period of absence.

“Throughout my service I have sought to focus on our responsibilities to the public and those I lead before myself and I cannot, with integrity, conclude that it is in the interests of the agency to leave it with such uncertainty in leadership.

“Similarly, I recognise I need to create the time and space to heal physically and emotionally without the self-imposed pressure to return. I do not feel that my working life is over and I hope to contribute again in the future.”

She has led the agency since January 2016 after a career that spanned three police forces, starting in 1989 when she joined the Metropolitan police as a constable.

In the last financial year, the NCA had an almost 40% increase in disruptions, which are when intentional activity leads to an organised crime gang (or individual) being unable to operate at its usual level of activity, compared with the previous year.

Owens was made a dame in the new year’s honours this year for service to law enforcement.

In her statement she said: “There is no doubt in my mind that the National Crime Agency will continue to go from strength to strength. Our outstanding officers work tirelessly to protect the public from serious and organised crime, sometimes in the shadows and with a contribution that is less visible to the public eye.

“We have worked hard to share some of our superb results and I know that the UK; its citizens, communities and businesses are safer as a result of their actions both here and abroad. I am so proud of them and all they do.”

An interim director general would be appointed by the home secretary as soon as possible, who would lead the agency while a substantive successor to Owens was appointed through a competitive recruitment process, the NCA said.
Add Comment