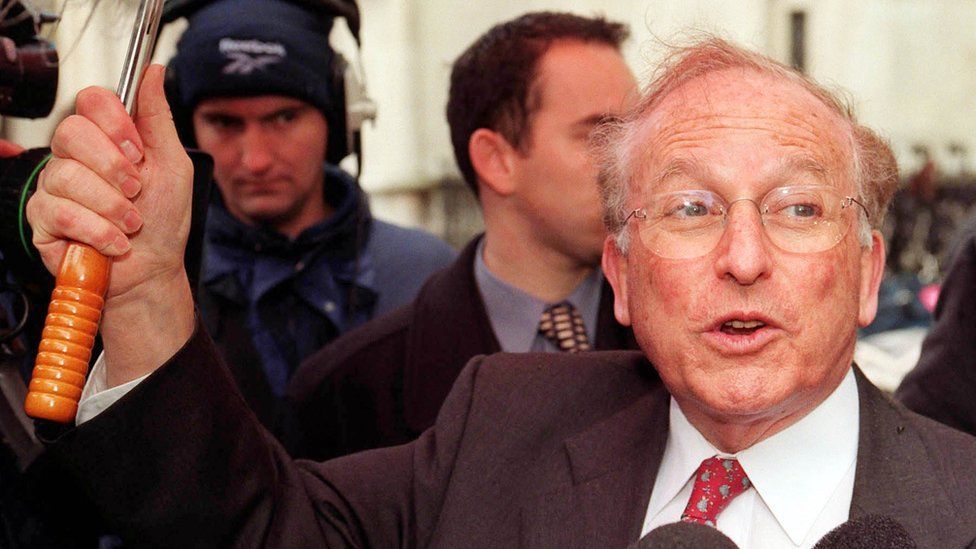 "On multiple occasions police put too little emphasis on looking for supporting evidence and shut down investigations without pursuing all outstanding inquiries," she said.

"This inquiry has brought up themes we are now extremely familiar with, such as deference to powerful individuals, the barriers to reporting faced by children and the need for institutions to have clear policies and procedures setting out how to respond to allegations of child sexual abuse."

His son Daniel said the inquiry "fails to challenge our late father's innocence" and "offers no proof whatsoever of guilt". 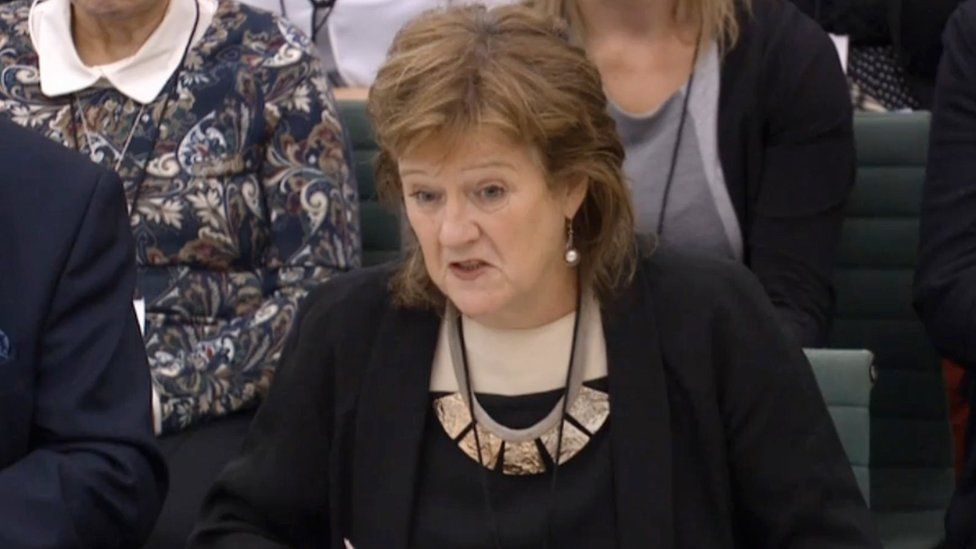 The inquiry heard accounts from 33 complainants, with allegations of abuse stretching across three decades.

In 1999, Leicestershire Police's Operation Magnolia looked into allegations made against the politician, but the inquiry found it "seemingly involved a deliberate decision by [the force] to withhold key statements" from the Crown Prosecution Service (CPS), which it described as "serious and inexcusable".

Operation Dauntless was set up in May 2006 following further claims from another alleged victim, with the report criticising police and CPS decisions not to carry on the investigation as "unsound and strategically flawed".

In 2012 a further police probe, named Operation Enamel, was set up to look at evidence that may not have been considered in earlier investigations.

After further evidence and more complainants came forward, Lord Janner was charged with 22 offences, including indecent assault and buggery, which dated from the 1960s to the 1980s.

At the time of his death, Lord Janner was due to face a trial over claims made by nine complainants, with the prosecution seeking to add further charges. 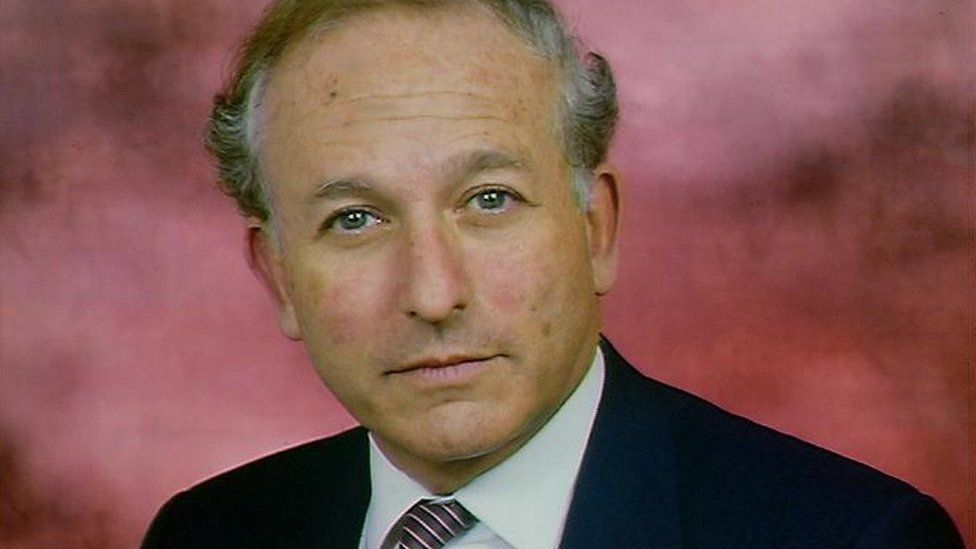 None of the complainants were called to give evidence in person, due to it focusing solely on the state responses to their allegations, rather than the authenticity of the claims.

Christopher Jacobs, who represented some of the complainants, described the case of Tracey Taylor - who has waived her right to anonymity - who was put into care as a 14-year-old in the 1970s.

"She said she was raped by a man who said his name was Greville Janner, he said he was an MP and that he could make her the next prime minister's wife," Mr Jacobs told the inquiry.

"She has told the police about the abuse, but she has never been believed due to her mental health problems. On some occasions, police mocked her statements, calling her Crazy Tracey."

Tim Betteridge, another complainant to waive his anonymity, said he was sexually abused by Lord Janner on two occasions, including once in an allotment and once in a mobile unit.

The inquiry heard Mr Betteridge raised the alarm but was told by care home staff "nobody would believe him because he was just a brat in care".

This report did not find evidence of a conspiracy to protect a local MP, but its officials believe what they discovered was actually more serious.

Adults who had grown up in children's homes weren't taken seriously when they came forward to make allegations, because of their backgrounds.

The claims of one accuser were rejected because he may have had a history of mental illness. However, later police inquiries looked at his medical records and concluded that wasn't the case.

This investigation isn't the only one where the inquiry has seen evidence that alleged crimes against children have been dismissed prematurely.

Its final report will have to come up with recommendations to prevent it happening again.

The inquiry also heard "a number" of staff at Leicestershire County Council had concerns over Lord Janner's association with a child in care.

The report stated "undue deference" was shown to the politician, who had "unrestricted access" to the child, with "little if any thought given to any child protection issues".

No inquiries were made into staff concerns, and the council has accepted it "failed to take adequate steps in response" to them. 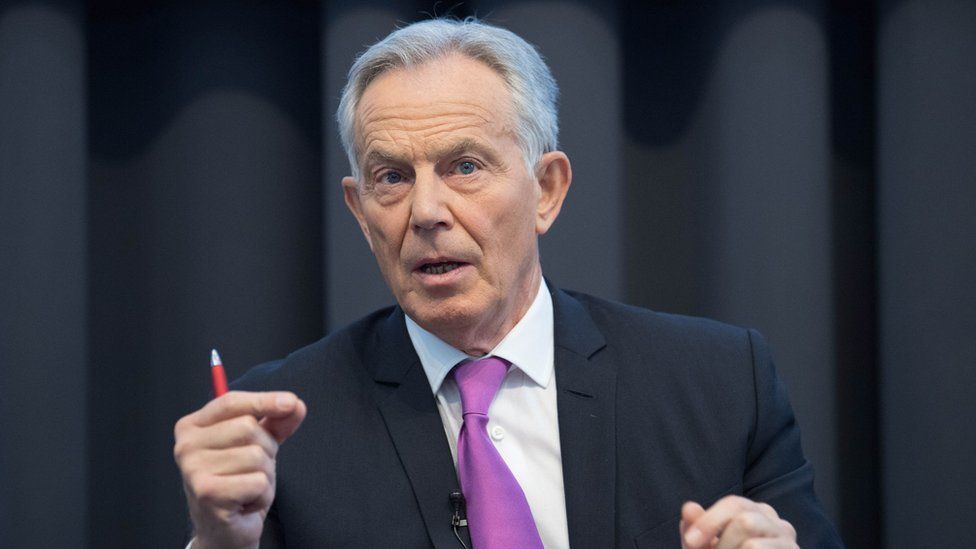 The inquiry also examined the Labour Party's response to the allegations, saying it was not enough for it to leave it to the police and CPS due to Lord Janner's "privileged and powerful position".

David Evans, the current general secretary, told the inquiry new systems were now in place should any allegations be made against a sitting MP.

The inquiry also said Lord Janner should have been subject to scrutiny when he was nominated for a peerage by then-prime minister Tony Blair, weeks after sweeping to power in 1997.

Mr Blair previously told the inquiry he was aware of the allegations but they were not a "bar" as Lord Janner had denied them, and there had not been any charges.

Leicestershire Police said the force would study the report "scrupulously and examine it for any actions or improvements".

Chief Constable Simon Cole said: "I would like to reiterate the wholehearted apology I gave in February 2020 to any complainant whose allegations during earlier police investigations into Lord Janner were not responded to as they should have been.

"The council at the time simply did not do enough to keep the children in its care safe and for that, I am sorry," Mr Rushton said.

A spokesperson for the CPS added: "The CPS has acknowledged past failings in the way allegations made against Lord Janner were handled. It remains a matter of sincere regret that opportunities were missed to put these allegations before a jury."

Richard Scorer, a lawyer at Slater and Gordon - which represented 14 complainants at the inquiry - said: "Had investigations been conducted properly, it is clear that Lord Janner could have been prosecuted in his lifetime.

"Sadly the clock cannot be rolled back and the criminal trial of Lord Janner which could and should have taken place will never be possible."

* Lord Janner was the subject of child sex abuse allegations dating back to 1955.


* Three police investigations took place in the 1990s and 2000s, but no charges were brought.


* Following a fourth inquiry, he was charged in 2015 with offences against nine alleged victims. Police say 40 people accused him of abuse.


* The peer, who had dementia, was ruled unfit to plead, and died aged 87 before a trial of the facts could take place.


* An independent inquiry in 2016 found the three earlier investigations were "missed chances" to prosecute him.


* Nine of Lord Janner's accusers began the process of suing his estate for damages.


* Three dropped their cases in March 2017 and the remaining six two months later.