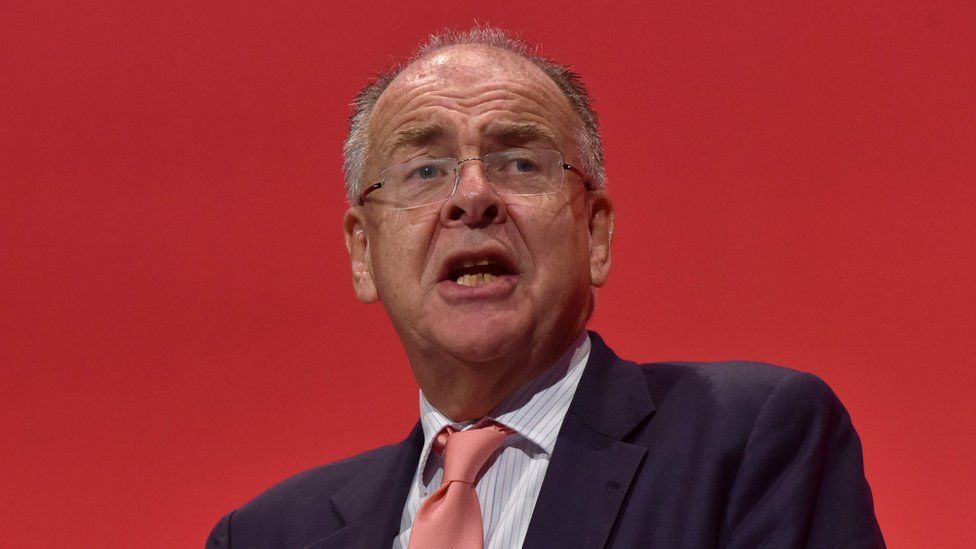 Lord Falconer apologises for calling Covid a 'gift' for lawyers

Labour's shadow attorney general has apologised for previously describing the Covid-19 pandemic as a "gift that keeps on giving" for lawyers.

According to the Mail on Sunday, Lord Falconer made the comments during an online event hosted by a legal firm last June.

The Labour peer said he had been referring to legal questions arising from frequent changes to the law.

"But I very much regret my choice of words," he added.

According to the newspaper, he made the remarks during an online seminar hosted by law firm Gibson Dunn about law changes during the pandemic.

Lord Falconer, who served as justice secretary under former Labour prime minister Tony Blair, is a partner at the company.

In his introduction to the seminar, he is quoted as saying: "This is a gift that keeps on giving, the law keeps on changing, keeps on getting more complicated, and is always interesting."

The Labour peer told the BBC his comments "were expressly directed to the pace at which the government is making changes to the law and the legal questions that gives rise to".

"He was talking in the context of lawyers and the way the law was changing. But it was a very poor choice of words."

Mr Miliband said he had spoken to his colleague before appearing on the BBC programme and he was "very, very sorry and apologises for what he said".

"Charlie thinks the country has been through a terrible, terrible trauma and this in no way reflects his view about the Covid crisis."

As well as being justice secretary, Lord Falconer was a minister at the transport department, and then the Home Office, during the Blair era.

He went on to be appointed shadow justice secretary under the acting leadership of Harriet Harman, a role he kept under Jeremy Corbyn.

But he was among a dozen shadow cabinet members to later resign in the wake of the 2016 Brexit referendum over Mr Corbyn's leadership.