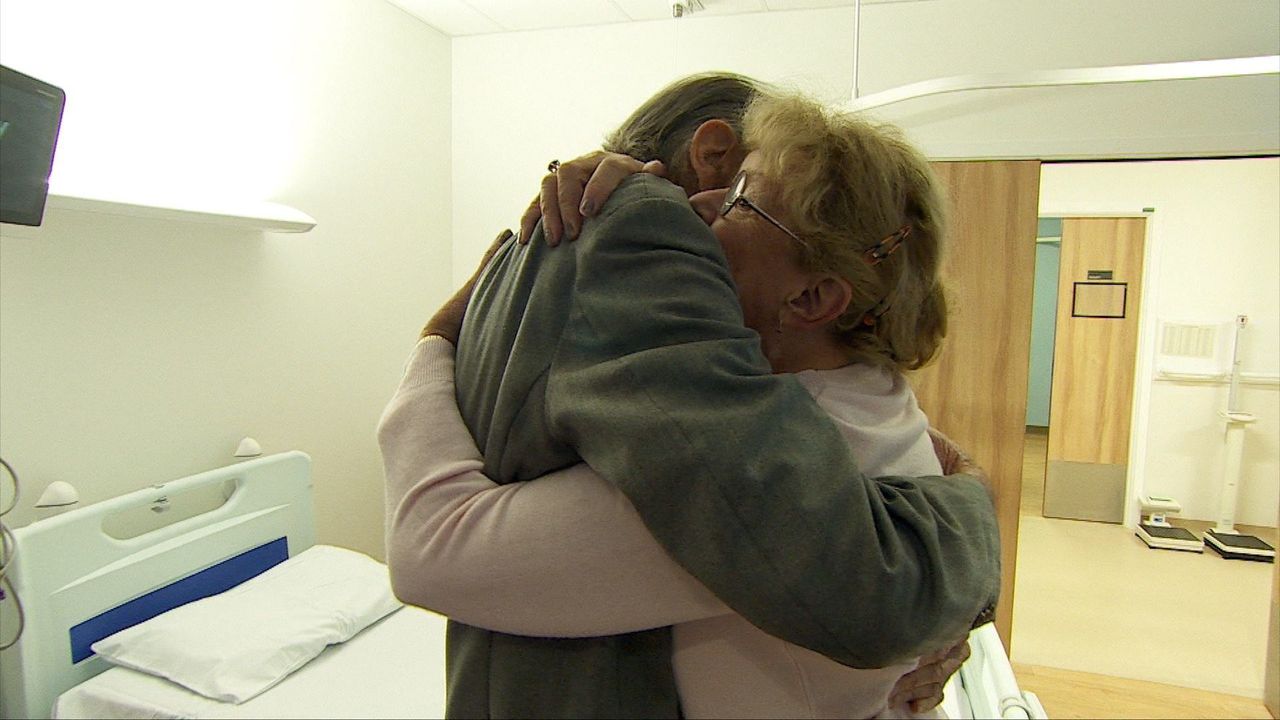 Sandy Law is reunited with the surgeon who performed the operation, 40 years ago.

To mark the anniversary, Mrs Law, who lives in Newcastle but spends much of her time touring Europe in a motorhome, has been reunited with some of the team who looked after her, including the surgeon who performed her operation.