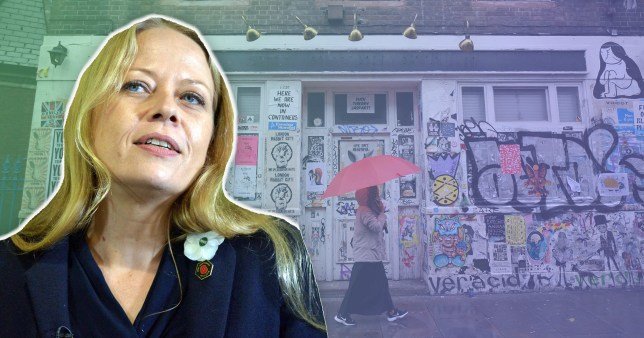 A London Mayoral candidate is backing a ‘circuit-breaker’ lockdown for the capital – and wants everyone in the city to be paid an allowance if one is brought in.

Green Party leader Sian Berry says that people in the city should be given a Universal Basic Income (UBI) as she outlined her support for Mayor Sadiq Khan’s call for a short lockdown.

It comes as Mr Khan welcomed a move to put the capital under tier 2 lockdown restrictions – even as pubs and restaurants warned the move is the ‘worst of both worlds’.

Ms Berry, who is also a London councillor, explained: ‘I support the Mayor’s call for a short circuit breaker lockdown, but I am also asking for these measures to come with a Universal Basic Income as the simplest, most effective way to protect lives and guard against a new wave of poverty.

‘A short, effective lockdown combined with universal income support, where no one can fall through the cracks into destitution, is what our citizens need at this crucial time. This is how we can work together as a city to save lives.’

Earlier this week Labour leader Sir Keir Starmer called for a two to three week national lockdown – branded a circuit-breaker – after it emerged that the Scientific Advisory Group for Emergencies’ (Sage) had advised the Government to bring one in back on September 21.

Ms Berry, who spoke exclusively to Metro.co.uk earlier this month about her support for UBI after being re-elected Greens co-leader, added: ‘This morning I told the Mayor that now is the time for a strong united call from London to short-circuit the complexity of current systems of support and welfare, and bring in a basic income that would stop anyone facing hardship from falling through the gaps this winter.’

She would not be pinned down on a specific figure for how much Londoners should be paid under her plan, but said the amount would need to be decided by ‘up to date modelling’, account for basic needs and ‘fill the current gaps’ in furlough support. 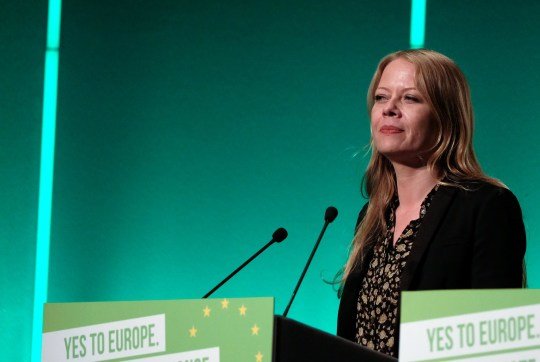 The Government is extremely unlikely to even consider the suggestion, amid a major row with local leaders in Greater Manchester over support for businesses if the region is put under tier three restrictions.

Ms Berry also called on the Government to ‘properly fund’ test and trace nationally and to stop using private companies.

London will move into tier two of the alert system from Saturday, banning people from separate households mixing indoors – including in pubs and restaurants.

Mr Khan, who has been calling for harsher restrictions for weeks, told City Hall the move is based on ‘expert public health and scientific advice about what is necessary to save lives in the capital’ – but stressed he is pushing for extra support from the Government.

He added: ‘Nobody wants to see more restrictions – but this is deemed to be necessary in order to protect Londoners’ lives by myself, London council leaders and by ministers’.

His calls for a ‘circuit-breaker’ lockdown have also been backed by a new Liberal Democrat rival for his job.

Luisa Porritt, who is replacing Siobhan Benita as Lib Dem candidate in next year’s delayed election, blamed ‘Government incompetence’ for the incoming restrictions.

She added: ‘It is clear that testing capacity in London is not good enough and that the Test and Trace system itself is in a mess. Until this is fixed, people will continue to face lockdown as a result of Government incompetence.

‘A circuit breaker, introduced now, will not only get the transmission rate down but would give the Government the opportunity to fix the failing Test and Trace system.’

Conservative candidate Shaun Bailey did not immediately respond to a request for comment from Metro.co.uk.

But he has heavily criticised Mr Khan’s handling of the crisis, and today slammed what he sees as a lack of action by the Labour Mayor over Transport for London health measures.