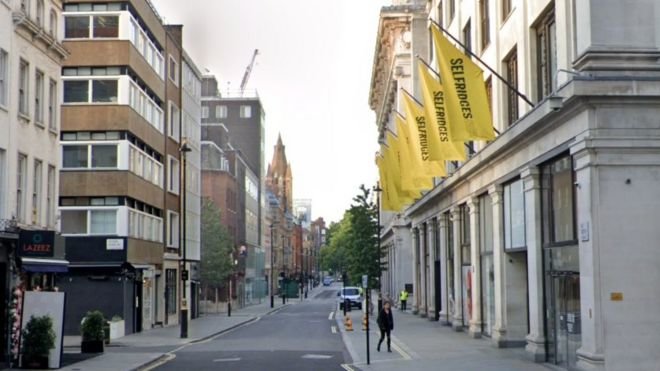 Selfridges has won its battle to stop a strip club being opened opposite an entrance to its central London store.

The applicants wanted to convert an existing nightclub on Duke Street into a bar offering "full nudity", striptease and pole-dancing.

The company behind the proposed venue argued that it would be discreet but Selfridges said it "has no place here".

Electshow Ltd had applied to turn the existing Blush club into a lap dancing club which would operate between 21:00 and 06:00 BST from Monday to Saturday. 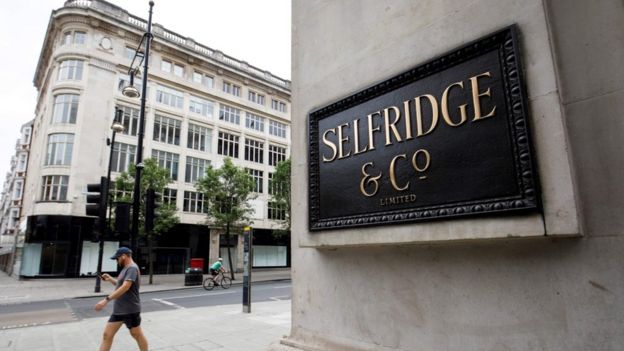 They previously told Westminster's licensing committee the venue could operate without affecting Selfridges as they would be open "at totally different times", according to the Local Democracy Reporting Service.

However, the department store along with the police, local residents and other businesses objected to the proposal.

Philip Kolvin QC, for Selfridges, told the committee the store had been working to make the area more "family orientated" and a strip club would be out of place.

In a statement, Westminster City Council said those who objected had "serious concerns" about the proposal "as they all think that it will be seriously detrimental to the area that they live and work in."

"This proposal for a new lap dancing club was inimical to the character of the area as it is now and as it is becoming... The grant of the licence would, therefore, be inappropriate," they said.