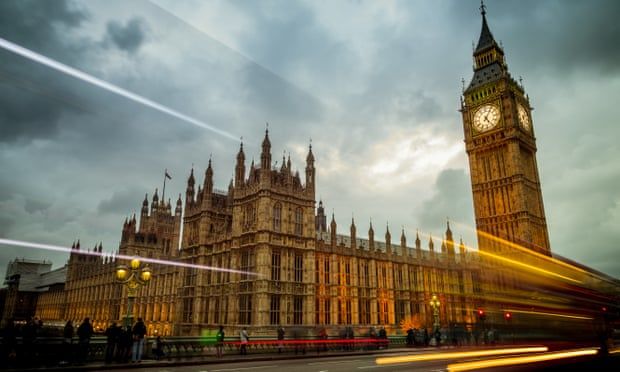 Exclusive: chair of standards committee calls for power to shut down APPGs where there are clear conflicts of interest

More than £13m has been poured into a growing network of MPs’ interest groups by private firms including healthcare bodies, arms companies and tech giants, fuelling concerns over the potential for backdoor influence.

Analysis by the Guardian and openDemocracy found that more than half the total £25m in funding for all-party parliamentary groups (APPGs) since 2018 has come from the private sector.

Other funds for the 755 groups – a number that has ballooned from 560 five years ago – came from charities and trade unions.

On Thursday, the chair of the Commons standards committee, Chris Bryant, for the first time called for parliamentary authorities to have the power to shut down the largely self-policed groups where there are clear conflicts of interest.

Writing for the Guardian, he said it may be time to ban commercial operators from funding and running APPGs: “When lobbying firms are effectively driving an APPG in the interests of their clients, we should not only know who those clients are, but we should be able to close the group down where there is a clear conflict of interest.”

Bryant, whose standards committee has opened an inquiry into the system, added: “It feels as if every MP wants their own APPG, and every lobbying company sees an APPG as an ideal way of making a quick buck out of a trade or industry body.”

APPGs are informal groups representing MPs’ and peers’ interests, from China and Russia to cancer, digital regulation, longevity and jazz. They must be chaired by MPs but are often run or funded by lobbyists and corporate donors seeking to influence government policy.

The groups can play a key role in drawing parliament’s attention to overlooked issues, Bryant says. They host roundtables, produce reports, take overseas trips and lobby for change but receive no public money.

A number of APPGs are sponsored by companies with interests in the policy areas the groups seek to influence. In situations where there is no conflict of interest, concerns may arise over the perception of one. Examples include:

*  The obesity APPG, which has sought to promote medical interventions for obesity, received £178,500 to £183,000 between 2019 and 2021 from three private healthcare companies that make or promote gastric bands or drugs used in obesity surgery and treatment: Johnson & Johnson, Medtronic and Novo Nordisk.

The support was used to pay for a lobbyist, HealthComms Consulting, to run the APPG’s secretariat. The lobbyist says on its website that the APPG promoted calls for “a shift away from the ‘move more, eat less’ mentality prevalent in obesity thinking and better utilisation of treatment for obesity and access to services”. It adds that the APPG “had direct input into the government’s obesity strategy published in July 2020 through meeting with No 10 officials and the development of a top 10 policy wishlist”. The company did not respond to a request for comment.

*  MPs from the armed forces APPG took a trip to Bosnia last autumn as it stood on the brink of conflict, with hospitality and transport part-funded by an arms company, Lockheed Martin, and the defence support company CAE. Lockheed Martin’s head of government affairs accompanied them for one night and to a dinner. A Tory MP on the visit, James Sunderland, subsequently spoke in a Commons debate about the need for the UK to be “part of the solution in the country [Bosnia]” without declaring the trip’s funding.

James Gray, the APPG’s chairman, said the trip should have been declared as paid for by the APPG, of whom Lockheed Martin and CAE are “merely sponsors”. He said the companies “had nothing to gain” from the trip, and the subscribers to the APPG “do so because they believe in having a good group of MPs and peers who understand defence”. A Lockheed Martin spokesperson said funding for the visit “would have come from the APPG’s funds and not specifically from Lockheed Martin UK’s contributions”. Sunderland did not comment.

*  In areas related to the climate crisis, the secretariat of the sustainable aviation APPG is an alliance of airlines and airports, while energy companies provided tens of thousands of pounds in the past year for the consultancy running the net zero APPG.

Graham Brady, a senior Tory who chairs the sustainable aviation APPG, said it was formed to support collaboration between the aviation sector and parliament, adding: “The benefits in kind reported on the register represent routine secretarial work carried out to facilitate meetings of the group. No direct funding is involved and no benefits in kind have been given to members of the group.”

Many APPGs have secretariats run by charities, trade unions and other organisations, which help with their administration and act as a contact point.

The Guardian and openDemocracy analysis found that since 2018, APPGs have declared £5m in cash funding and £18.3m-£20.2m of “benefits in kind” support, which covers the provision of services, secretarial work, trips or hospitality. More than half of the sponsorship and donations – about £13m – came from private companies.

APPGs have been at the centre of controversies but remain largely self-policed. Last month a fresh spotlight fell on the groups after it emerged that a woman at the centre of an MI5 security alert to MPs had provided support and funding for the now disbanded Chinese in Britain APPG.

In September, MPs on the standards committee raised questions over the longevity APPG offering platinum, gold and bronze tiers of membership for sponsors, with a fee of up to £100,000 for access to meetings with the group’s members. The APPG said it had dropped the scheme and no sponsor was ever involved in tiered membership.

The group also runs a tiered membership, with rates ranging from £500 for charities to £5,000 for large corporations, for “benefits” such as access to events. Pictfor denied any similarity to the longevity APPG scheme and said its membership did not represent a tiered system of opportunity or influence over the group or its members, but rather protected against it.

Analysis of a range of other APPGs underlines the links between the MPs’ groups and private firms.

The secretariat for the British bioethanol APPG is listed as Ensus UK, which operates one of the UK’s largest biofuel plants. After the APPG submitted a report to the government calling for the introduction of E10 fuel, which uses biofuel of the type manufactured by Ensus, a meeting was held between the APPG’s chair, a government minister and the commercial director of Ensus UK. Ensus said its support and “modest financial contribution” towards the APPG’s work on E10 was a matter of public record.

New coronavirus-related APPGs include business in a pandemic (Covid) world, which has declared £49,000 of benefits-in-kind support for its secretariat, the lobbyist Wychwood Consulting, from a Covid diagnostics company, Cignpost. Neither Wychwood nor Cignpost responded to requests for comment.

Arms companies are particularly active, with firms including BAE Systems, Lockheed Martin and the missile maker Raytheon supporting the armed forces APPG with £256,000 over four years. A Lockheed Martin UK spokesperson said: “This support is openly and transparently registered in the register of APPGs.”

The technology and national security APPG, formed in 2020, received support worth up to £39,000 from Rebellion Defence Ltd, a US-UK defence AI company which has the former Google chief executive Eric Schmidt as an investor and board member, among others. The “benefit in kind” support allows for the APPG’s secretariat to be provided by an Oxford University defence studies centre where one of Rebellion’s co-founders is a research fellow. Rebellion Defence and the APPG declined to comment.

All APPGs must be registered and provide funding details but most do not produce or make readily available a detailed breakdown. They are obliged to provide accounts on request, but half of 190 APPGs failed to do so when asked by openDemocracy.

APPGs are required only to complete a simple “template for income and expenditure statement” but this does not give the opportunity to provide many details. The alternative dispute resolution APPG’s form listed £4,501-£6,000 for secretariat services and £13,501-£16,000 for a visit to Singapore, with no further detail. The group was approached for comment.

Some APPGs, such as the group for the Celtic Sea and another for the wood panel industry, have a lobbyist as a secretariat but no figures for funding were published on their parliamentary registration page. Their chair was contacted for comment. Some other APPGs gave fuller details. On the comprehensive Pictfor website, accounts were uploaded to its blog section.

Steve Goodrich, of Transparency International, said: “From big tobacco to kleptocratic regimes, there are a plethora of interests behind these groups that remain [largely] unchecked by formal rules. Without greater transparency over lobbying, much of what happens in these groups will remain behind closed doors.”