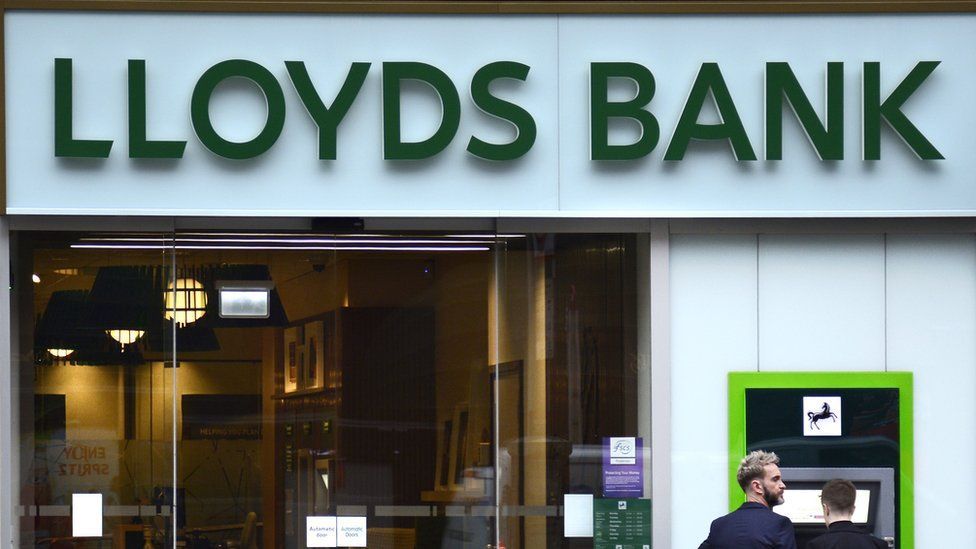 Lloyds Bank staff to get £1,000 to help with cost of living

More than 64,000 staff at Lloyds Bank are to receive a £1,000 one-off payment to help with the rising cost of living in the UK.
The payment - due to be made in August - comes after a campaign by the union Unite, which demonstrated at Lloyds' annual general meeting last month.

Unite said it was a "important step" in changing the bank's pay structures.

In a memo seen by the BBC, Lloyds said the money would help during uncertain economic times.

Prices in the UK are surging at their fastest rate for 40 years due to record-high fuel and energy costs, putting pressure on households' finances.

Inflation - the rate at which prices rise - currently stands at 9%, and is expected to increase further later this year.

"Staff will welcome the £1,000 bonus but there is still a long way to go to eradicate low pay in one of the economy's most profitable sectors."

Unite has been campaigning to get businesses to pay staff more, amid the cost of living crisis.

"There is anger that this wealthy organisation is forcing some bank employees to turn to debt to pay their bills," Unite said about Lloyds in May, when it said some staff had told the union they could not afford to heat their homes or make pension payments.

In its memo, Lloyds Bank said that it anticipated the current economic environment would continue featuring in pay negotiations with its employees in 2023.

Last month, official figures showed that there were fewer unemployed people than job vacancies for the first time since records began.

Pay rates have been increasing as businesses have been seeking to recruit and retain staff.