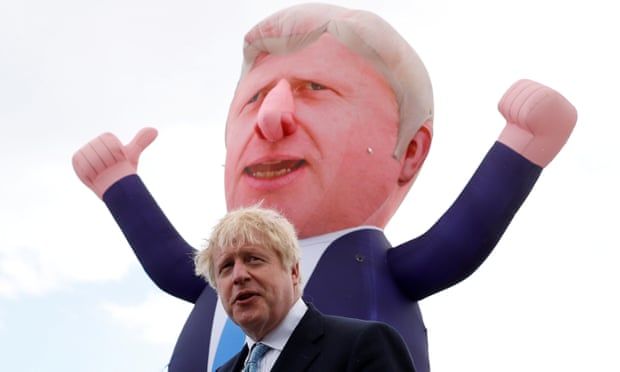 Liz Truss has been warned against attempting to install an MP sympathetic to Boris Johnson on the inquiry examining whether he lied to parliament, amid concerns that the government is already trying to rein in the investigation.

It is understood that Truss, who is expected to be confirmed as the new prime minister on Monday , will have the power to put a new Tory MP on the privileges committee, which is investigating whether Johnson misled MPs over Downing Street lockdown parties.

She is being warned that any attempt to appoint an MP with connections to Johnson will be opposed by parliament and could lead to a repeat of the Owen Paterson sleaze scandal. Johnson’s bid to change Commons rules to protect Paterson from punishment over lobbying is seen by many MPs as marking the start of his demise.

The new prime minister and their chief whip will have the power to recommend a new Conservative member of the committee after Laura Farris, the MP for Newbury, resigned from it in the summer. Her resignation will be formally accepted when MPs return to the Commons this week.

It leaves Truss with a difficult decision about whether or not to replace Farris. Johnson and his allies have been highly critical of the inquiry. Truss has also emerged as the clear favourite for the leadership after winning their support. While she and her new chief whip can nominate an MP, she also has the option of leaving the post unfilled.

Chris Bryant, the Labour MP who stepped back from leading the privileges committee because of his previous criticism of Johnson, warned that the Commons would not allow the inquiry to be politicised.

While such nominations are usually nodded through without a vote, MPs could intervene.

“The House could object, vote it down or amend it or refuse to allow it to go through,” he said. “The danger for them is it means we might end up having a debate on it [in the Commons] and possibly another rebellion if they get the wrong kind of name.

“There is also another argument, which is that if you haven’t taken part in the inquiry from the very beginning, you shouldn’t take part. You can’t become a juror if you’ve only started taking part halfway through the process. So if I were them, I would just leave it be. 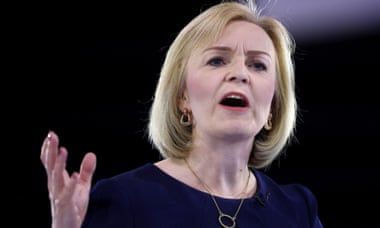 Liz Truss will be able to put a new Tory MP on the Commons privileges committee or leave the post unfilled.

“I have absolute confidence in the present members of the committee, whatever their party affiliation. That must be true of any other member who joins the committee.”

Johnson has already been accused of attempting to apply pressure to the committee, which is headed by Labour veteran Harriet Harman. The prime minister has already taken the highly unusual move of commissioning and publishing a legal opinion from a senior QC scrutinising the legal basis for the process. The opinion, from crossbench peer David Pannick, cost the taxpayer almost £130,000.

In it, Pannick , argued that the Commons committee on privileges and standards was “proposing to adopt an unfair procedure” in examining allegations that Johnson falsely told the Commons he knew nothing about gatherings and parties.

It stated that Johnson should be permitted a lawyer and any sanction on him for inadvertently misleading MPs “would be likely to have a chilling effect on ministerial comments in the House”. However, legal commentators have criticised the opinion, as the inquiry is a matter for parliament and not the courts.

Amid speculation of a Johnson comeback after he has scooped up huge figures on the speech circuit, some senior Tories believe the inquiry has the ability to ensure that he has no route back to the leadership. “I really don’t think he will get through the committee inquiry,” said one minister, who pointed out that potentially damaging testimony will be given in public.

His comments come amid wider concerns about some of the final decisions being made by Johnson in his closing days as prime minister. They include choosing the author of a book on his “wit and wisdom” to help oversee the appointment of new peers. Johnson is expected to submit two controversial lists of new peerages in the next few weeks.

Journalist Harry Mount, a fellow former Bullingdon Club member and the author of The Wit and Wisdom of Boris Johnson, will take up the role on the House of Lords appointments commission from 11 September.

He will be part of the team scrutinising a regular peerages list and Johnson’s resignation honours list.

Peerages are rumoured to include Commons allies Nadine Dorries and Nigel Adams, as well as Tory party donor and co-chair Ben Elliot, who had business links to Russian money.

The lists are also expected to include the former Daily Mail editor Paul Dacre, who Johnson repeatedly tried to install as chair of the media regulator Ofcom.