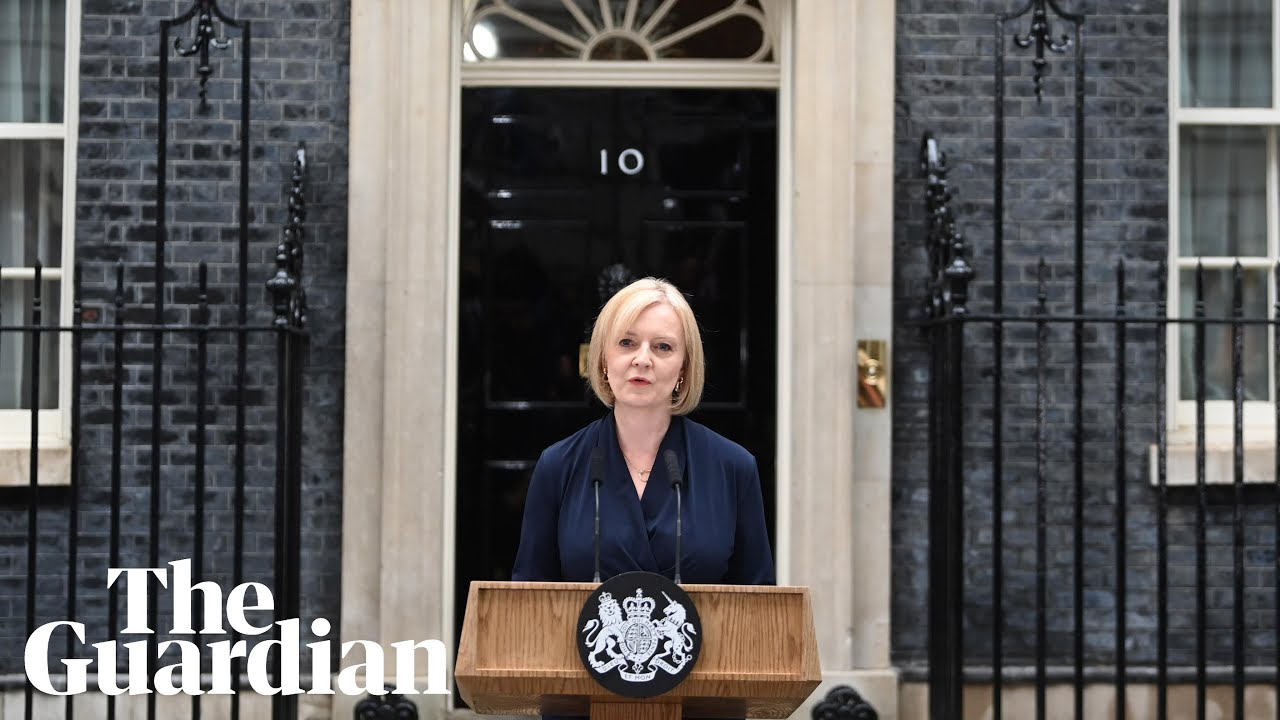 Speaking outside No 10, Truss promises to rebuild economy and turn UK into an ‘aspiration nation’

Liz Truss told Britons they could “ride out the storm” of the worst economic crisis in a generation as she addressed the nation for the first time as prime minister.

Standing outside 10 Downing Street, she promised she would take “action this day and every day” to transform the country into what she called an “aspiration nation”.

The new prime minister said she would take action to deal with the cost of energy, as well as more action to support the NHS and help people make doctor’s appointments, but gave no details.

In a short and direct speech, she told the assembled crowd: “We shouldn’t be daunted by the challenges we face, as strong as the storm may be. I know that the British people are stronger.

“Our country was built by people who can get things done. We have huge reserves of talent, of energy, of determination. I am confident that together we can ride out the storm.

“We can rebuild our economy and we can become the modern, brilliant Britain I know we can be.”

Truss, 47, took over as prime minister after meeting the Queen at Balmoral, where she was asked to form a government after the resignation of Boris Johnson, who was ousted by Tory MPs earlier this summer after a series of scandals.

She returned immediately to Downing Street by private jet for her first address to the nation in her new role, narrowly avoiding a thunderstorm that initially seemed to have forced her inside to deliver her speech. 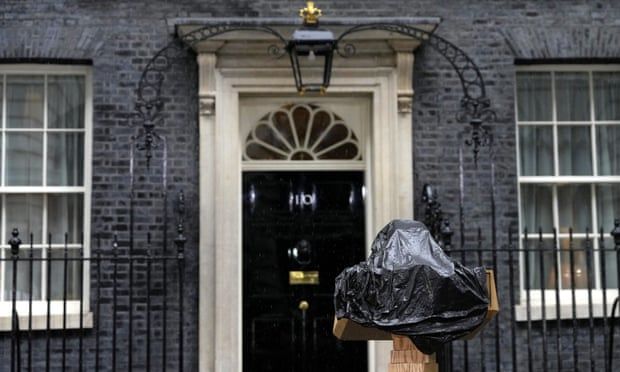 Microphones were covered with a plastic bag as rain fell outside No 10 before Truss’s address.

Senior Tories, including several of those expected to be in her new cabinet, joined MPs and party activists crowded into Downing Street alongside the world’s media to watch the arrival of the UK’s fourth prime minister in just over six years.

One of her first significant acts as prime minister is expected to be an announcement on plans to tackle the energy price crisis, with allies understood to be discussing a £100bn package to freeze bills. This could come as soon as Thursday and is expected to be paid via extra borrowing, rather than a windfall tax on suppliers as Labour has proposed.

Truss vowed to tackle the issues that she said had been holding Britain back for years by building more roads, homes and rolling out broadband faster.

“I know that we have what it takes to tackle those challenges. Of course, it won’t be easy. But we can do it,” she said. “I’m determined to deliver.”

But the new prime minister faces an uphill struggle with an economic crisis looming, a bitterly divided Tory party and a general election in the next two years.

In an echo of Winston Churchill, also a favourite of her predecessor in No 10, she promised “action this day” to deliver her plans to transform the country.

She pledged to “deal hands on” with the immediate energy bills crisis facing households across the country. “I will take action this week to deal with energy bills and to secure our future energy supply,” she added.

She repeated her vow to deliver growth through radical economic reform and long-promised tax cuts, despite criticism that she should tackle soaring inflation first.

Truss, who has presented herself as the “continuity Boris” candidate, praised the former Tory leader, saying history would regard him as a “hugely consequential” prime minister.

After her address, Truss is planning to make the final tweaks to her cabinet, which will be announced later on Tuesday, with more junior roles following over the coming days. She is expected to appoint a cabinet of loyalists, including Kwasi Kwarteng as chancellor, James Cleverly as foreign secretary and Suella Braverman as home secretary.

Other key appointments are expected to include Thérèse Coffey as health secretary and deputy prime minister, but there will be no role for her defeated leadership rival, Rishi Sunak, who returns to the backbenches.

In the coming days, Truss will have to navigate an overwhelming in-tray during the worst economic crisis in a generation, with soaring inflation and energy bills, the prospect of an autumn of strikes, the NHS and ambulance services on their knees and the conflict in Ukraine showing no sign of easing, as well as the ongoing row with Brussels over how to implement Brexit in Northern Ireland.

She also faces an uphill struggle to win over Tory MPs as she inherits a deeply divided party lagging behind in the polls with some backbenchers already said to be plotting her demise.

Johnson used his own speech on departing No 10 to call on the Tory party to unite behind Truss, but he could not conceal his bitterness at the way he was ousted. He suggested he would now slip into political obscurity, although a reference to Roman statesman Cincinnatus fuelled speculation he could consider a comeback.