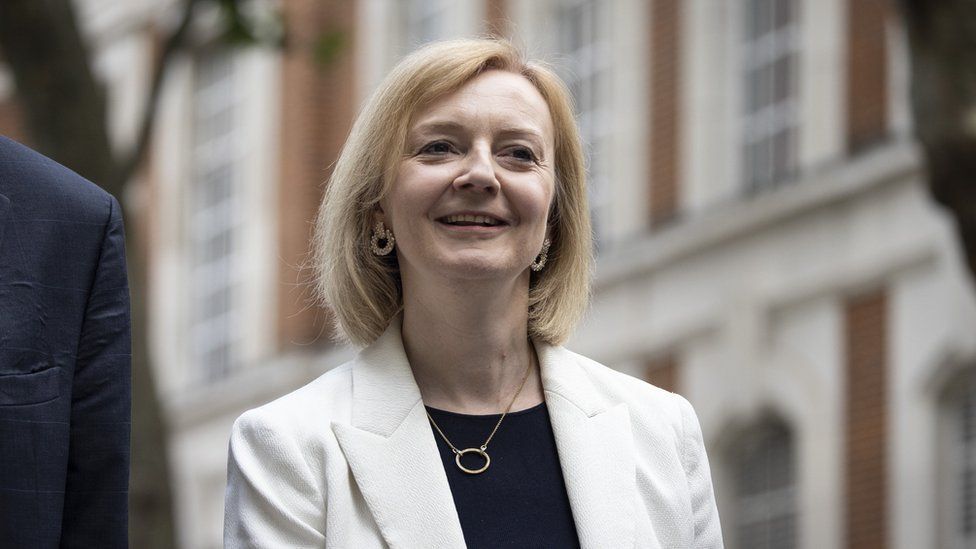 What we have learnt explicitly this week is Liz Truss's diagnosis of the country's economic problems extends well beyond her opponent Rishi Sunak's attitude to taxes.
The foreign secretary is arguing the country has been hobbled by a 20-year economic malaise caused by successive governments of various colours.

From New Labour to the coalition government of the Conservatives and Liberal Democrats and beyond - she suggests there has been a claggy consensus.

Now, she argues, it's time to unleash the Tory tigers of tax cuts and deregulation to jump start the economy.

There is yet more evidence her vision is proving popular with the 160,000 or so people who hold the keys to No 10 Downing Street - members of the Conservative Party.

A poll from YouGov suggests she has a whopping lead over Rishi Sunak.

He insists tax increases that are coming - such as rising corporation tax - are justified given the colossal costs of Covid, and cutting tax too soon could make dealing with soaring prices harder.

Expect him to argue too that Liz Truss should spell out how she would pay for promises like sorting out social care or dealing with the NHS backlog while also cutting taxes.

What has struck me is Liz Truss's diagnosis of what is at the root of many of the UK's problems - sclerotic economic growth - is very similar to what the Labour leader Sir Keir Starmer thinks.

Their solutions to address the issue would be very different, but the problem they're trying to solve is the same.

As for Rishi Sunak, we can expect him to broaden his attempts to appeal to Conservative members.

It looks like there'll be a blitz of policy ideas, taking in topics such as crime, immigration and Brexit.

Where possible, and there won't be much chance, both candidates will try to get some rest.

It's been a whirlwind few weeks and one of them is moving house in just over six weeks; their life and that of their families never the same again.

Before then, the longest job interview of their lives. Plenty more scrutiny and jeopardy awaits.
#Covid
Add Comment