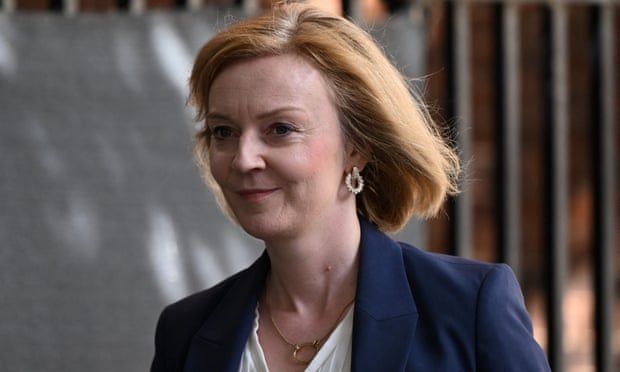 A trio of cabinet ministers declared they were running for the Tory leadership on Saturday night, amid calls to alter party rules to thin out the increasingly crowded field of candidates.

Shapps, who was among the cabinet ministers to tell Johnson that his time was up last week, said he would end the period of “tactical government”, repeatedly distracted by crises. He was not among the ministers to resign last week and pointed to his loyalty to previous premiers.

“I have not spent the last few turbulent years plotting or briefing against the prime minister,” he told the Sunday Times. “I have not been mobilising a leadership campaign behind his back. I tell you this: for all his flaws – and who is not flawed? – I like Boris Johnson. I have never, for a moment, doubted his love of this country.”

That comment will be seen as a swipe at Rishi Sunak, who has been accused by Johnson allies of plotting his bid for months. Shapps previously played a key role in Johnson’s success in the last Conservative leadership contest.

Sunak, the former chancellor, appears to be attracting most approval in the opening days of the contest, gathering broad support from across the party.

His team also say that they are seeing growing grassroots support, with thousands of sign-ups to his campaign within the first day of its launch. There also appeared to be growing momentum for current chancellor Zahawi on Saturday night, with former cabinet minister Brandon Lewis becoming the most significant figure to back his newly launched campaign. 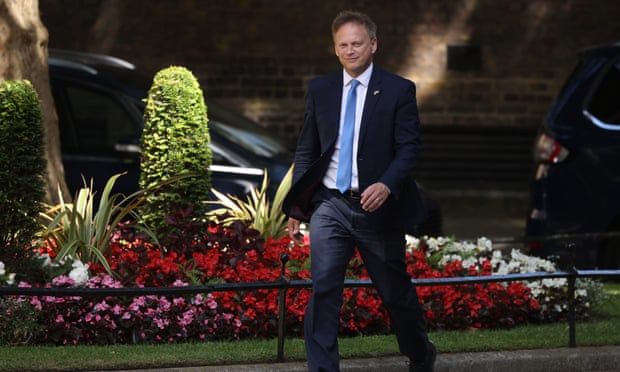 Grant Shapps was among the cabinet ministers who confronted Boris Johnson last week to tell him his time was up.

However, defence secretary Ben Wallace, who has become popular among the party’s grassroots thanks to his support for Ukraine, said he would not be standing. It was news that disappointed Johnson loyalists, who had seen him as the best “continuity candidate”. Some now see Priti Patel, the home secretary, as their best hope, but she has yet to reveal if she is running.

While Sunak has established an early lead among MPs, there are already signs that there is enough support for a figure on the right of the party who is hardline on Brexit, immigration and “culture war” issues. Both attorney general Suella Braverman and junior minister Kemi Badenoch appeared to have support for their announced leadership bids. Braverman, who has pushed for the government to take a tough stance on the Northern Ireland protocol, has won the significant support of the arch-Brexiter Steve Baker. However, a newly elected 1922 Committee of Tory backbenchers will this week set the rules of the contest, with several senior Tories calling for changes to remove some of the “absurd” bids for the leadership.

Under the current rules, a Tory MP has to be nominated by eight of their colleagues. In the first round of voting, candidates must get 5% of votes to stay in the running, which is 18 MPs. It is now possible that those thresholds could be increased to ensure a swifter contest.

Currently, backbenchers such as Rehman Chishti and John Baron have suggested they could run.

The Tory leadership contest will begin against a gloomy economic background, with pressure growing for more spending on public services, and as public sector workers demand inflation linked pay rises or better. Serious problems remain with Brexit, and Covid numbers are rising again. Some fear rash and risky promises may be made to win votes. What will be the key issues in the leadership debate that could shape public policy under the next prime minster and on which candidates will seek to make their mark?

Many Tory MPs and party members would like to see tax cuts sooner rather than later to get people spending and the economy moving, and want existing plans to raise taxes, such as corporation tax, to be dropped. One of the favourites – Rishi Sunak – will find it tricky to pose as a tax cutting Tory leader having pushed the overall burden up while chancellor. His rivals will, however, be sorely tempted to commit to slashing the tax burden, despite warnings from the Office for Budget Responsibility last week that doing would be high risk in an economy burdened by inflation and high borrowing.

Teachers, NHS staff, local government workers and millions of others across the public sector are demanding big pay rises close to, or above, the soaring rate of inflation. Will the would-be prime ministers demand more restraint, and back an approach that could cause a rash of strikes? Or will some take a more conciliatory approach by supporting teachers, nurses and rail workers in order to avoid more disruption for parents, school children, hospital patients and commuters this summer and autumn?

Brexit is still an issue that exercises anti-EU Tory MPs and the party membership greatly. A clear majority supported Boris Johnson’s hardline approach and credit him with having “got Brexit done”. Taking a similar hardline Brussels bashing approach on the protocol is likely to prove popular among the rank and file, but doing so will risk triggering a trade war with the EU and would infuriate Washington.

The pandemic may be past its peak, but Covid cases are rising again. The NHS needs more funding if it is to deal with the backlog of non-Covid cases and be in a fit state to handle a winter surge. Long-awaited reforms of social care are yet to materialise. There are big debates to be had about the size of the state and whether public spending should rise further to deal with today’s challenges. Big talk, and big promises will be easy to make but less easy to honour. Toby Helm, Political Editor