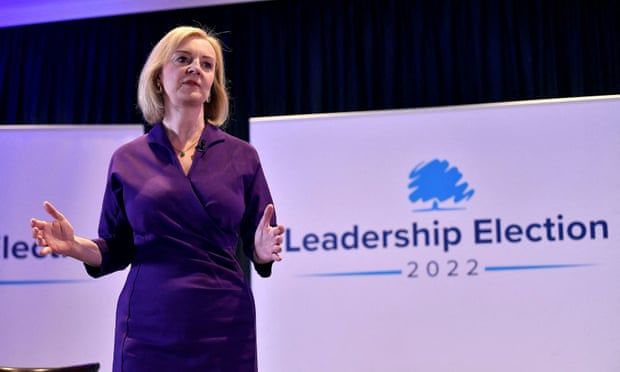 Former business secretary Vince Cable has criticised Liz Truss, warning that plans mooted by her campaign team to merge the City’s top regulators would be “dangerous.”

Citing campaign insiders, the Financial Times reported Truss was considering merging the Financial Conduct Authority (FCA), which is broadly in charge of overseeing company behaviour and protecting consumers’ financial interests, with the Prudential Regulation Authority (PRA), which is part of the Bank of England and responsible for making sure banks and insurers are financially stable and are not putting the wider economy at risk.

The merger could also include the Payment Systems Regulator (PSR), which oversees the networks that facilitate money transfers, contactless payments and cash machines across the UK.

The move would mean integrating the City watchdogs less than a decade after they were formed in 2013 as part of a post-financial crisis overhaul originally put forward by the then chancellor George Osborne in 2010.

Cable said it would be a mistake to reverse those reforms.

“It is a decade and a half since the banking crisis that did so much damage to the British economy,” Cable told the Guardian. “Much time, manpower and money has been spent establishing a system of regulation to ensure that the financial sector does not again impose serious systemic risk.”

The PRA and FCA were created by splitting the now defunct Financial Services Authority, which was criticised for failing to properly supervise banks in the lead-up to the previous financial crisis, and prevent scandals including the mis-selling of payment protection insurance.

Cable said that while the Tory leadership contest had been peppered with “vague” promises that could fall to the wayside once the business of running government kicked-in, “the proposals for financial regulation are, by contrast, more specific and more likely to see the light of day. That is why they are dangerous”.

One bank board member also told the Guardian the UK also risked “looking a bit silly internationally” by rowing back on financial crisis-era reforms. “There’s quite a risk that people say, ‘Well, what are they doing, here, you know? Can’t they make up their mind?’

“Most people think that we should be focusing on the substance, not on the structure,” the board member said, adding that the City was unlikely to welcome further uncertainty after Brexit.

Any plans to reintegrate the supervisors is likely to raise eyebrows, just as the UK steels itself for another economic downturn sparked by surging inflation. The decision could also face criticism if it results in job and cost cuts that risk further neutering the UK regulators. The PRA has about 1,350 staff, while the PSR operated with about 130 employees. The FCA is the largest of the three with approximately 4,000 employees.

While tensions continue to rise between politicians and the Bank of England over the latter’s alleged inability to keep rising prices under control, some suggested that Truss may also be responding to the City’s own frustrations with the FCA for alleged inefficiency and its willingness to intervene “aggressively” on behalf of consumers.

But while Cable acknowledged that both the FCA and PRA “have had their critics”, the financial system was far more stable and able to withstand “considerable stress” and that mis-selling scandals were “now very rare”.

Cable also warned that an overhaul would lead to unnecessary disruption and costs, at a time when the FCA is already facing criticism over poor resourcing and its failure to protect consumers who caught up in more recent scandals including the collapse of Neil Woodford’s investment fund and the minibond firm London Capital & Finance.

“The adage ‘if it ain’t broke, don’t fix it’ has force here especially as the machine was so difficult to assemble,” Cable said.

“The financial regulators already have a problem holding on to staff who are constantly being poached by the firms being regulated with the offer of better pay packages. Administrative upheaval doesn’t help,” he added.

The Bank of England and PSR declined to comment on reports of a potential merger, while the FCA said it was unable to comment.