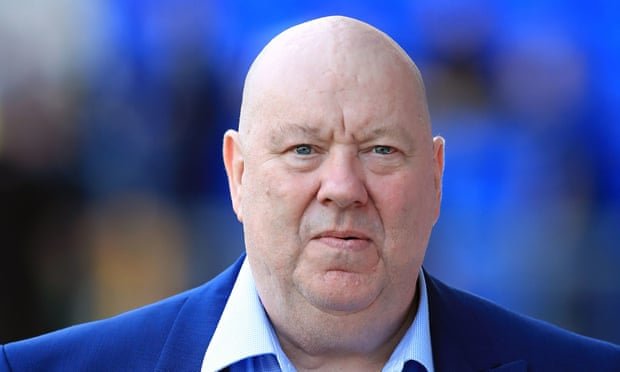 Anderson, who is on police bail, announced the decision on Thursday, saying he would stay away until the end of 2020, when he expects to hear how the police intend to proceed. He said his deputy, Wendy Simon, would act as mayor in his place.

“I have always done what I believe is best for the city, and I am taking the following action with those best intentions in mind,” he said. “It is important that everyone in Liverpool knows that our leaders are focused on what is most important to the people: their livelihoods and, with a pandemic still in force, their lives.

“For this reason I believe it is important that the city, and government, are reassured that our city is indeed operating in the correct way. I am therefore stepping away from decision-making within the council through a period of unpaid leave, until the police make clear their intentions with the investigation on 31 December.”

Simon said: “I would like to reassure you that the city council is concentrating on creating a path of recovery through the Covid crisis.”

Tom Crone, the leader of the council’s Green group, welcomed Anderson’s decision, saying: “His continued presence as police investigations continue is a distraction at an already challenging time for the city.”

Anderson was arrested on suspicion of conspiracy to commit bribery and witness intimidation. He described it as a “painful shock for me and my family, following a difficult few months” during which his brother died after contracting coronavirus and Anderson himself had to shield at home because of underlying health conditions.

He said he wanted to focus on his family and on “returning to a normal they can recognise, with the reassurance that I am no longer under suspicion”.

Anderson added: “Therefore, I am going to focus on cooperating with the police in their ongoing inquiry, as I believe time will make it clear that I have no case to answer.

“This situation has not dampened my passion for our city and the inspiring people who live and work here, most particularly the dedicated public servants who work within the council and the cabinet. They will continue their incredible work, as we would expect, against the challenging circumstances we find ourselves in.

“But I am not prepared to contribute my own circumstances to those challenges, so I have reached this decision for that reason alone.”

Four other men from the city were also arrested as part of the investigation into building and development contracts. Anderson was interviewed by officers on Friday and was suspended from the Labour party.