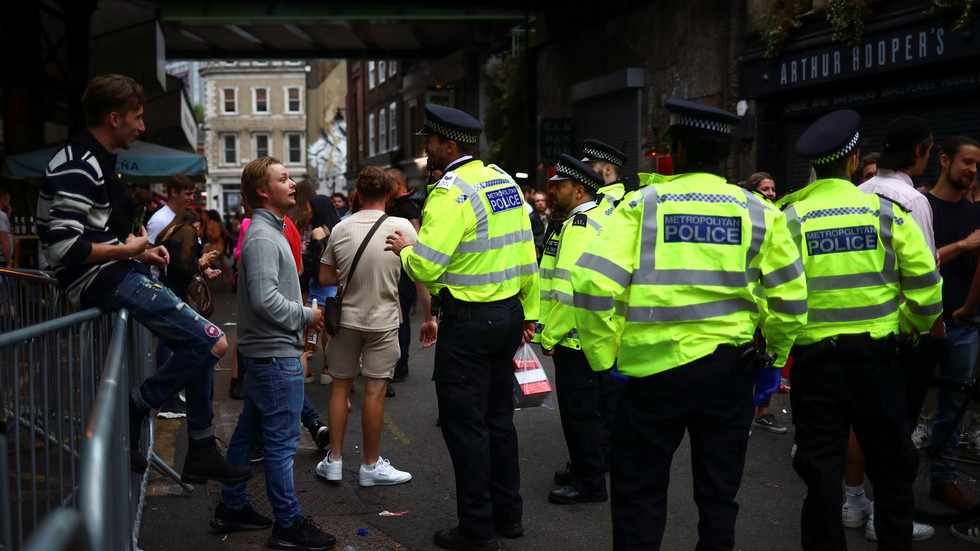 UK Policing Minister Kit Malthouse has provoked a wave of public indignation by suggesting people report their neighbors to police if they violate new Covid restrictions. The idea was likened to East German police practices.

The minister has encouraged people throughout the UK to report anyone not complying with a new regulation that came into force overnight which has quickly become known as the ‘rule of six’. It bans social gatherings of more than six people if they’re not from the same household, and violators can face fines of between £100 and £3,200. Someone who organizes a house party could be slapped with a £10,000 penalty.

The new rules have already been met with an outcry by some Brits, and Malthouse seemingly only added fuel to the fire when he said people should “absolutely” report those breaching them to the police.

“There is obviously the non-emergency number that people can ring to report issues, if they wish to,” the minister told the BBC Radio 4’s ‘Today’ show. “If people are concerned, if they do think there’s a contravention, then that option is open to them.”

His words did not sit well with many people, though, who rushed to express their indignation online. “East Germany” quickly began trending on Twitter, with posters comparing the minister’s suggestion to the practices of Communist East Germany’s infamous security service, the Stasi, which relied on a vast network of informants and snoops to crack down on dissent.

Encouraging people to snoop on neighbours and report each other to the authorities is like communist East Germany. It’s un-British. https://t.co/a19qkmIByM

I really don't like this idea of people being encouraged to report others to the authorities for suspected COVID misdemeanours.

Is that really where we want to go?

It opens the system up to so much abuse, and will turn people against each other. https://t.co/kScivCIIyo

Some even warned about the potentially adverse effect such practices could have on the UK’s “national psychology.”

Man iviewed on Radio4: “if I found out my neighbour were a terrorist, I would report them because they’re potentially a killer. Covid in my opinion is a killer...therefore anyone who flouts the rules is basically the same as a terrorist walking down the road with a machine gun.”

UK Home Secretary Priti Patel defended the ‘rule of six’ measure in a piece for the Sun newspaper, saying it is “easier to understand and easier for the police to enforce.” She also argued that most people would comply with the new regulation anyway, and the “small minority” who don’t should face legal consequences.

Martin Hewitt, head of the National Police Chiefs’ Council, said that officers would not rush to slap suspected violators with fines, but would instead first try to convince them to change their ways. “We are some considerable way from anything that we could describe as Stasi-style,” he said.

Meanwhile, the government’s move was met with resistance, even by some fellow Tories. Former Supreme Court Justice Lord Jonathan Sumption denounced the new regulations as “unenforceable,” arguing that they would only work precisely if a “Stasi-style” network of “snoopers and informers” is in place.

Baroness Jenny Jones, a member of the Green Party and a former London Assembly member, called Malthouse’s comments “ridiculous” and warned him against encouraging “vigilantism.”

Prime Minister Boris Johnson, meanwhile, pronounced the unpopular move a “decisive measure” to bring life back to normal “by Christmas.” The new rules were introduced as the UK saw another surge in coronavirus cases in the first weeks of September, jumping from just over 1,500 in late August to over 3,300 last weekend.