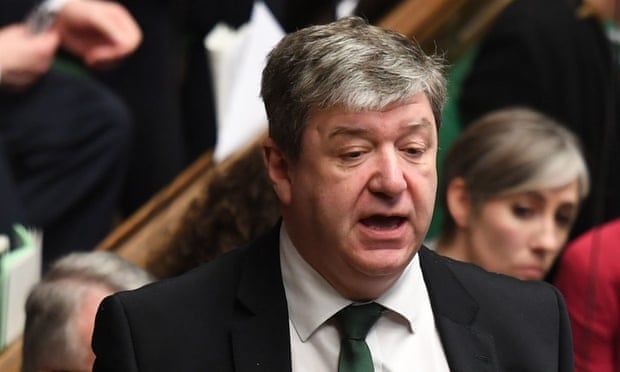 In the one frontbench speech of an opening day otherwise devoted to policy and internal party discussions, Alistair Carmichael laid out what he said was a distinctively Lib Dem approach to helping those fleeing wars and poverty.

“Priti Patel and Boris Johnson want us to believe that everyone is as cruel and selfish as they are, but they are wrong,” Carmichael, who speaks on home affairs for the party, told the conference, which is being held online.

“The United Kingdom has a long and proud history of helping people fleeing for their lives and they are on the wrong side of it.”

He added: “Priti Patel presides over a Home Office that brainstorms ideas about fantasy islands to process the claims of refugees and asylum seekers, building floating walls in the sea or giant wave machines to blow refugees away from our coast.”

Carmichael likened the plight of those seeking to cross the Channel illicitly in small boats to the Afghans who tried to get on planes as the Taliban arrived in Kabul.

“How desperate do you have to be to entrust the safety of your children to someone you have never met – someone to whom you have had to pay a fee – not to take them in a modern purpose-built ferry, but in an open inflatable boat across a busy shipping lane like the Channel or some other stretch of water?” he said.

“I don’t know if our home secretary lacks the empathy or imagination to put herself in the place of these desperate people who take these risks to get to our shores. But I do know that her response to that growing crisis shames our country.

“Her response to people fleeing from war, persecution or torture is to send boats out to the middle of the English Channel and force them back towards France as if she is playing some sort of lifesize game of whack-a-mole.”

The party begins its conference in a generally buoyant mood after its stunning victory in the Chesham and Amersham byelection in June, amid hopes the Lib Dems could take other southern commuter belt “blue wall” seats from the Conservatives.

The conference, which runs until Monday, will be held online apart from the speech by the party’s leader, Ed Davey, on Sunday, which will have an audience of activists and MPs in east London.

The Labour and Conservative conferences, which follow in the next two weeks, will take place physically in Brighton and Manchester.
#Boris Johnson  #Priti Patel  #Johnson
Add Comment