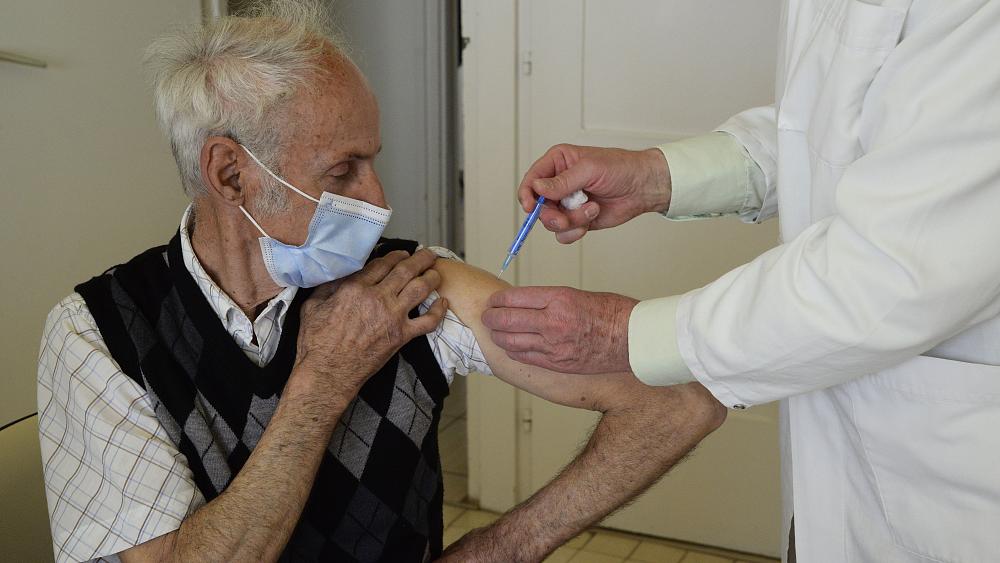 Media in Hungary say a government ban on them from talking to medical staff or reporting from hospitals is putting lives at risk.

The country, hit by a record-breaking third wave of COVID-19, has one of the highest levels of new cases per capita in the world.

In an open letter, 28 Hungarian media outlets demanded that they be allowed inside Hungarian hospitals to talk to medical staff and get a "real picture" of the epidemiological situation sweeping the country.

"Lack of information has serious consequences," they said, arguing that because there is no "real-life material from inside hospitals, many are still downplaying the dangers of the epidemic, not taking protective measures, and this can only lead to more illness and, through it, to an exacerbation of the epidemic."

Like much of Europe, Hungary has been tackling a third wave since mid-February. It is now in its fourth week of new lockdown measures.

But new cases have continued to rise with more than 11,265 infections confirmed on March 26 — the highest one-day number of infections since the beginning of the pandemic.

As a proportion of the population, more COVID-19 patients are being treated in hospitals in Hungary than in any other EU country except Bulgaria.

Deaths have followed suit. The country deplored the loss of a record 302 fatalities on Wednesday and continues to have the highest weekly death rate per 1 million inhabitants in the world.

These worrying figures come despite the country registering the highest vaccination rate in Europe. Over two million people — so more than 20 per cent of the population — have received at least one dose.

Hungarian health authorities have approved the vaccines backed by the European Medicines Agency as well as Russia's Sputnik V and China's Sinopharm.

Government spokesman Zoltan Kovacs said however that "hospitals are for saving people's lives, not for camera crews to disturb hard-working professionals".

In a statement on Facebook, he also accused "left-wing portals" of spreading "fake news to discredit Hungary's healthcare".

The government of Prime Minister Viktor Orban has been accused of cracking down on the free press, including by the European Commission.

The Council of Europe said on Tuesday that "the combined effects of a politically controlled media regulatory authority and distortionary state intervention in the media market have eroded media pluralism and freedom of expression in Hungary".

The human rights organisation called on the Hungarian authorities "to show due regard for the editorial independence of all public and private media" and to condemn all instances of hate speech against journalists.