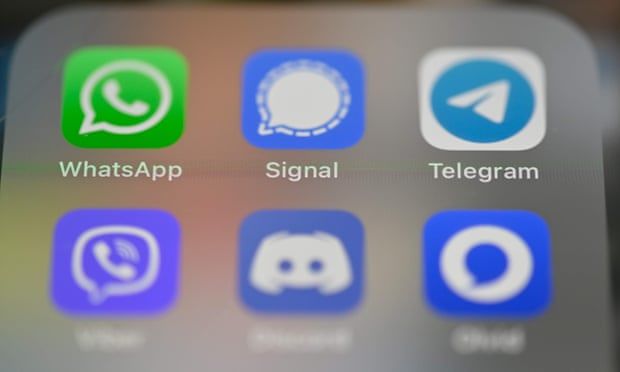 WhatsApp recently introduced the option for users to make messages permanently disappear for both the sender and the recipient after seven days. Its privacy-focussed rival, Signal, used by many Conservative MPs, has had a similar function for some time.

There are growing concerns that politicians and special advisers could be using such features to avoid accountability. Lawyers are now gearing up to bring a judicial review against the use of automatically disappearing messages, on the basis that using such functions makes it impossible to carry out the required legal checks about whether a message should be archived for posterity.

“The basic point is that privacy is for the citizen and transparency is for the government. This government is amassing more and more data on all of us and we have less and less information on them. That has the democratic bargain exactly backwards.”

Almost a decade ago, the Information Commissioner’s Office declared that private emails and text messages used to discuss government business were still subject to freedom of information requests. This followed a dispute between the Financial Times journalist Chris Cook and Dominic Cummings, then an adviser to Michael Gove, after Cummings was found to be directing individuals to contact him via his private email rather than his official work account. Gove and Cummings said they were discussing Conservative party matters, which were not covered by the rules.

However, the ruling has proved difficult to enforce, with many politicians and advisers simply being more discreet about their use of private communications accounts. To complicate matters, government business is increasingly conducted on encrypted messaging apps such as WhatsApp, which makes it harder to obtain records of the decision-making process. Some officials have also been known to use accounts on the highly encrypted ProtonMail service to avoid scrutiny.

While an individual could be prosecuted for destroying messages after a freedom of information request is received, the recent arrival of simple-to-use self-destructing messaging functions in popular apps has raised new concerns about legal processes.

The case builds on work by Richard Ovenden, who is currently Bodley’s librarian at the University of Oxford and president of the Digital Preservation Commission. He has said that politicians’ use of disappearing messages leaves them “unable to be scrutinised by the public who they are employed to serve” and affects both citizens and future historians.

The lawyers argue that existing legislation dating from 1958 requiring documents to be archived does not distinguish between formats, whether they are formal letters or disappearing digital messages.

Crider is bringing the case on behalf of the Citizens, a non-profit political group that has run campaigns including an investigation of the government’s distribution of pandemic-related contracts and the setting up of a rival Facebook oversight board. A crowdfunding campaign is expected to help with the costs of the case.

A spokesperson for the Citizens said: “Government business is being conducted under a cloak of secrecy enabled by the tech platforms. We desperately need to challenge what we believe is a clear breach of the law on behalf of both Britain’s investigative journalists and its future historians.”

A Cabinet Office spokesperson said: “Records of official communications are retained in accordance with the relevant publicly published guidance. There are appropriate arrangements already in place and this is kept under periodic review.”
#Facebook
Add Comment