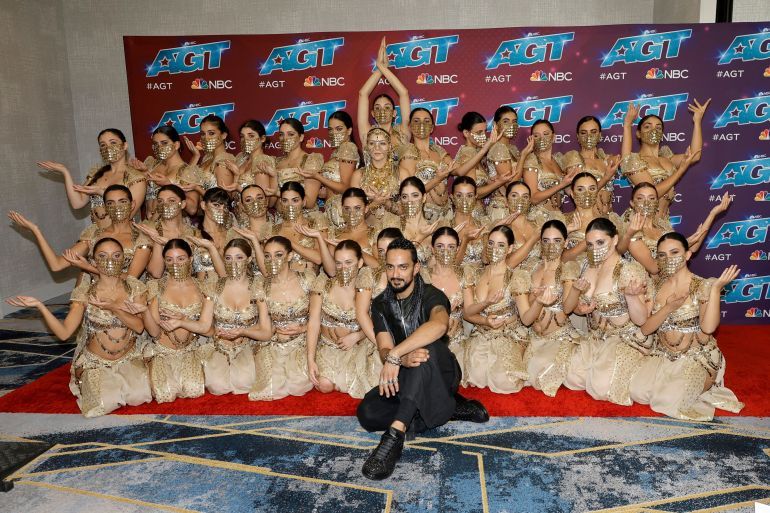 Mayyas, an all-female dance act from Lebanon, won the $1m prize and the chance to headline a Las Vegas show.

A Lebanese alternative dance troupe has won the top prize on the popular American television show America’s Got Talent, becoming the first Arab participants to do so.

Mayyas, an all-female dance act, won the $1m prize, and the chance to headline a Las Vegas show, after they received the most votes from the public, beating the other 10 finalists.

“Lebanon, this one’s for you,” the group said on their Instagram page following their win in the two-hour finale.

The troupe said their name had come from the Arabic word for “the proud walk of a lioness”.

During their final act, Mayyas’s members wore golden face masks, white feathered belly-dancer outfits, and carried sparkling globes of light as they performed, which was met by a standing ovation from the show’s audience and judges.

This is not the dance troupe’s first reality TV win. Founded by choreographer Nadim Cherfan, Mayyas appeared on the sixth season of Arabs Got Talent in 2019, and went on to win that show as well.

In the same year, they reached the semi-final stage after participating in Britain’s Got Talent: The Champions, an international spin-off of the United Kingdom talent show.

During their audition for the 17th season of America’s Got Talent last June, actress judge Vergara was so impressed with Mayyas that she gave them the golden buzzer, which fast-tracked them to the live shows.

“I’m so proud,” Vergara tweeted after the winners were announced. “You deserve this!”

Mayyas has enjoyed popular support not just from its home country but across the Arab world, garnering almost 370,000 followers on the group’s Instagram page.

Many of Mayyas’s Lebanese fans have praised the troupe for representing them on an international stage, during a time when the country is increasingly mired in chaos and racked with political corruption, steep inflation and a worsening economic crisis.

“I hope you return home with the title … you have lifted up Lebanon’s name by showing the rest of the world the best of what art is,” she wrote.