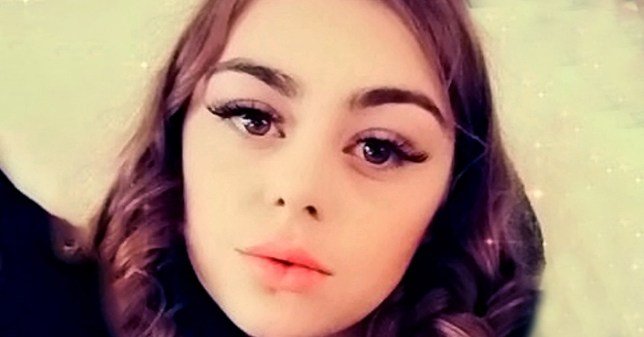 A learner driver killed a woman in a hit-and-run while ‘showing off’ to her boyfriend, who then drove the car away and helped cover her tracks.

Kennedy Lucas lost control after accidentally accelerating instead of braking and crashed into Krystal Hamilton, 20, who was walking home from the shops.

She also careened across a nearby grass verge in a complete circle and smashed into a wall, causing an estimated £11,000 of damage.

CCTV footage shows the couple swapping seats less than 10 seconds after the impact before Lucas’s boyfriend Vinny Guess drives off leaving the 24-year-old at the scene.

Lucas then tried to flag someone down, who happened to know Ms Hamilton, and told them there had been a ‘hit and run’, Northampton Crown Court heard.

She told concerned neighbours who had gathered at the scene she would be ‘back in two minutes’ and left without returning.

Within two hours police arrived at the couple’s home to ask about the damaged Volkswagen Passat in front of their house. 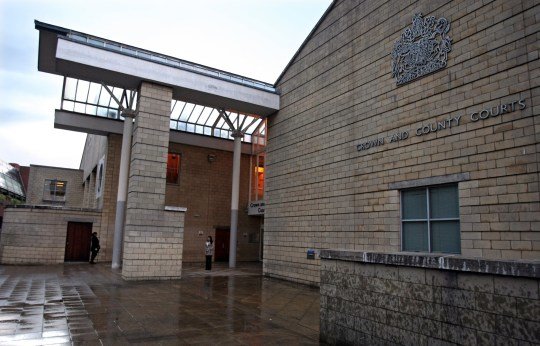 But Lucas hid her car keys and told the officers she did not know anything about the accident and that ‘people park there all the time’.

During this time Krystal had been rushed to the University Hospital Coventry with a severe head injury.

The next day Lucas and Guess saw a Facebook post asking about the ‘girl at the scene who saw everything and left’ that people were ‘looking for’.

They turned themselves in that morning, 12 hours crashing into Ms Hamilton, who died 10 days later in hospital with her mother beside her.

Lucus, from Luton, Bedfordshire, admitted to causing death by careless driving and perverting the course of justice on February 6.

Yesterday she was jailed for 30 months and disqualified from driving 18 months.

Guess, from Houghton Regis, Bedfordshire, pleaded guilty to perverting the course of justice and was jailed for 20 months.

Lucas later told police in interview: ‘I just wanted to have a little play around. But playing around has consequences.’

Judge Rupert Mayo said: ‘It is as serious as it gets. It involves staying by the person fighting for her life and doing nothing. It was devious.

‘Rather than attending the scene and making sure that person in the road had emergency assistance and accepting the blame, she stayed at the scene and acted what was described as rather coolly.

‘She strongly implied she wasn’t responsible and it was a hit and run driver.

‘Nothing I say in the sentencing I pass can bring Krystal back. Her family rather understandably are devastated and feel Krystal has been stolen from them.

‘They are perfectly entitled to those views. The scars will take a lifetime to heal. Her life was without value – it was priceless.

‘The only reason that I can define for [Lucas] driving the car is that she wanted to show off to her partner.’