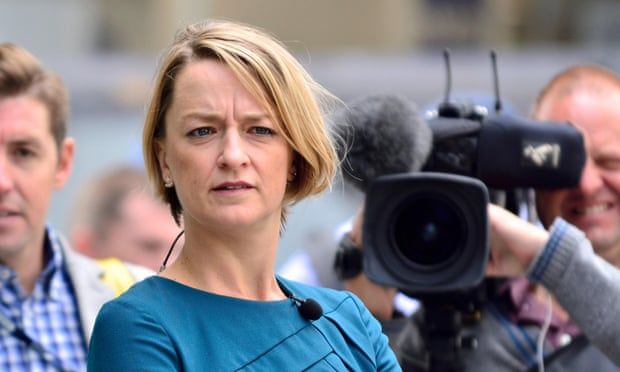 Laura Kuenssberg to step down as BBC political editor at Easter

As first revealed by the Guardian in October, she has been in talks about taking up a presenting role on Radio 4’s Today programme as part of a reshuffle of the broadcaster’s on-air staff. She has also been tipped as a possible replacement for the recently departed Andrew Marr as host of the corporation’s flagship Sunday morning political interview programme.

Kuenssberg’s departure comes at a tricky time for the broadcaster, which is under immense political and financial pressure from the government. The job of choosing the new political editor will be one of the first key decisions to be made by the BBC’s next director of news. An announcement on who will fill that position is expected soon, with interviews completed in recent weeks.

The BBC will face pressure from politicians over its choice for the job – a far cry from the relatively quiet internal BBC recruitment process that led to Kuenssberg’s appointment in 2015. Julian Knight, the Conservative chair of the culture select committee, has already suggested the BBC should look outside the corporation and hire a journalist who is “much more pro-Brexit”.

Kuenssberg’s time as BBC political editor, during which she covered a febrile period of politics including the Brexit referendum and two general elections, has coincided with enormous scrutiny of how the broadcaster’s political journalism shapes the national news agenda.

She found a new audience by appearing on the Brexitcast podcast throughout the lengthy negotiations on the UK’s departure from the EU but also faced accusations of bias from across the political spectrum. In 2017, after concerns for her safety, she was forced to attend the autumn party conference season with a bodyguard.

Kuenssberg said: “I’ve been so lucky to do the best daily reporting job in the business, with the best colleagues anyone could wish for. It’s been incredible to occupy the chair during a time of such huge change and to try to make sense of it for our viewers, listeners and readers online.

“I’ll miss the daily drama, and our wonderful team in Westminster, immensely. But after nearly seven years and what feels like decades’ worth of headlines, it’s time for the next move.”

If Kuenssberg does join the Today programme then the Radio 4 show would have six presenters, more than it has had in recent years, prompting internal BBC speculation that one of the current hosts could be moving to another job. The surprise decision by Andrew Marr to leave his Sunday morning political interview programme has opened up a vacancy in that slot, which has often been linked to Today’s Nick Robinson.

The BBC director general, Tim Davie, paid tribute to Kuenssberg. “Laura has been an outstanding BBC political editor throughout the most turbulent political times in living memory. Her incisive commentary, tough questioning and astute insight have guided our audiences through the last seven years,” he said. “She’s a superb interviewer and engaging presenter, and I’m thrilled that we are keeping her on our screens and airwaves. I’m looking forward to her next chapter.”
Add Comment