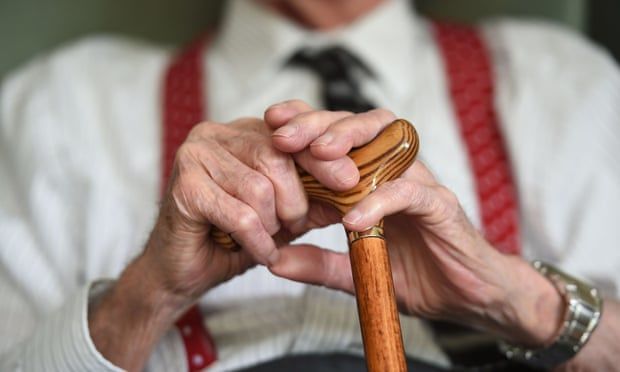 Jonathan Ashworth to commit party to increasing investment in research from £80m to £160m a year
Labour will double spending on dementia research if it wins power to help British scientists’ efforts to find a cure, the shadow health secretary will pledge.

Jonathan Ashworth will commit Labour to increasing investment in research into the condition from £80m to £160m a year if the party is elected.

His promise comes amid concern among dementia charities that Boris Johnson has not delivered on an almost identical promise two years after making it during the 2019 general election campaign.

Ashworth will accuse the Conservatives of breaking the pledge they made in their manifesto to put “an additional £83m a year” into research on potential treatments for dementia as part of a plan to invest £1.6bn over 10 years.

The Department of Health and Social Care (DHSC) admitted last month that, despite the government declaring dementia to be a priority, funding for research had fallen by £7.2m from £82.9m in 2018-19 to £75.7m in 2019-20 – the year Johnson committed to the much larger sum. No figures for spending in 2020-21 have yet been published.

In his keynote conference speech in Brighton, Ashworth will say: “The economic cost [of dementia] is billions; the human cost unquantifiable. Throughout the history of the NHS, the genius of medical science has developed cures and therapies once thought beyond our horizons. What seem like medical miracles today will be routine tomorrow.

“I want us to raise our sights and glimpse at the possibilities of the future. But in recent years dementia research funding has fallen under the Tories. Instead, a Labour government will double funding for dementia research to play our part in finally finding a cure for this cruellest of diseases.”

The money would come from the 3% of GDP that Labour plans to ringfence for science and research.

Ashworth will add that at the present rate, it will take the government 19 years to deliver the promised £1.6bn, whereas Labour’s commitment means it would happen within a decade.

One in three people born today are expected to develop dementia in their lifetimes.

The Alzheimer’s Society has also said that hitting the £1.6bn target will involve spending an extra £800m.

Dementia and Alzheimer’s disease kill more than 66,000 people a year in England and Wales, according to the most recent figures from the Office for National Statistics. That represents 12% of all deaths.

Britain is a world leader in research into improving the diagnosis and treatment of dementia.

Thomas said: “The strength of UK scientists and investment over the last decade has led to some real progress in dementia – in translating breakthrough in research into potential new treatments and in innovations around using big data to help with early diagnosis.”

A DHSC spokesperson said: “We are already funding a huge range of projects designed to make breakthroughs for people living with dementia and UK researchers are at the forefront of global efforts to find a cure or disease-modifying treatment by 2025.”
#Boris Johnson  #Johnson
Add Comment