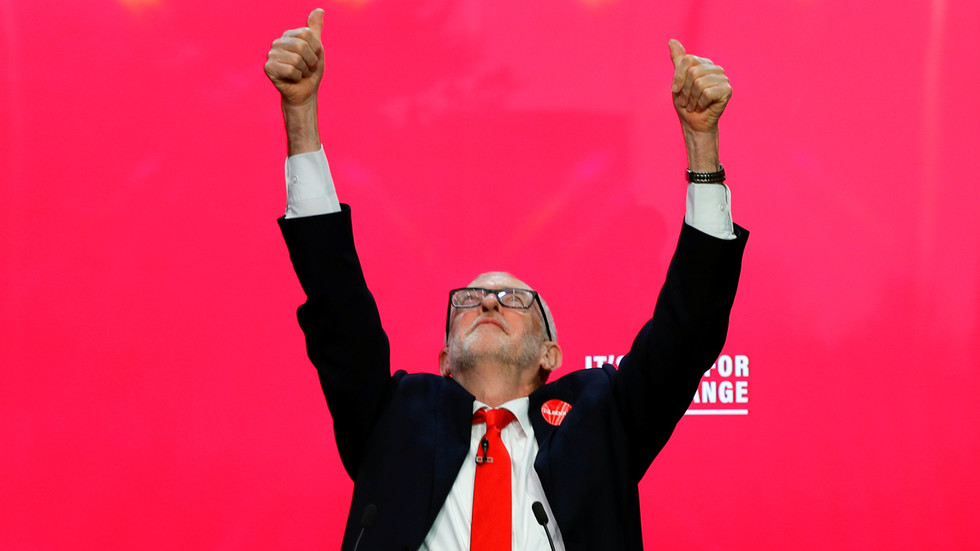 British Labour Party leader Jeremy Corbyn has said that he would remain neutral on a potential second Brexit referendum if he were elected Prime Minister next month.

“I will adopt as prime minister, if I am, at the time, a neutral stance so that I can credibly carry out the results of that [referendum],” Corbyn told a BBC audience on Friday. Corbyn had hinted for some time that he would remain neutral on the topic, but had not addressed it directly until now.

Jeremy Corbyn, the People’s Prime Minister, standing on the grass, talking to the massive crowd that has gathered in Sheffield this evening, to welcome him ahead of the BBCQT #GE2019 Leaders Special #GetJohnsonGone pic.twitter.com/HwmVxYS31c

Some Labour Party MPs have nevertheless vowed to campaign against Britain’s departure from the EU. Scottish Labour’s Richard Leonard said on Friday that his sub-party will continue to push back against Brexit, even if Corbyn secures a better deal with the EU next year and puts it to a referendum.

While Prime Minister Boris Johnson intends to stick by the existing deal between London and Brussels and withdraw from the EU in January, Corbyn has promised to negotiate a fresh agreement and hold a second referendum on that deal next year, essentially giving the British public a chance to leave with the deal, or remain in the EU.

“I want us to come together to put the Brexit issue finally to the British people to decide between ‘leave with a good deal’ or ‘remain and reform the European Union’,” he said in September.

While Corbyn may view neutrality as his best bet before next month’s general election, the Conservative Party has accused him of fence-sitting.

"Jeremy Corbyn has just confirmed that he has no plan for Brexit - he will not even say if he thinks we should leave or remain," read a Tory response to his statement.