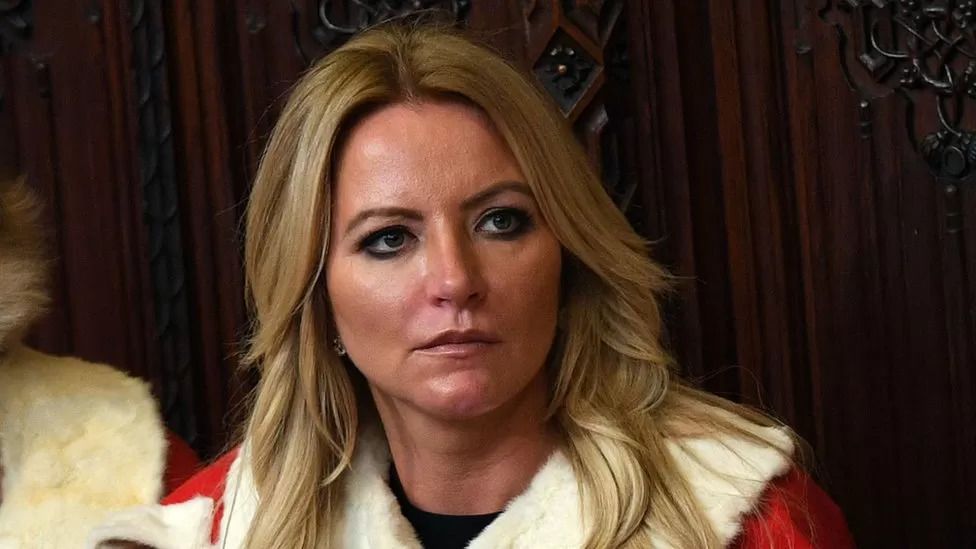 Labour's deputy leader Angela Rayner has accused the government of a "total failure of due diligence" and a "conflict of interest" when it awarded contracts to get personal protective equipment from a company called PPE Medpro.
PPE Medpro won government contracts worth £203m during the Covid-19 pandemic.

The Guardian has published allegations based on leaked documents that Conservative peer Michelle Mone financially benefitted from the company.

The Glasgow-born businesswoman, who joined the House of Lords in 2015, has been previously linked to PPE Medpro.

Emails released under Freedom of Information laws show her referring the company to a government minister during the pandemic.

Baroness Mone is being investigated by the House of Lords Standards Commissioner in connection to PPE Medpro. Properties linked to the company have previously been searched by the National Crime Agency.

Referencing the Guardian story during an urgent question in the House of Commons, Ms Rayner said it appeared "tens of millions of pounds" from the money awarded to the company "ended up in offshore accounts connected to the individuals involved".

In response, Health Minister Neil O'Brien told MPs it had been widely reported PPE Medpro had an "underperforming contract" and the government could claim for damages, which can be followed by litigation if an agreement isn't reached.

He said a satisfactory agreement had not been reached with PPE Medpro yet. He also stressed the urgency of securing supplies of PPE during the pandemic.

At the time, he said, the government was operating under "extraordinary circumstances" to quickly get PPE to the frontline.

Medpro has previously said that its gowns passed technical inspection and met the contractual requirements.

Baroness Mone has previously told the BBC through her lawyers she never had any role or function in the company, or in the process in which contracts were awarded.
#COVID-19  #Covid
Add Comment