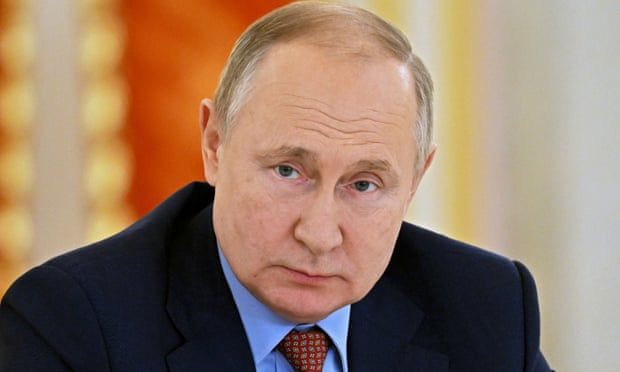 David Lammy and Rachel Reeves say £1.93m came from donors trading in Russia or with alleged links to Putin
Labour has called on the Tories to return money from donors with links to Russiain response to tensions over Vladimir Putin’s military buildup on the Ukrainian border.

In a joint letter, David Lammy, the shadow foreign secretary, and Rachel Reeves, the shadow chancellor, called on ministers to address Russian finance flowing into the UK.

Truss has said oligarchs and key supporters of Putin will be targeted by UK sanctions if Russia invades Ukraine, but offered no new money-laundering curbs.

The Foreign Office has threatened to seize the wealth of Putin’s inner political circle and business backers.

Labour criticised the package for failing to speed up the long-promised structural measures to tackle money laundering in the UK, including measures first announced by David Cameron in 2014 and 2015.

In their joint letter, Lammy and Reeves said: “We believe, however, that there is much more that can be done to address the UK’s openness to suspect Russian money.

“For years, the Labour party have raised the alarm about the role of dirty money in the UK and the lack of action from the Conservative government. Despite repeated warnings, the government has been asleep at the wheel and needlessly left our defences down at home.”

They said this “openness to illicit finance has begun to damage our diplomatic efforts, with the Biden administration being warned that the widespread presence of suspect Russian money in the UK could jeopardise Britain’s response to this crisis”.

Johnson said last week that he would bring forward an economic crime bill in the third session of parliament, but Labour said this should already have happened.

In particular, they called for reform of Companies House to prevent fraud and abuse, a register of overseas entities, foreign agent registration, new counter-espionage laws, a replacement for the computer misuse act and additional powers for the Electoral Commission.

“We can’t stand up to Russia’s aggression abroad while ignoring Russian-linked corruption at home,” they said. “It is in our national and economic interests for the government to address the challenges of hostile influence and interference which the government’s inaction and behaviour have regrettably permitted.”

The Guardian reported last week that anti-corruption campaigners were accusing the government of failing to curtail Russian wealth and influence in Britain, despite years of provocative actions from the Kremlin.

“Donations are transparently declared to the Electoral Commission and openly published by them.”
#Boris Johnson  #Johnson
Add Comment