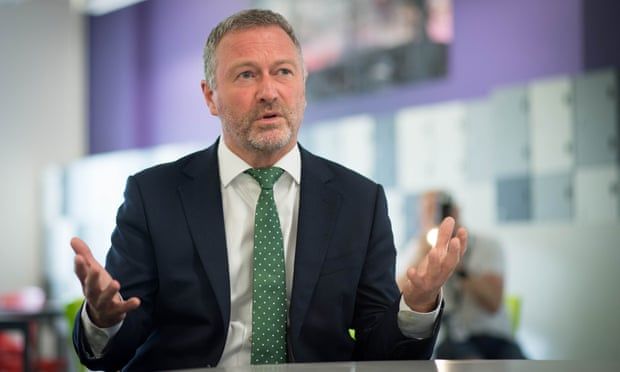 Examination of community renewal fund follows similar concerns about so-called ‘levelling-up’ fund
Labour has called for an independent investigation into the allocation of funds intended to assist the most deprived regions unless ministers can explain why a significant chunk of the money will go to better-off areas.

It comes as a Guardian analysis of one of the three funds detailed in Wednesday’s budget showed that almost a third of the areas in England selected to receive money are not notably deprived, and that of these, almost 90% are entirely represented by Conservative MPs.

The examination of the community renewal fund (CRF) follows similar concerns about the other two funds that were detailed where details were announced at the budget.

For the so-called “levelling-up” fund, again about a third of English areas picked to receive money are not in the top third of the most deprived regions, the vast majority being Tory areas. With the towns fund, 39 out of 45 places chosen have Tory MPs.

The shadow communities secretary, Steve Reed, said the choice of recipients “must be done transparently, fairly and with a say for local communities … “Ministers’ murky decisions to prioritise wealthier areas are anything but fair or transparent.”

He said ministers must explain why some better-off areas had been prioritised for funding over others that were significantly more disadvantaged.

“If they refuse there must be an independent investigation that looks at the relationship between these three funds and how ministers decided who got funding and who didn’t,” he said.

Reed has submitted parliamentary questions to Rishi Sunak, asking the chancellor to outline the funding formula for the CRF, and to ask whether he saw lists of priority funding for the CRF and the levelling-up fund before they were published.

Richmondshire in North Yorkshire, which is part of Sunak’s constituency, received money from both funds, despite being in the bottom third of most deprived places in England by average deprivation score.

Both the CRF and levelling-up fund also cover Scotland and Wales, but deprivation levels are calculated differently between the nations, so the Guardian analysis of the CRF used only the 73 English regions among the 100 listed as first to get money.

Of these, three were in the least deprived third by average deprivation score – Richmondshire, East Northamptonshire and Derbyshire Dales. All are entirely represented by Conservative MPs.

Another 19 were in the first group to receive funding from the CRF despite being in the middle third for deprivation. Sixteen have only Tory MPs, and three have a mixture of Tory and Labour representatives.

The cross-party public accounts committee said it was “not convinced by the rationales for selecting some towns and not others” when the first money from the fund was distributed by the Ministry of Housing, Communities and Local Government (MHCLG) in 2019. The towns fund only covers England.

A series of regional mayors and council leaders have queried the way money from all three funds has been arranged, and why a number of notably deprived areas have seemingly missed out at the expense of better-off places.

A MHCLG spokeswoman said that rather than using just deprivation measures, the CRF “prioritises areas with low economic resilience, taking into account productivity, household income, unemployment, skills and population density to ensure we reach a wider range of areas that have been previously left behind, including rural areas”.
Add Comment