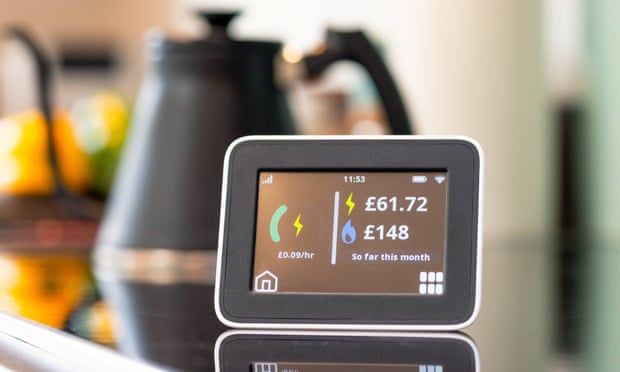 Ofgem announcement will ‘strike fear’ into hearts, says Rachel Reeves, amid accusations of profiteering at oil and gas firms

The energy regulator is set to approve a record increase in household bills on Friday as pressure mounts for an emergency budget to tackle the cost of living crisis.

The industry price cap, which sets the maximum rate suppliers can charge, is expected to top £3,500 a year from October for the average dual-fuel tariff, an increase of more than £1,500 from April.

The Ofgem announcement, which Labour said would “strike fear” into hearts across the country, will lend new urgency for calls on government to step in to expand on the £15bn package to tackle rising household costs announced in May.

Wholesale gas prices have risen even further since then and touched new records on Thursday, signalling little respite in the relentless rise in energy prices. Experts have predicted that average annual bills could top £5,000 from January with rising power prices pushing inflation up past 18% next year.

Stark data showed that Britons have already fretted over bills this summer despite low energy usage compared with the winter peak. A YouGov poll showed about 40% of 1,700 adults surveyed have struggled with food and energy bills over the past three months. Around three-quarters of those polled said the government is doing too little to help those struggling with the recent rise in the cost of living, including two-thirds of Conservative voters.

The shadow chancellor, Rachel Reeves, said: “The only people resisting measures to help people are the government. We wanted parliament to be recalled ahead of the [Ofgem] announcement but that did not happen.

“We want an emergency budget. We want the government to say what they are going to do. This announcement is going to strike fear into the hearts of families up and down the country. Urgent action is needed. Everyone has come up with plans for action apart from Liz Truss and Rishi Sunak – the two people who can actually do something about it – who have been silent.”

Despite warnings that two-thirds of households, or about 45 million people, will have been pushed into fuel poverty by January, the two contenders to replace Boris Johnson as prime minister and leader of the Conservative party have so far declined to set out any significant new measures to shield the most vulnerable families. Sunak has promised to scrap VAT on energy bills and an as yet uncosted increase in help for households on benefits, while Liz Truss has pledged assistance “across the board” for companies and households. Both Truss and Sunak have ruled out a freeze on the energy price cap. Labour leader Keir Starmer has laid out a £29bn to freeze the cap funded, in part by a beefed-up £8bn windfall tax on energy company profits.

The outsized profits enjoyed by oil and gas companies since Russia’s invasion of Ukraine were underscored on Thursday when the North Sea’s biggest oil and gas producer announced a 12-fold rise in profits. Harbour Energy said half-year earnings had reached $1.5bn (£1.3bn). Harbour said it would hand an extra $200m to shareholders on the back of the bumper revenues. Eye-watering profits at large oil and gas producers since the war have sparked accusations of profiteering by and led in May to Sunak introducing a windfall tax.

The union Unite said major energy suppliers, distributors and generators had made a combined £15.8bn in profits in the past year. Unite general secretary Sharon Graham claimed “rampant corporate profiteering is at the very heart of soaring energy bills”.

Fuel poverty charity National Energy Action (NEA) estimated that the cap’s rise above £3,000 would push the number of UK households in fuel poverty from 6.5m to 8.5m.

Adam Scorer, chief executive of the NEA, said: “The scale of harm caused by these price rises needs to sink in. A warm home this winter will be a pipe dream for millions as they are priced out of a decent and healthy quality of life.

“Even with a mild winter, millions are facing a big freeze. Action is needed now to prevent the bleakest of winters.”

Don’t Pay, the campaign group attempting to organise a mass non-payment of bills this autumn, said Ofgem’s announcement would lead to millions of people “facing either a mountain of debt or a death sentence this weekend”.

Alex, a Levenshulme resident who signed up to the Don’t Pay campaign, said: “We’ve been left with no other choice but refusing to pay. This bill hike is going to hit people like a sledgehammer – meaning many millions are facing either a mountain of debt or even a death sentence this winter.

“The tragedy of the situation is that it doesn’t have to be this way – and other countries are showing that these monstrous energy bill hikes aren’t inevitable.”

In Poland, households can now apply to purchase coal, the country’s biggest heat source, using a government subsidy while Spanish citizens have seen gas canister prices fixed until next year. Italians have received a €200 (£168) “cost of living bonus”.

Graham Duxbury, chief executive of the charity Groundwork, which attempts to reduce poverty, said: “What we need is simpler, more stable funding models so that we can help those worst off to make best use of the help they’re getting and preserve as much warmth as they can this winter, but also help those who are being pitched into fuel poverty for the first time to make the practical and behavioural changes needed to minimise their bills.”

Environmental campaigners have said the government should redouble efforts to improve the energy efficiency of homes in light of the energy crisis. Mike Childs, head of policy at Friends of the Earth, said: “A nationwide, street-by-street home insulation programme, focusing on those most in need, would slash energy use, reduce climate-changing pollution and could cut energy bills by £1,000 or more each year.”